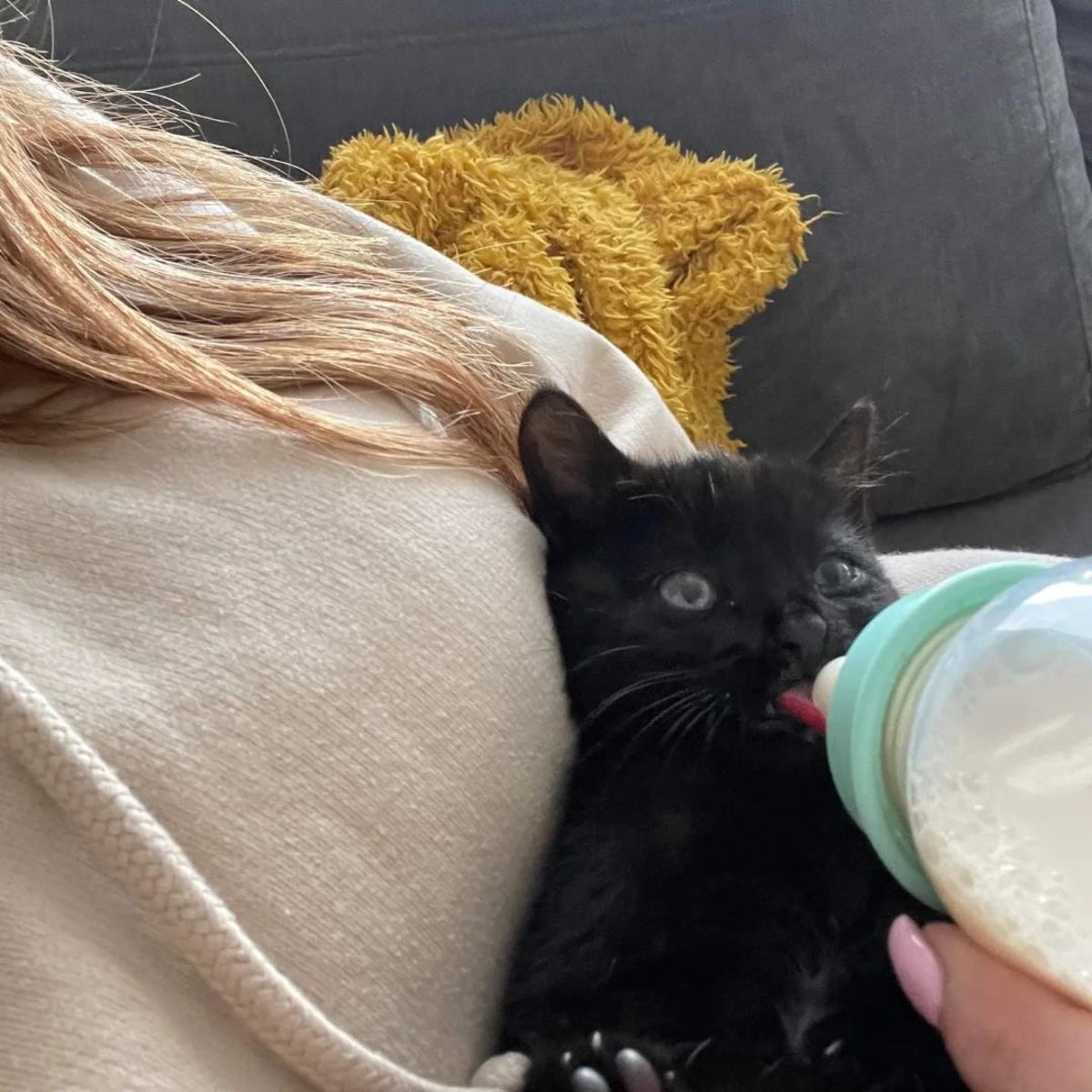 A “feisty little” kitten is protected after being rescued by a site visitors officer from the central reservation of a motorway.

National Highways’ Gavin Buffam noticed the tiny black feline between junctions six and 7 on the M18 northbound close to Doncaster on Saturday, and managed to “scoop” it up.

Buffam mentioned involved members of the general public had referred to as in throughout the day and he had been on the look out for the kitten.

Traffic on the highway was finally stopped to permit Buffam to gather the wanderer, who has now been named Smudge.

“The third time I went out, I found it up against the concrete central reservation,” Buffam mentioned.

“I went to grab it but it was very scared and ran off, so for my safety, the safety of road users and of course the kitten, another crew instigated a rolling road block to stop the traffic so I could try and get it.

“I managed to scoop it up eventually.”

Buffam added that Smudge was “a feisty little thing”.

“Once it was in the car, it tried to bite my fingers a few times but I got it settled and took it back to the depot,” he mentioned.

“It was definitely a challenging job but I’m glad it’s had a happy outcome even if the kitten is missing one of its nine lives.”

The daughter of colleague on the depot took the kitten residence, cleaned it and fed it.

They will take Smudge to the People’s Dispensary for Sick Animals (PDSA) to verify whether it is microchipped and attempt to reunite it with its proprietor.

If the kitten is with no microchip or an proprietor can’t be recognized, “it’s safe to say there’s a new addition to the family”, a spokesperson from National Highways mentioned.

If Smudge is confirmed to be male by the PDSA, it will likely be renamed Little Gav, after its rescuer.