by indianews
in Lifestyle
0 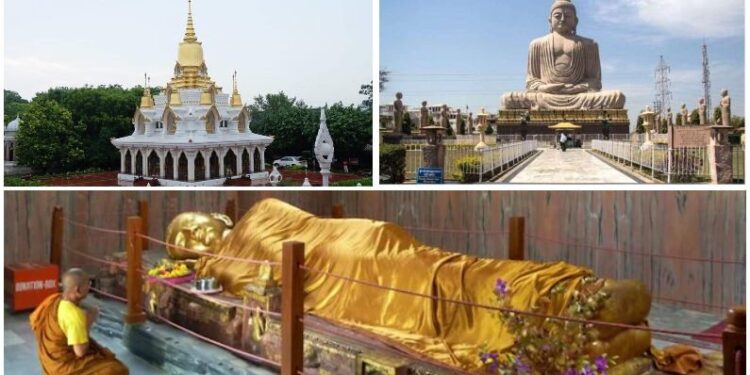 Famous Buddhist Temples India: There are many wonderful temples dedicated to Buddha all over the world. Let us know which are the major temples of Buddha in India.

If there is a problem of thyroid in pregnancy, then do not be careless at all…

Avocado home remedies to protect your skin and hair from weather change, know

It would not be wrong to say that Buddhism is one of the most loved religions in the world. Which was founded by Lord Gautam Buddha. Lord Gautam Buddha attained enlightenment at Bodh Gaya and gave his first sermon at Sarnath, Varanasi. After this Buddhism became the most popular. The wonderful teachings of the Buddha, which promoted non-violence, truth and detachment, became universal. There are many wonderful temples dedicated to Buddha around the world. Let us know which are the major temples of Buddha in India.

The Mahabodhi Temple in Bodh Gaya, Bihar is one of the most sacred pilgrimage sites for Buddhists. This is the place where Lord Buddha attained enlightenment sitting under an ancient Bodhi tree. The tree is still inside the main temple. This temple was built by King Ashoka. There is also a grand statue of Buddha made of yellow sandstone.

Sarnath temple needs no introduction. One of the Buddhist pilgrimage sites, Sarnath is the place where Buddha gave his first sermon to his disciples. This temple located in Varanasi was built by King Ashoka. Some of the major places to visit here include Chaukhandi Stupa, Moolgandha Kuti Vihar, Dhamek Stupa and Dharmarajika Stupa.

This temple is no less than a treasure for those seeking peace and a quiet place to practice meditation amidst nature. This beautiful temple has a prayer hall where one can meditate and pray in peace. The spiritual aspect of this place is its specialty. You will see a fusion of Buddhist and Thai architecture here.

This temple is established in one of the most spectacular Indian places. Right in the midst of sky-touching mountains and soothing landscapes. This religious site is a part of Thiksey Monastery, and is famous for the 49 feet tall statue of Lord Buddha. Pilgrims and travelers from all over the world come here for the beauty and spiritual significance of this place.

Mahaparinirvana Temple in Kushinagar, Uttar Pradesh is another holy pilgrimage site dedicated to Buddha. The temple is popular among locals and foreigners alike due to its beautiful architecture and splendid work in red sandstone. Swami Haribala, one of the great followers of Buddha, got this temple built here.

Located in the foothills of the Himalayas, the Golden Pagoda Temple or Kongmu Kham is spread over an area of ​​20 hectares in the Namsai district of Arunachal Pradesh. The main attraction of the temple is its 12 domes, which were recently built in 2010. It is a beautiful example of Burmese architecture.

It is one of the most famous Buddhist temples in Northeast India. This place is full of devotees and meditation lovers. The temple is completely surrounded by natural beauty. This makes it a great place to meditate and pray.

Also read- Udaipur Interesting Facts: Some interesting facts about Udaipur that every traveler should know