Will Sachin Pilot be able to fulfill his dream of becoming a pilot of Rajasthan on the pretext of farmers? 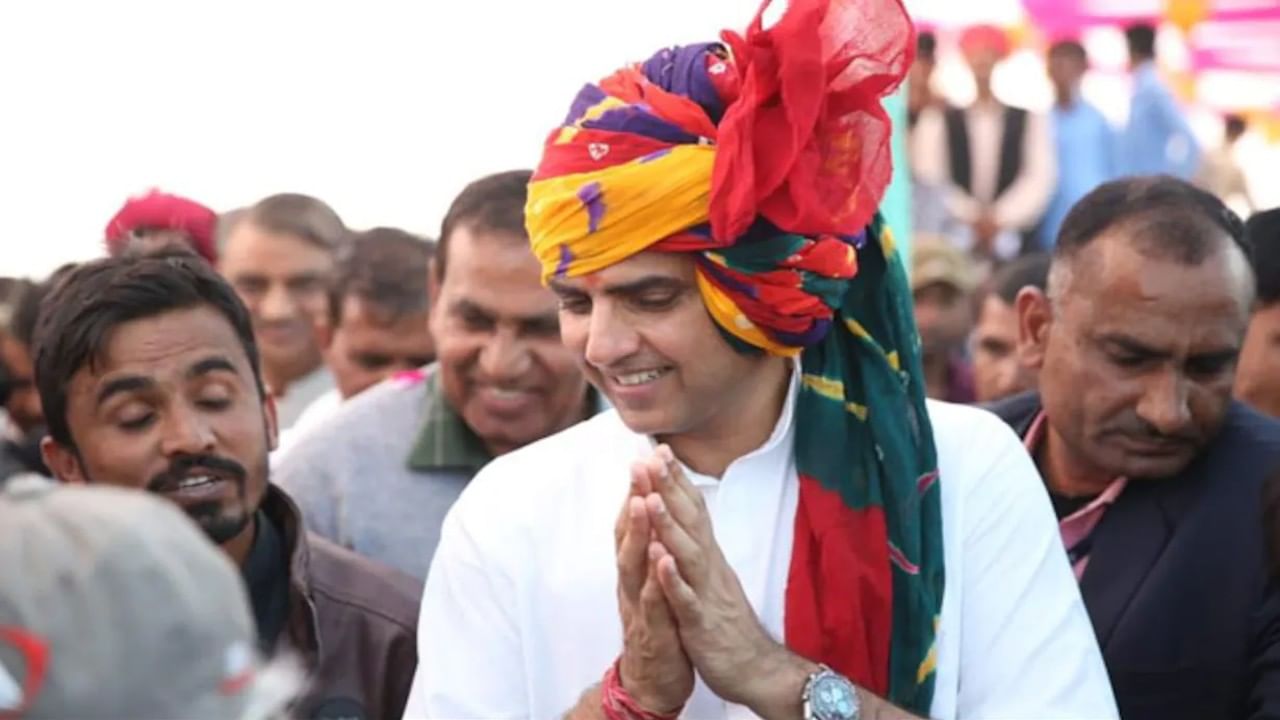 When Rahul Gandhi’s ‘Bharat Jodo Yatra’ Rajasthan When reached, tried to show that everything is fine now, CM Ashok Gehlot The ongoing dispute between Sachin Pilot and Sachin Pilot also seemed to have stopped, but the very next day in Dausa, the supporters of the Pilot faction raised slogans ‘How is our CM… Sachin Pilot By saying ‘as it should be’, he made it clear that what is his wish?

The CM post is also the reason for the real fight between Gehlot and Sachin Pilot, the signs of which have started appearing once again. This time Sachin Pilot is seen in full preparation, he is showing his strength by holding Kisan Sammelan for the next five days in the areas considered to be Congress strongholds. The special thing is that there is no program announced by the party. In such a situation, it is being seen directly linked to the power performance of the pilot. He has started it from Nagaur to Parbatsar on Monday. But the big question is whether the support of farmers will be able to make Sachin the pilot of Congress in the next elections?

Patience is responding or the reason is something else…

Less than 10 months are left for the elections in Rajasthan, in such a situation the patience of the Pilot faction is paying off. In fact, the leaders of the Pilot faction believe that the time for the elections is short, so whatever decision has to be taken should be taken as soon as possible, so that the new government can get time to work. Apart from this, the high command is constantly assuring them, but no decision has been taken so far. Not only this, even the leaders who rebelled against the party in September have not yet responded to the show cause notice. The pilot group is also angry about this. On last Monday also, Pilot had kept distance in the meeting of the Congress State Committee.

The purpose of sensing the political wind

The trend of Rajasthan is similar to that of Himachal Pradesh, the people here also believe in changing the government after every five years, there are many issues against Congress in Rajasthan including anti-incumbency and unemployment which can harm it in the next elections, besides The trend of Rajasthan is also in favor of BJP, in such a situation, Sachin Pilot is trying to sense the political wind before the elections, that is why Sachin Pilot has landed on the ground with his supporters about ten months before the possible elections. Five of his meetings are going to be held from Monday. This is being called Kisan Sammelan. In fact, at present, there is a Congress government in Rajasthan, if the election maths goes according to the trend, then the BJP government can come, in such a situation even if Sachin Pilot is made the face of the Congress, then his political career will be at a loss.

What is the right timing..?

Sachin Pilot inaugurated the five-day Kisan Sammelan from Parbatsar in Nagaur on Monday. He will also hold Kisan Sammelan in Hanumangarh, Jhunjhunu, Pali and Jaipur. But questions are being raised about his timing. In fact, since Monday, Rajasthan CM Ashok Gehlot is organizing a contemplation camp in Jaipur regarding the functioning of the government. In this, it is also said to prepare the report card of the MLAs. Gehlot has a hold on the Congress organization and the government, so the entire focus of the Congress is going to be on Chintan Shivir, but Sachin is also not far behind, perhaps the purpose of organizing Kisan Sammelan on these dates is to show its strength. After 16, Sachin Pilot’s meeting is being held at Pilibanga in Hanumangarh on 17th January, Gudha in Jhunjhunu on 19th, Saddi in Pali on 19th and Kisan Sammelan is being organized at Maharaja’s College, Jaipur on 20th January.

both property for Congress

Rahul Gandhi had recently said that both Ashok Gehlot and Sachin Pilot are assets of the Congress. The reality is that the Congress is still in a quandary regarding Gehlot and Sachin Pilot, the real reason for this is the trend in Rajasthan, in this sense, the Congress is more likely to suffer losses in this election, although the party seems to be in favor of Gehlot because Yes, because Gehlot can become Sanjivani for the party by playing the emotional card of his last election in front of the people of Rajasthan. If Pilot is given the command of the election and cannot win in Rajasthan, then the party can also play a leader who has a good hold on national politics and especially on the youth. Recently, party general secretary Jairam Ramesh had said that Congress president Mallikarjun Kharge and state in-charge Sukhjinder Singh Randhawa are trying to find a solution for Rajasthan.

If the pilot gets the chair, he may not be like Channi.

After the rebellion of Ashok Gehlot in front of Aalakamal in September 2022, that meeting is pending, in which a big decision is to be taken regarding Rajasthan. Experts believe that in that meeting itself, a decision can be taken regarding the CM of Rajasthan, whether the command will remain in the hands of Gehlot or the responsibility will go to the pilot. The Congress fears that if Pilot is given the chair 10 months before the elections, he will get very little time to work. In such a situation, the condition of the pilot in Rajasthan can also be like that of former Punjab CM Charanjit Singh Channi. If this happens then Congress’s bet will be spoiled in Rajasthan like in Punjab.

Government’s tenure will end in December

Elections can be announced in the month of October 2023 in Rajasthan, here the term of the government is ending in December. Presently Congress has 200 seats here. The special thing is that as always, there is a contest between the Congress and the BJP. The BJP had contested the elections here in 2018 under the leadership of Vasundhara Raje, but could not get success. This time the BJP is trying hard to return here, but the Congress is also not in the mood to be defeated here.