Why is the day when liquor shops are closed called dry day? 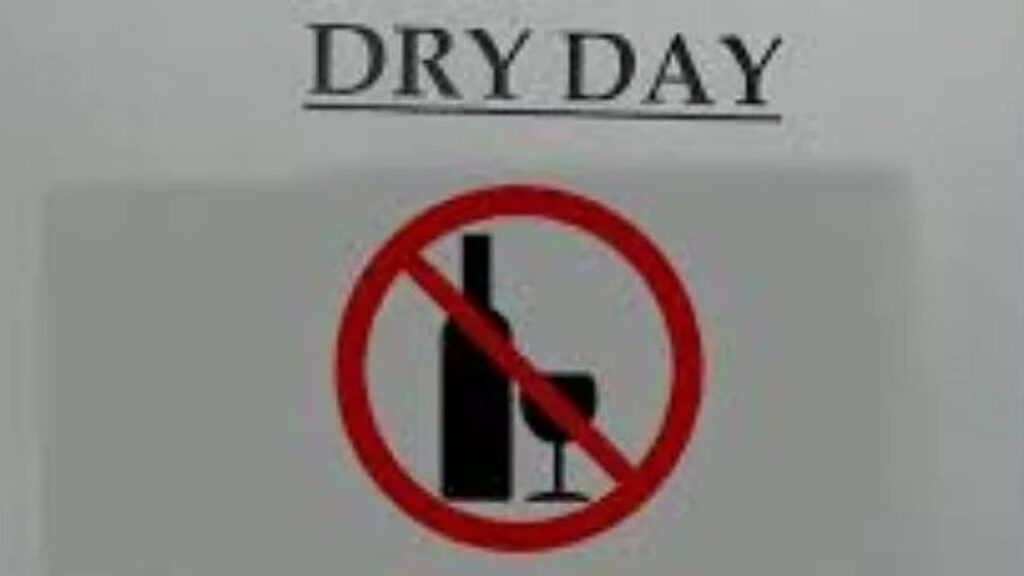 Dry Day Meaning: The day the liquor shops are closed, people know that day as Dry Day, but do you know why it is called Dry Day.

Many times you must have seen that the liquor shops in your locality or city remain closed on one day i.e. liquor is not sold on that day. The day on which liquor shops are closed or have a holiday, it is called a dry day. (Dry Day) they speak. Not only you, the word dry day is also used in government documents. By the way, those people who are addicted to alcohol, they seem upset on the day of dry day and make arrangements for it in advance. Do you understand that dry day? (Dry Day List) What happens, but do you know the day the liquor shop (Alcohol Shops) It remains closed, why is it called a dry day?

In such a situation, today we tell you why the name of this day is Dry Day and what is the reason for keeping Dry Day. After this, you will also understand a lot from the name of Dry Day to its implementation, so you know every single thing related to it…

When is dry day?

According to each state in India, the date of different dry day is fixed. By the way, dry days are observed in most of the states on 2nd October, 15th August and 26th January. Every state prohibits the sale of liquor in its area and on the festival or on a particular day. In many states, liquor shops are closed on a day like Ravidas Jayanti, so in many states this does not happen. The state and the center have different excise policies and accordingly the date of dry day is decided. At the same time, when elections are held in the state, there is a ban on the sale of liquor even in the voting area.

Why is there a dry day?

Let us tell you that there are many reasons behind declaring a dry day. Actually, Dry Day is often kept on occasions related to national festivals and religious festivals. Liquor shops are closed on the national festival to honor the soldiers, martyrs, freedom fighters and on religious festivals for religious sentiments. Apart from this, sometimes due to law and order, dry day is declared in the city or state. Similarly, when elections are held in an area, dry day is declared in that area and this decision is taken regarding law and order.

Why was it named Dry Day?

Although there is no factual reason to call No Alcohol Day a dry day, it is believed that the word dry has been used for when one has not drunk anything. It is said that when one does not drink enough water, juice or any other beverage, then it is said. In such a situation, it can also be used for alcohol. It is said in English, He’s gone dry now. In such a situation, it can be believed that if no one is able to drink alcohol on this day, then it is seen by connecting it to dry. However, this is not an official proof.

It is said that dry day was first mentioned in the excise law in Punjab in India in 1926 and after that the Center implemented it all over India in 1950. After this, the word dry day is also used in government documents.

Also read- Why the White House toilet is in the news, now it is being discussed because of Donald Trump