Who is Parth Kothekar, who created Google’s doodle on Republic Day, mastered this art 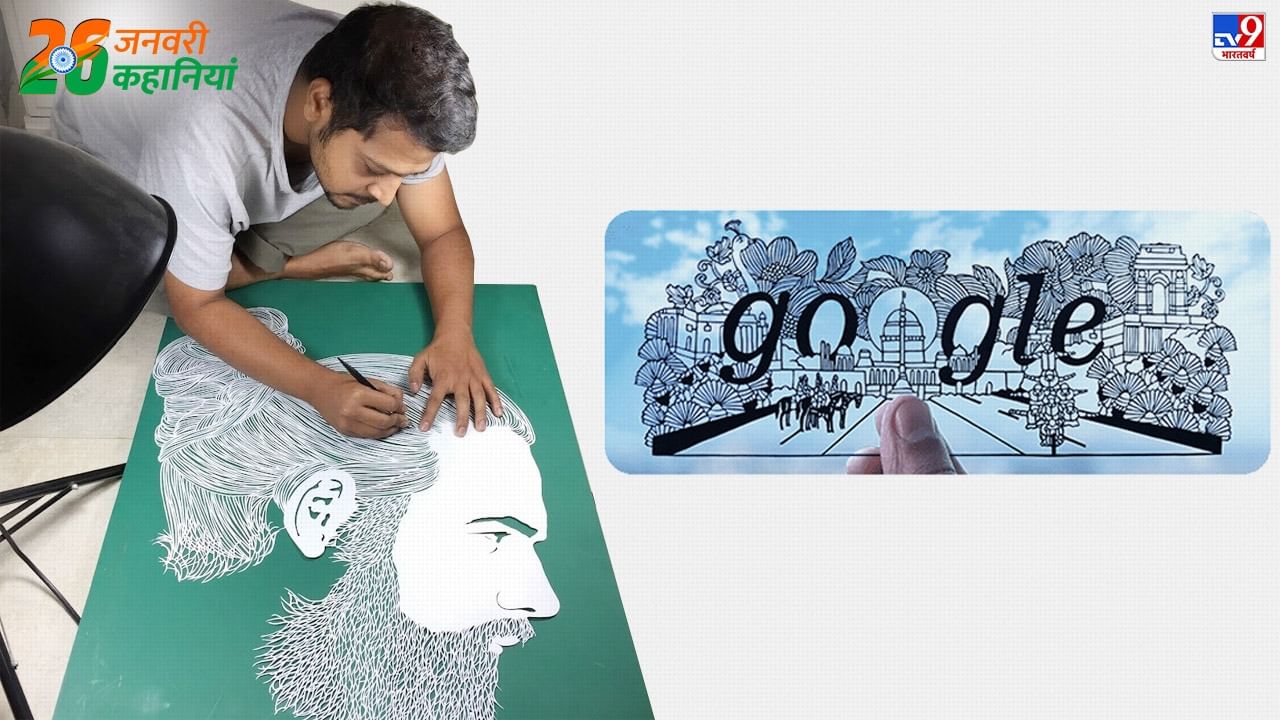 Partha Kothekar initially did this artwork as a hobby, but gradually it became his profession. Now he is recognized as a big artist in the country and abroad.

on 74th republic day search engine google has wished the nation by making a unique doodle depicting art on ‘hand cut paper’. This doodle is made by hand on paper, in which Republic day The reflection of the parade is visible.

The special thing is that this doodle of the search engine Google has been made by the promising artist of his own country, Parth Kothekar, Parth of Gujarat. Ahmedabad and is famous for displaying art on hand cut paper. He has made this doodle for Google as a guest artist.

Partha Kothekar was born in Ahmedabad, Gujarat. He is known for his papercut artwork, he can create many different designs by hand on a single sheet of paper. The special thing is that he is not very educated. In an interview given to ‘Eat My News’ in January 2021, he told that he was never promising in studies. That’s why only after studying till high school, he focused his attention on learning animation.

According to Partha Kothekar, while studying in an institute, he left the studies of 3D animation midway. Why was he interested in the second art form? After leaving the studies of animation in the middle, he concentrated completely in sketching and went on enjoying this art.

Partha Kothekar initially did this artwork as a hobby, but gradually it became his profession. According to Parth, he first held an exhibition at Kanoria Corner in Ahmedabad. In this he showed his work to the people. which people liked. Due to this, he started getting recognition in the country and abroad and he started being recognized as a hand paper cut artist.

New Zealand government has given invitation

Partha Kothekar’s illustration is also visible in the National History Museum, London. According to Parth, this illustration was made by Adobe’s social media platform company Behance. Earlier in 2016, Parth had also received an invitation from the New Zealand government to show his artwork. According to the website of Partha Kothekar, he has many paper works which have been published internationally. He has displayed his art by exhibiting in many countries including New Zealand, Dubai.

what was shown in the doodle

Historical India Gate, Rashtrapati Bhavan, India Gate, North and South Block are also visible in this doodle of search engine Google. The special thing is that in this doodle, a reflection of the parade has also been shown by showing young men and horse riders performing stunts on bikes. The flower shaped motifs are making it more special.