This is how China lost to Corona, neither the lockdown worked nor the vaccine, and India got a lot of praise 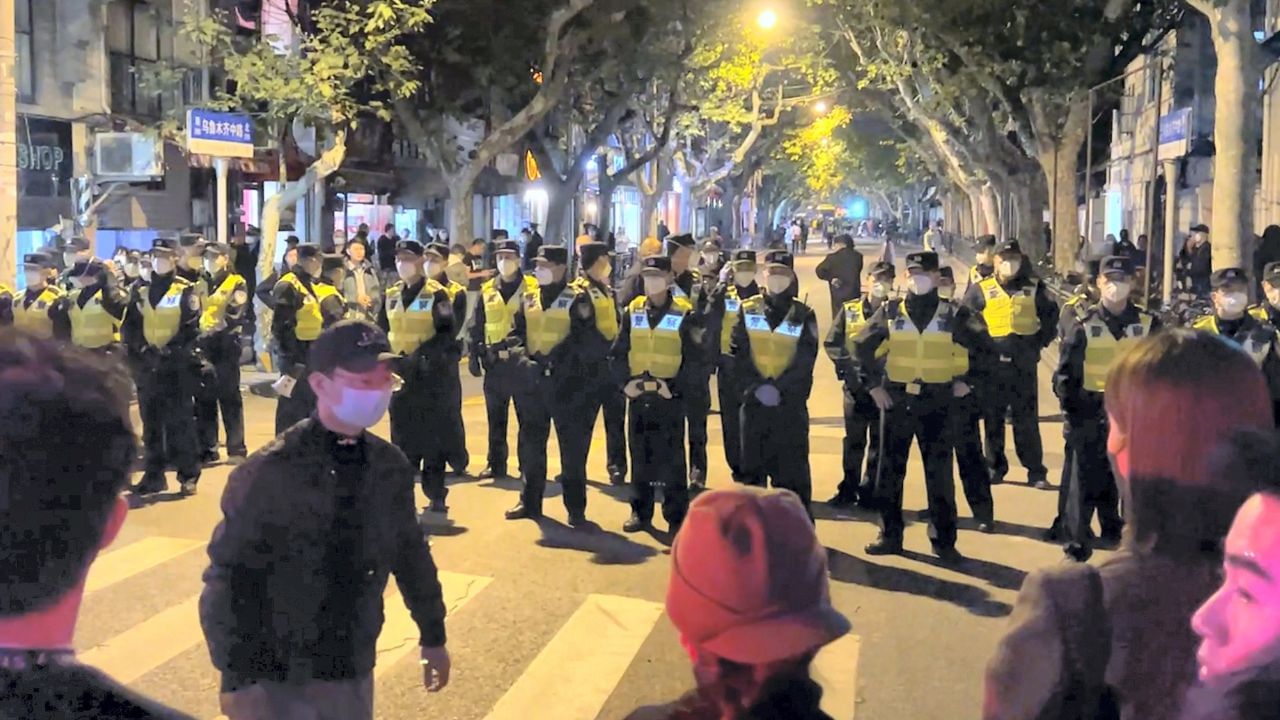 The corona virus, which stopped the whole world, started spreading from China, but it is not coming under control there. People have taken to the streets against the government in what is probably the biggest protest since 1989. After all, what is the reason that China is losing to Corona.

In China, people have taken to the streets against the Corona policies of the government.

By keeping the world unaware of the news of Corona virus, China has caused great harm to the entire humanity, but it does not seem to have done any good to it. Rather, the situation is now such that this corona is a canker sore for China. (Covid became a big problem for China) It is becoming more and more such a merge, which probably does not have a cure. In contrast, the corona management of India with almost the same population as China (India Covid management) Not only was it praised in the world, but in time, India gave the Corona vaccine to a large population of the world. (Corona Vaccine) Also did the work of delivery.

China became a prison for the public

The policy that China has adopted for the prevention of corona (China Covid Control Policy) Adopted, the world is already criticizing it. Now its effect is visible within the country itself. Months of severe lockdown and restrictions have made life difficult for the people of China. Whether houses or factories, city after city in China became a prison for people.

people on the streets in china

Now people are on the streets against it (People protest in China against Covid Lockdowns) But have come down. For almost 3 years, people who have been hit by the lockdown and restrictions are protesting on the road at night. To join them, the laborers are leaving the factories and coming out or protesting by stopping the work in the factory itself. They have sheets of black paper in their hands as a symbol of protest.

The corona virus started spreading in China in November 2019 itself. But the world came to know in January 2020, although in this case the World Health Organization (WHO) Questions have also arisen on the neglect of

China’s formula to control COVID – was to stop the virus from spreading at the minimum cost, not to stop the infection from spreading among people. His ‘zero dynamic’ policy did not stop the corona infection. On the contrary, the harsh lockdown filled anger inside the people, which is now coming out on the streets.

On the contrary, the Corona management of India was praised. Lockdown was also imposed in India, but the government did not convert the cities into jails. On the contrary, established a dialogue with the people. Wearing of masks was made mandatory, insisted on teaching COVID protocol to the people. Entire hospitals were made COVID wards, hospitals were opened in grounds, trains and arrangements were made in hotels to keep doctors separate from the rest of the people.

India not only vaccinated its population, but also provided vaccines to neighboring countries and poor countries of the world. Praised by the United Nations General Assembly (UNGA) happened in.

Neither the lockdown worked – nor the vaccine

Unlike India, China insisted on isolating people more than giving them vaccine. Lockdowns were imposed which continued for months and years. Wherein his Sinopharm vaccine (Sinopharm Vaccine) Wasn’t even asked and people didn’t show faith in him. Not only this, other countries of the world also did not show interest in it.

The effect of China’s policy is that even today the number of active cases of Corona is 71,310, while in India it has come down to just 4,855. Now in view of the people’s protest, China has been forced to change its policy. In a press conference held in Beijing on Tuesday, Chinese health officials said that the corona restrictions would be lifted in a phased manner.