These are the 8 schemes, which Modi government counts as a big achievement of its 8 years. 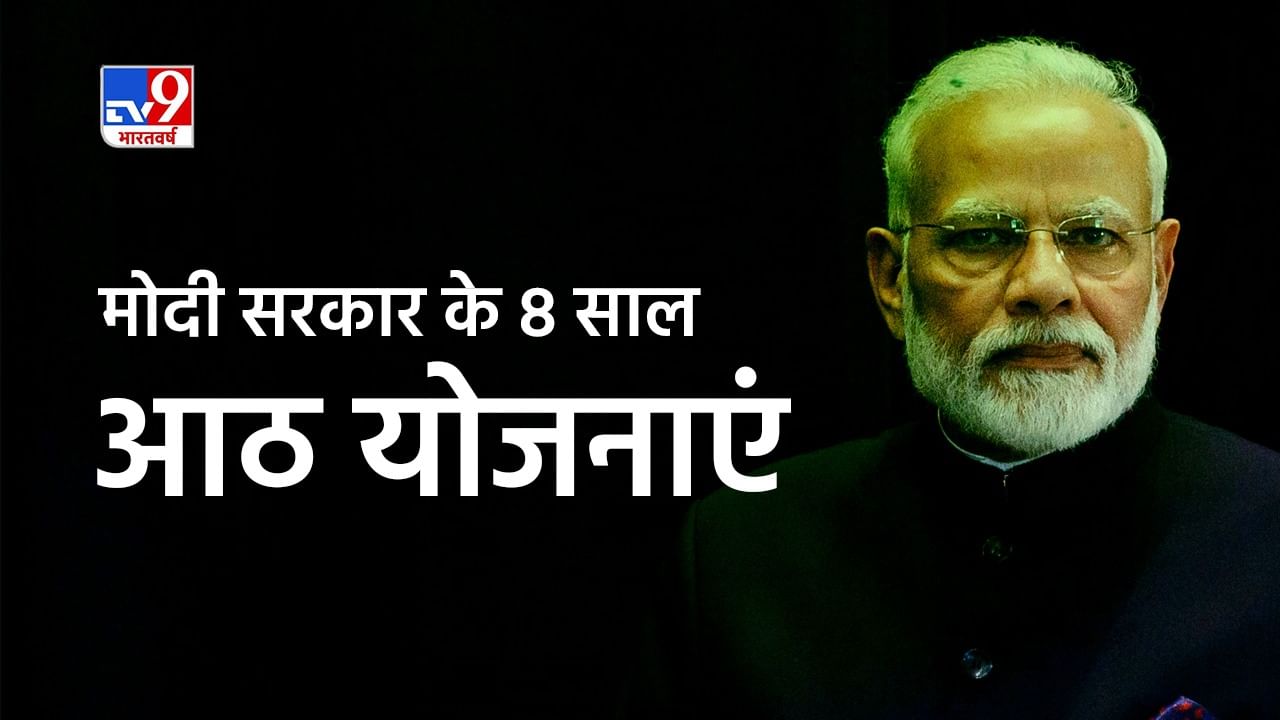 Even after getting a tattoo, a person can easily donate blood.

Narendra Modi Government Schemes: Prime Minister Narendra Modi has completed 8 years as PM and in these 8 years he has 8 such schemes, which the central government counts as its achievement.

Narendra Modi became the Prime Minister of the country for the first time in the year 2014. (Prime Minister Narendra M0di) The tenure of 8 years has been completed. After winning a massive victory in 2014, PM Modi once again won a strong victory in the year 2019 and became the Prime Minister of the country for the second time. Many big decisions came in these 8 years of PM Modi’s tenure, including the decision on triple talaq, Article 370, GST law, demonetisation, which has also been credited to the Narendra Modi government at the Center. Apart from this, many such schemes from the central government under the leadership of PM Modi. (Modi Government Schemes) were started, which directly benefited a large population of the country. These schemes are now being recognized by the central government as its achievements. (Central Government Schemes) Counting in.

Let us inform that these schemes include schemes related to insurance, cooking gas, from giving loans for business. While people are getting employment at low interest due to Mudra Yojana, women are getting cylinders through Ujjwala Yojana. In such a situation, we know which are those schemes, through which people are getting a lot of benefit and people of every section are getting benefited.

This scheme of Prime Minister Narendra Modi has proved to be very helpful for small farmers. The benefit of this scheme has been given to those farmers who have less than 2 hectares of land. Under this scheme, the government is giving 6 thousand rupees every year to the farmer families, which are being given in the form of an installment of 2-2 thousand rupees for four months. This money is being transferred directly to the farmer’s account from the government. This has helped the farmers financially.

Prime Minister Mudra Yojana completed 7 years. Under this scheme, a loan of up to Rs 10 lakh is given to people associated with non-corporate, non-farm small or micro enterprises. This loan is given for the purpose of starting a private business. Apart from this, loan facility is also given under this scheme to increase the business. There are Shishu, Kishor and Tarun categories in which loans are given. Loans are given up to Rs 50,000 under Shishu Yojana, Rs 50,000 to Rs 5 lakh under Kishor Yojana and Rs 5 lakh to Rs 10 lakh under Tarun Yojana.

This scheme was started in the year 2018. This is a health insurance scheme, which is directly helping the middle class and poor families. Under this scheme, 50 crore Indians are getting health insurance of Rs 5 lakh annually in critical diseases. It is like mediclaim, which people are taking great advantage of.

Along with giving money to increase business, financial help is also being given by the government to build houses. Under this scheme, subsidy is being given in the interest of home loan for the purpose of providing house to all and under this, every family gets a benefit of Rs 2.60 lakh. The government has been benefiting the people through this scheme for many years.

This is one of the many schemes launched for women. Under this scheme, gas connections were distributed free of cost to a large number of poor families. The houses where food was being cooked on the stove earlier, now the cylinder has reached the oven houses through this scheme. Many people have benefited from this scheme running since the year 2016 and the women of rural section have got freedom from smoke. So far, gas connections have been distributed to several crore people.

In this scheme, 5 kg ration is given per person, free of cost per month. More than 80 crore people of the country will get benefit from this scheme. In 2020, the Government of India had announced the Pradhan Mantri Garib Kalyan Anna Yojana (PM-GKAY). This scheme was started under the Food Security Act.