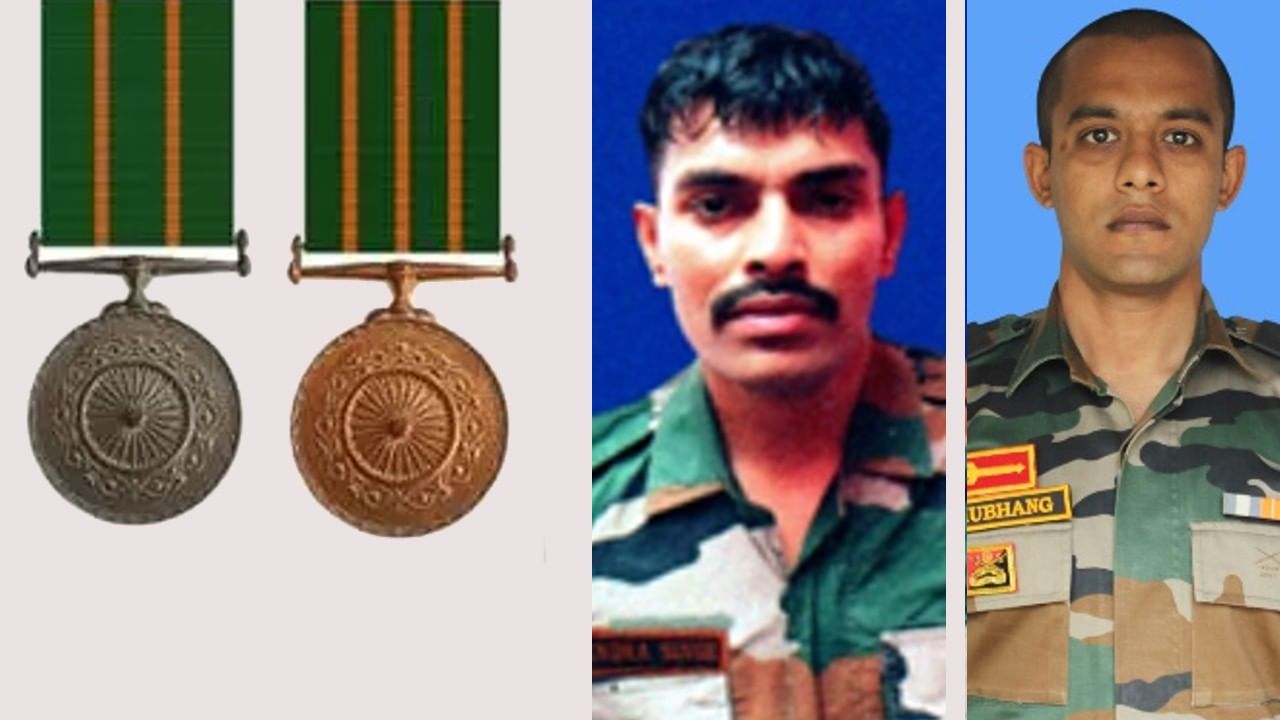 Naik Jitendra Singh and Major Shubhang will be honored with Kirti Chakra.

According to the Defense Ministry, 412 armed forces personnel will be given gallantry awards and other honors by the President on the occasion of Republic Day this year. Know the story of the Ranbankurs who were honored with Shaurya Chakra and Kirti Chakra…

Major Shubhang: Terrorist killed in Budgam despite being shot

Kirti Chakra: Major Shubhang of the Dogra Regiment handled the mission and led the team on April 2022 in Budgam, Jammu and Kashmir in difficult conditions. The terrorists fired from a grenade launcher. An officer and two team members were injured in this. Even after being shot on the left shoulder, Major Shubhang kept fighting and killed a terrorist.

Kirti Chakra: Jitendra Singh, the hero of the Rajput Regiment, showed valor while leading the team in three operations from December 2021. 7 terrorists were killed in that operation. On 27 April 2022, an operation was launched in Pulwama district on receiving reports of two terrorists. Hero Jitendra fought with the terrorists. The terrorists threw grenades at them and tried to break the cordon. Hero Jitendra eliminated a terrorist even after being shot. During the operation, another terrorist hurled grenades at them and fired. Seeing the increasing danger on the soldiers, they were successful in injuring the second terrorist.

Major Aditya Bhadoria: The terrorist who was firing was eliminated

Shaurya Chakra: Major Aditya Bhadauria of Kumaon Regiment foiled the conspiracy of terrorists in Pulwama district of Kashmir on 11 March 2022. The terrorists, armed with assault rifles, fired indiscriminate auto fire and grenades at the troops, injuring a civilian. Major Aditya Bhadauria retaliated, rescued the civilians. The terrorist trying to escape was eliminated. He will be awarded the Shaurya Chakra for his indomitable courage in the most challenging situation.

Captain Arun Kumar: The terrorist was forced to be exposed

Shaurya Chakra: On 11 May 2022, Arun Kumar of the Kumaon Regiment led the surveillance team on receiving information about terrorists on the hills of Bandipora district of Jammu and Kashmir. Planned to nab the terrorists. Terrorists were seen on 13 May. As soon as they were confronted, the terrorists started firing. An accomplice of the terrorists attacked an army officer with a grenade, but the Major stopped him. While taking action, the other terrorist was also forced to expose himself.

Captain Yudhveer Singh: Gave a befitting reply to the terrorists

Shaurya Chakra: PM Modi was going to Jammu for a rally on 24 April 2022. Despite tight security, there was information about preparations for an attack on the rally. Captain Rakesh TR of the 9th Battalion Parachute Regiment got the responsibility of stopping it. Captain Rakesh immediately reached the terrorists using a quad copter in a densely populated area. When they were cleverly surrounded from all sides, the terrorists started firing indiscriminately. Sensing danger to the common people, Captain Rakesh killed one of the terrorists. Without caring for his life, he retaliated.

Naik Jasbir Singh: Gave a befitting reply to the terrorists

Constable Mudasir Ahmed Sheikh: Martyred while giving a befitting reply to the terrorists