Russian oil proved to be a boon for India, it became a panacea in reducing inflation 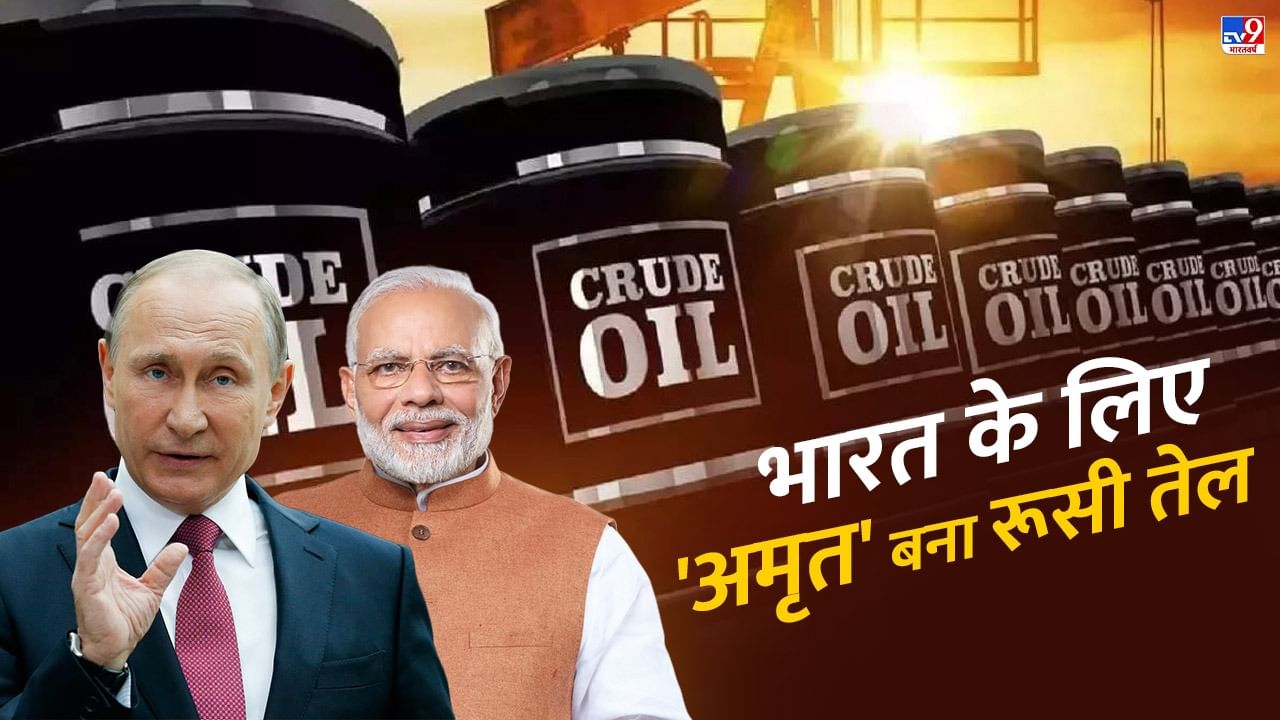 Crude Oil Import has a direct connection with inflation. India imports crude oil from 80 percent of its requirement. Whenever the price of crude oil increases in the international market, India’s import bill increases and the prices of petrol and diesel along with many other goods also increase in the country.

If we talk about crude oil, then from the level of March 2022, it has come down to about $ 50 per barrel. This comparison is with the current international market, but in the year 2022, the way cheap Russian oil Russia Crude Oil Has been bought, it has made a significant contribution in reducing inflation. Let us try to explain with the help of figures.

Russian oil proved to be a boon for the country

Ever since the Russia-Ukraine war has started and Russia and its oil have been banned. Since then India is getting oil from Russia at a discount price compared to international prices. A few months back, America and Europe had fixed a cap on Russian oil price i.e. $60, since then India is getting cheaper oil than this. Russian oil is costing 50 percent cheaper to India than Brent crude oil of OPEC countries. At present, the price of Brent crude oil is at $ 84.86 per barrel. While Russian oil is getting 15 to 20 dollars cheaper than the price cap imposed by America and Europe.

How Russian oil proved to be a boon for India?

Now it needs to be understood that how Russian oil has proved to be a boon for India. In fact, Russia has become the largest crude oil supplier for India at present. According to data from energy cargo tracker Vortexa, India imported one million barrels per day of crude oil from Russia for the first time in December. Russia supplied 1.19 million bpd of crude oil to India in December alone. According to the Vortex report, this was higher than 909,403 bpd of crude imported from Russia in November and 935,556 bpd in October 2022.

The previous record for the highest crude oil import from Russia was when India bought 942,694 bpd in June 2022. 25 percent of India’s total crude oil imports are being done from Russia. Crude oil exports to India were at its peak when the European Union and the US imposed a price cap on Russian marine oil. The special thing is that India had imported 33 times more Russian oil in the month of December as compared to a year ago.

India is the third largest oil consuming and importing country in the world. It imports 85 per cent of its crude oil requirement. Crude oil is converted into fuels like petrol and diesel in refineries. Vortexa said India imported 803,228 bpd from Iraq and 718,357 bpd from Saudi Arabia in December. The United Arab Emirates (UAE) overtook the US to become India’s fourth largest supplier of oil by selling 323,811 bpd of oil in December 2022.

What do the experts say?

IIFL Vice President Anuj Gupta Said that the credit for bringing inflation under the tolerance level of RBI goes to Russian oil. Because of this, the import bill of the country has come down and the forex reserve is also well maintained. He said that the people of the country may not be able to see the benefit of this in the prices of petrol and diesel, but it has been seen in the prices of other goods and commodities and the prices have come down. Due to which the figures of inflation are showing relief.