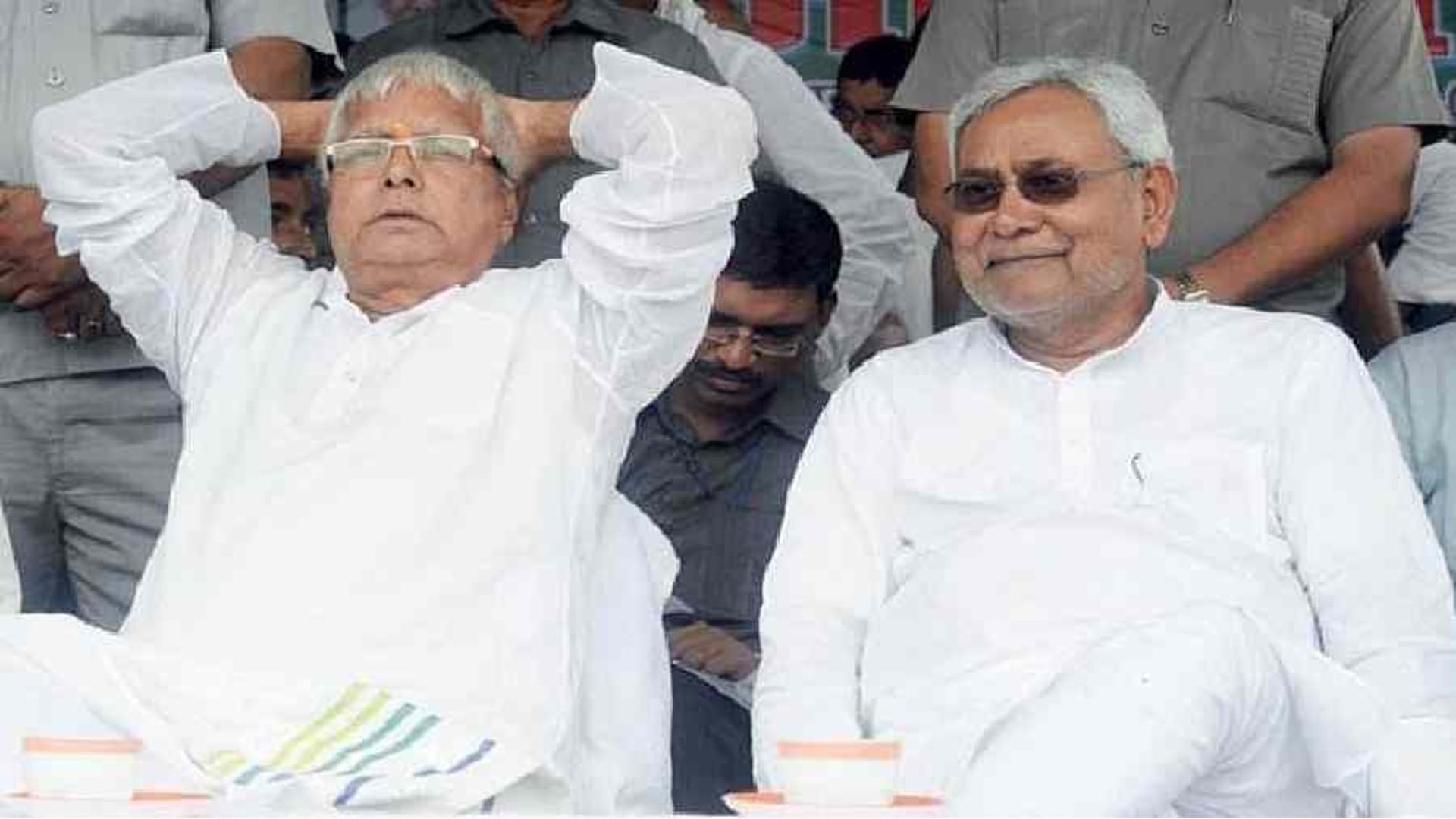 Many leaders in RJD are surprised as to why Lalu Prasad is forced to play defensive in front of Nitish. Why does Lalu Prasad want to remain in the government with Nitish Kumar for the time being?

December 14 i.e. before Shadmas A state in Eastern India coronation in Tejashwi Yadav It was supposed to happen, but even after six months, RJD is forced to remain in the role of younger brother in Bihar, despite being a big party. RJD According to RJD sources, the indecisiveness within the party is intense, but before bothering to anger Nitish Kumar, the RJD is treading slowly. In fact, RJD’s role in deciding all the policies, from the posting of officers, is that of a small party, whereas according to the deal, Tejashwi Yadav had to take the decisions of the government as soon as the government was formed.

According to RJD sources, RJD is very upset due to the posting of one Yadav as DM and one SP in only two districts. There is a disturbance in the RJD that the pro-RJD officers are very upset with the attitude of the RJD leaders, while JDU is posting officers from districts to other places according to its own.

According to an RJD leader, Tejashwi Yadav’s government was to be restored in Bihar in the year 2023, while Nitish Kumar was to move out of Bihar for central politics, but due to lack of support from the opposition parties, Nitish Kumar’s behavior changed significantly. is starting to appear. In fact, another leader of RJD, who is considered special to Tejashwi Yadav, says that the more disturbing thing than not being handed over power is to keep top RJD leaders away from transfer posting of officers.

Obviously, in the latest situation, the gap of mistrust between RJD and JDU has deepened. That’s why both the parties are seen giving statements independently, contrary to the coalition religion, following their own agenda. On the one hand, RJD is trying to strengthen the politics of its close acquaintance. Therefore, in the name of couplets written in Ramcharit Manas, the politics of 90 and 10 has been taken forward as forward vs backward, but JDU comes two steps ahead to prevent RJD from doing so.

Ministers have to support Nitish

JDU is giving a clear message to RJD that as long as Nitish Kumar is the head of the government, the government is not going to give importance to divisive politics. That’s why the ministers of the government will have to give statements according to Nitish Kumar’s decision, otherwise, like Sudhakar Singh, they will be thrown out of the cabinet. Therefore, on the issue of Ramcharit Manas, JDU’s working president Ashok Chaudhary gave a strong message to RJD by taking a different line from RJD. Whereas today i.e. on Wednesday, Ashok Chaudhary gave a clear message to RJD that Nitish Kumar is CM on his own and he has not become CM by anyone’s grace.

Why is Lalu playing defensive?

According to sources, Lalu Prasad believes that despite not getting the post of CM, the party is going to gain less and gain more by continuing in the government. Therefore, staying in the government with JDU will not make RJD politically weak while JDU will suffer more. But leaders like Sudhakar Singh are uneasy about going with JDU and believe that the party’s position is deteriorating politically. That’s why the power in the state should be handed over to Tejashwi Yadav while at the center Nitish has compulsion to do politics in larger interest. According to sources, RJD is trying to strengthen the party by working according to its agenda. That’s why, under the leadership of State President Jagdanand Singh, RJD is busy in strengthening RJD by speeding up the membership campaign. Why is JDU fearlessly taking decisions in the government despite its low numbers?

This is not an alliance, it is a thugbandhan.

In fact, JDU knows that RJD’s number is not going to increase from 114 despite coming together with supporting parties. JDU understands better that despite RJD being the speaker, it is not easy to get enough numbers to form the government because there is a BJP government at the center. It is obvious that JDU knows that the way of BJP is still open for it because for BJP the year 2024 Lok Sabha elections is more important than the year 2025 assembly elections.

Leader of Opposition in Bihar Vidhansabha Vijay Sinha says in a conversation with TV 9 that it is not the Grand Alliance but the leaders of both the parties are cheating each other in the Thugbandhan, while the BJP is progressing rapidly on the strength of the great leadership of Modi ji. That’s why BJP has no need of Nitish Kumar in Bihar. But JDU leaders say on the condition of anonymity that in the party meeting, JDU’s paramount leader Nitish Kumar has clearly said that RJD and JDU are not going to merge. But JDU leaders have to work fearlessly in the state.

… then Nitish Kumar will remain in Bihar only

It is obvious that JDU is continuously working to maintain its importance in Bihar and all the big leaders of JDU are continuously giving such a message that Nitish Kumar will remain in power in Bihar if the opposition does not give him a major role in the politics of the Center. are. That’s why the working president of JDU has made it clear today that Nitish Kumar has not remained CM at anyone’s mercy.

Political expert Dr. Sanjay Kumar says that the real challenge for Nitish Kumar is to get tickets for his 16 MPs again, so Nitish wants to remain the pivot of Bihar’s power to maintain mental pressure. At present, Noora wrestling is looking sharp in Bihar. But Lalu Prasad has given a clear message to Tejashwi that Tejashwi should focus on Nitish Kumar, which will make it easier to maintain coordination, while it is necessary for RJD to remain in the government with Nitish till the 2024 Lok Sabha elections.