Know why the color of Shani Dev is said to be black, why he likes black things! 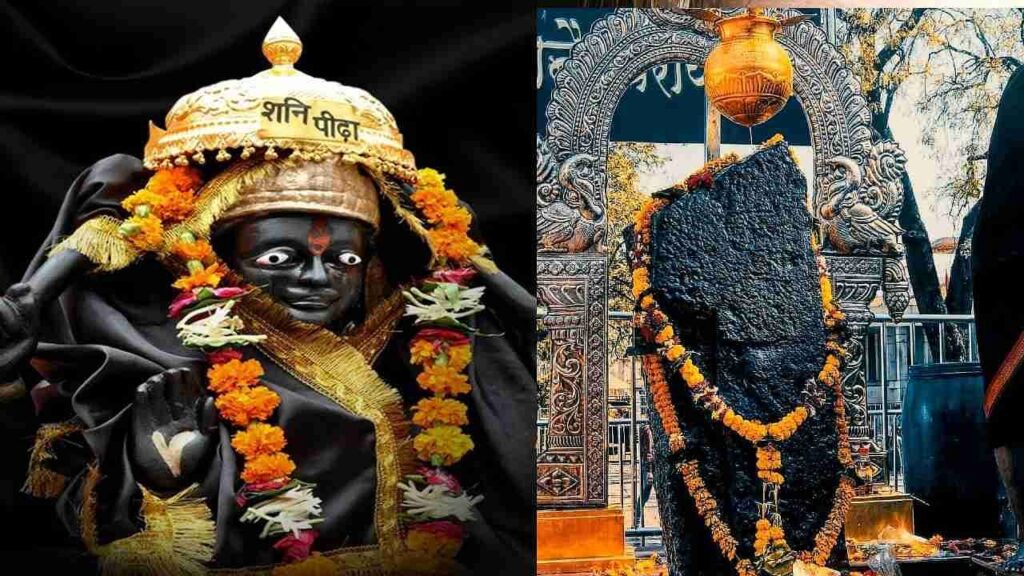 Shani Dev has been described in the scriptures as the giver of deeds and of very powerful and cruel nature. The color of Shani Dev is considered black and he is very fond of black things. On what basis it is said, know about it through mythology here.

saturday Shani Dev ,Shanidev) is devoted to. Along with being one of the nine planets, Shani Dev is also said to be the giver of karma. That is, they give fruits to the person according to his actions. The nature of Shani Dev is very cruel and his complexion is very dark.Black Color) It has been told. Also, they are considered to be very powerful planets. Even in temples, the idol of Shani Dev is put in black color. Apart from this, the favorite color of Shani Dev is also considered black and he is considered to be black objects (Black Things) Like black urad dal, black sesame seeds, black clothes, iron etc. are offered. It is believed that Shani Dev is pleased with this and showers his blessings on his devotee. Saturn related troubles also end with these measures. Know here why Shani Dev is black in color and why he likes only black things.

There is a legend about the black color of Shani Dev

A story has been told in the scriptures about the black color of Shani Dev. According to this story, Sun God was married to Sandhya, the daughter of Daksha Prajapati. Sandhya and Suryadev had children named Manu, Yamraj and Yamuna. It is said that the Sun God was so strong, that Sandhya could not bear that brilliance, so one day she kept her idol Chhaya there and herself went to her father’s house.

Being similar to Sandhya in quality and form, the Sun God could not understand that Chhaya was actually the image of Sandhya. After some time Chhaya became pregnant. From the time of conception, Chhaya used to do severe penance of Lord Shiva. Due to this, she could not even take proper care of her pregnancy. Because of this, when Shani Dev was born, he was extremely malnourished and dark in complexion. Seeing the black complexion of his son, Sun God refused to accept him as his son. This thing was very bad for Shani Dev.

Since Chhaya had meditated on Mahadev at the time of pregnancy, due to this, Shani Dev had the blessings of Mahadev since birth and he was born with a lot of powers from birth. When he was rejected by the Sun God, he got very angry and when he saw the Sun God with the same anger, the Sun God’s complexion also turned black and he was suffering from leprosy. After this Surya Dev realized his mistake and went to Lord Shiva to apologize for his mistake. After this he gave a boon to Shani Dev to be powerful among all the planets. Mahadev made him the giver of deeds.

After his birth, Shani Dev had to suffer neglect due to his black complexion. In such a situation, he realized how neglected black color is. This color does not get importance in any auspicious work like worship etc. For this reason, he made black his favorite color. Since then, black colored things started being offered to Shani Dev. Due to this Shani Dev is very pleased. Apart from this, if you help any needy, helpless or neglected person, then Shani Dev is also very pleased with this.

Also read – The month of February is full of trouble for the people of these 5 zodiac signs, the setting Saturn will have an effect on life