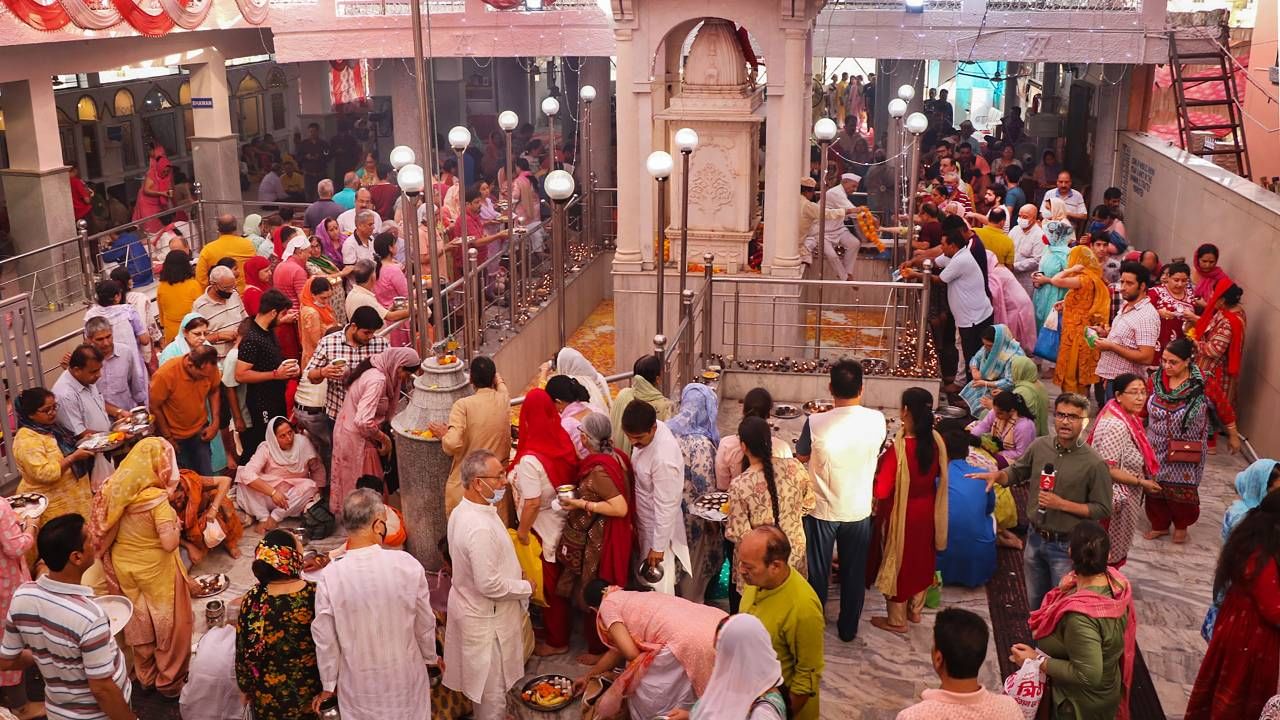 Kashmir Kheer Bhawani Mela: The Kheer Bhawani fair has started in Kashmir, where a large number of Kashmir Pandits are coming to worship. In such a situation, know the beliefs related to the temple of the goddess…

Famous Kheer Bhawani fair in Jammu and Kashmir (Kheer Bhawani Temple) has begun. Amidst the incidents of target killing, special arrangements have been made for security this time. Mata Kheer Bhawani Kashmiri Pandits (Kashmiri Pandit) She is the Kuldevi and a large number of Kashmiri Hindus come here in the fair. It is said that after Baba Barfani in Kashmir, the biggest fair is of Kheer Bhavani and whenever the fair is held, a large number of people come here. Although the fair has not been organized for two years due to Corona virus, but this year the fair has been organized with great pomp and special care has been taken for security.

This temple is in Tulmula area of ​​Ganderbal district of Kashmir, where there is a temple of Maa Kheer Bhavani. Kheer Bhavani Temple is one of the more popular pilgrimages after the Amarnath Yatra in Jammu and Kashmir. Every year a fair is organized here on Jyestha Ashtami. Kheer Bhavani Devi is worshiped by almost all Kashmiri Hindus. If we talk about its name, then it is called Kheer Bhavani because of the offering of Kheer here. Please tell that Maharaja Pratap Singh and Hari Singh of Jammu and Kashmir got this temple built and renovated.

Please tell that Goddess Durga is enshrined here in the form of Kheer Bhavani. This temple is also famous among the local people as Maharagya Devi, Ragya Devi Temple, Rajni Devi Temple and Ragya Bhavani Temple. Kheer is traditionally offered to the goddess in the spring. Along with Hindus, non-Hindus also have great faith here and many people come for worship. Even political figures have bowed down to the mother’s rate.

It is believed that Ravana was a worshiper of this goddess and pleased with the devotion of Ravana, a goddess named Maharagya appeared. It is said that when Ravana had abducted Goddess Sita, Mata Kheer Bhavani had come to Kashmir from Lanka after getting angry with Ravana. It is said that the goddess had requested Hanuman and asked him to be installed at another place and after that Hanuman ji installed her statue at Tulmul place in Kashmir.

It is said that whenever any calamity is about to come on Kashmir, Mata Kheer Bhavani gives its indication. It is believed that the color of the pool situated in this temple changes during times of crisis. Many local stories are also famous about changing the color of this pool.