Indian gun will give 21 gun salute on Republic Day, not British, know how powerful this gun is 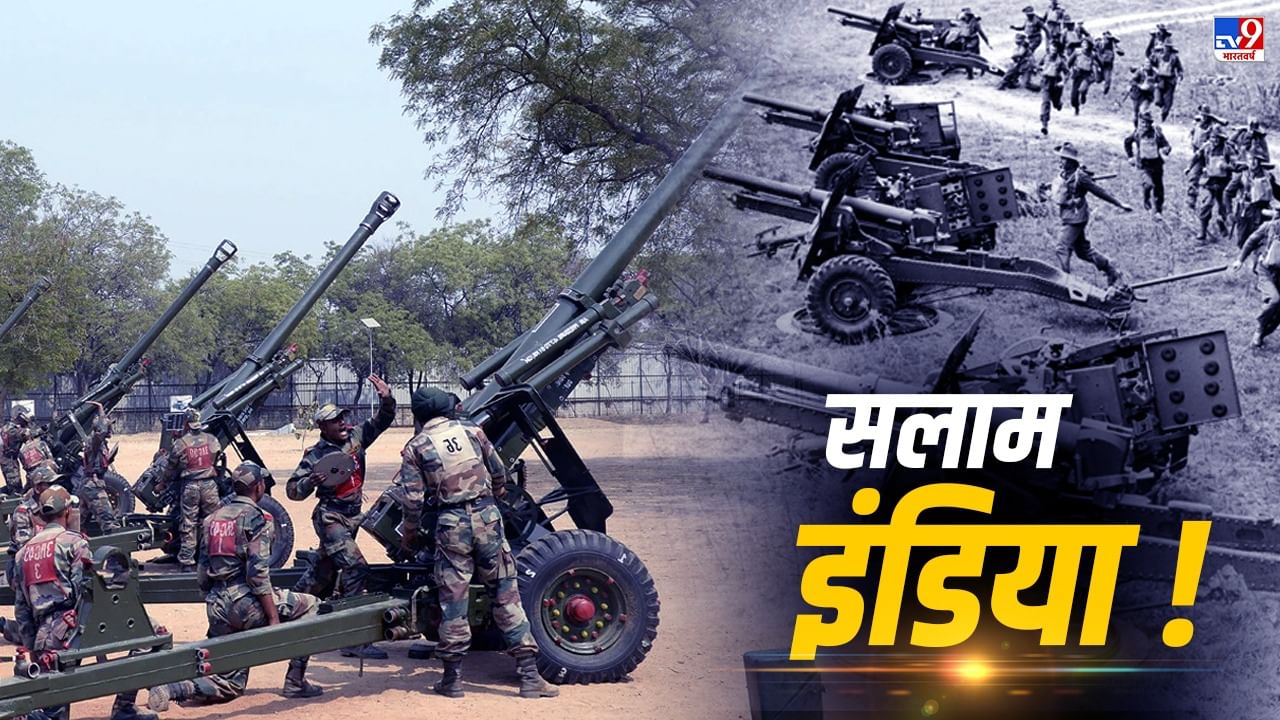 Till now this salute was given by British gun 25 pounder artillery on Republic Day, but now it will be replaced by 105 mm Indian field gun, which has been prepared jointly by Jabalpur and Kanpur field gun factory.

This time in the parade on Republic Day duty line but the tricolor for the first time indigenous gun A salute of 21 guns will be given. Till now this salute was given by British gun 25 pounder artillery, but now it will be replaced by 105 mm Indian field gun, which Jabalpur And Kanpur Field Gun Factory has prepared together.

Many features of this Indian field gun are found in the British L118 Light Gun. Being very light, it can be easily carried anywhere. The special thing is that less people are needed to operate this cannon, while at least 6 people were needed to operate the British gun 25 pounder. Let’s know what are the specialties of this gun and why salute is given.

why salute is given

The salute of 21 guns is considered the highest honor of the country. This salute is given to the national flag and the head of the Republic of India i.e. the President. Apart from Republic Day, on August 15, the Tricolor and the President are given a salute of 21 guns. There is a tradition of giving salute even after the new President is sworn in.

You will be surprised to know that the salute of 21 guns is given with only 7 guns. One cannon is kept extra, so that if one of the 7 cannons is unable to fire, the extra cannon can be fired. The gap between each blast is 2.25 seconds, so that the process of saluting can be completed in 52 seconds along with the national anthem. To keep track of the time, special watches are given to the jawans, so that there is no difference of even a second in the formation.

From 1940, 25 pounder artillery field guns were being used to give 21 gun salutes. Was done during World War II. The weight of this cannon was 1633 kg. Which was about 15 feet. At least 6 people were needed to run it. High-explosive, anti-tank, smoke shells can be fired from this gun. This cannon can fire 6 to 8 shells in a minute. The range of this shell is up to twelve and a half km. The Indian Army also used this cannon during the Pakistan war in 1947. Even in the war of 1965 and 1971, India had fired sixes from the enemies with this cannon.

The 105 Mini Indian Field Gun, which replaced the British gun, was made by the Armament Research and Development Establishment (ARDE) in 1972. It was manufactured in the Field Gun Factory located in Jabalpur, in which the Field Gun Factory located in Kanpur also cooperated. There are three models of this gun, the lightest model weighs 2380 kg, while the heaviest model weighs 3440 kg. Its length is 19.6 feet, in which a 105×371 mm ball is inserted.

easy to carry in hilly areas

105 Mini Indian Field Gun has also been given the facility of modification, many of its parts are separated, due to which it is easy to take them to inaccessible places, especially in the mountains. The range of this cannon is 17 to 20 km, which can fire up to six shells in a minute. Who has the ability to lick the dust of the enemy in a moment.