In Russia and Ukraine war, now there is talk of phosphorus bomb, which gives death to humans like this 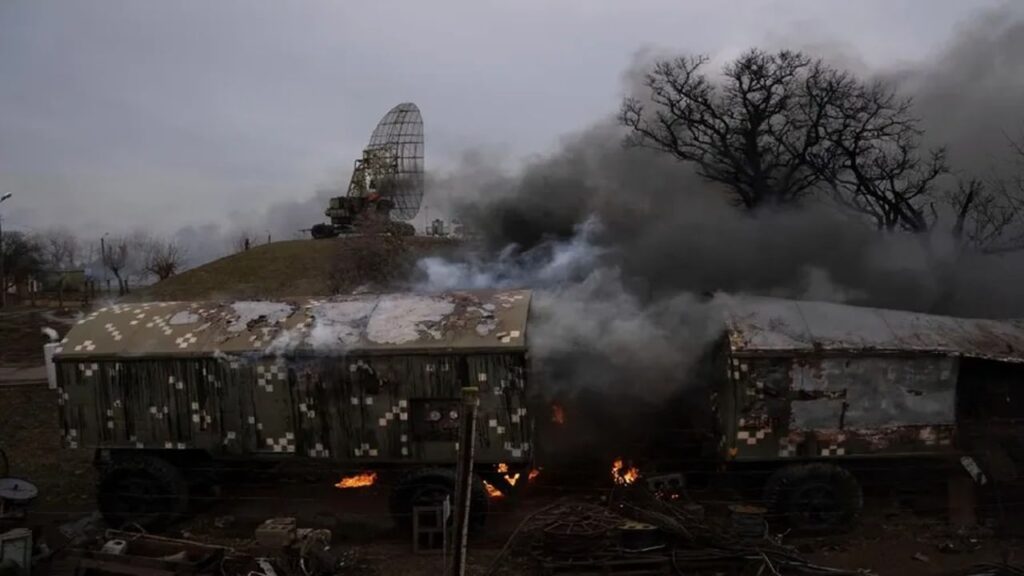 Russia Ukraine War: The war between Russia and Ukraine has been going on for a long time and now phosphorus bomb has been entered in this war. So know what this bomb is and how it kills people.

The phosphorus bomb is now being talked about in the Russia-Ukraine war.

War between Russia and Ukraine (Russia Ukraine War) It’s been almost a month. Russia is continuously attacking Ukraine and so far Russia has attacked Ukraine with missiles. (Russia Attack In Ukraine) Destroyed many cities. However, Ukraine is also claiming that their army has killed the Russian army. (Russian Army) has caused considerable damage. Now the war is not taking the name of ending and many types of speculations are being made about the war. Many are pointing towards nuclear war regarding this war, so now there is talk of phosphorus bomb along with chemical attack.

What is a phosphorus bomb?

It is a special kind of bun, on whose blast a special kind of powder is spread in the atmosphere. The use of phosphorus bombs is prohibited in residential areas. The special thing about the powder released from this bomb is that the powder catches fire when it comes in contact with oxygen. The temperature of burning phosphorus is up to 800 °C. Phosphorus bombs falling on open space have an effect for several kilometers. Phosphorus has no color, but sometimes it appears pale yellow. It is a waxy substance that smells like garlic. It burns when it comes in contact with oxygen.

wreaks a lot of havoc

You can guess from the fact that phosphorus is so dangerous that as long as there is oxygen, this phosphorus keeps burning. Due to this the scope of destruction keeps increasing. Along with this, it is also said that when this bomb explodes, then the light gets down in it. When it is blasted in an open space, the far it comes in contact with oxygen, it has to face a fire of more than 800 degrees in the distance and many people die.

Also read- Bharat Bandh: What is the trade union which has declared Bharat Bandh and what does it do