Having six fingers is not a disease, know what it means in astrology and medical science 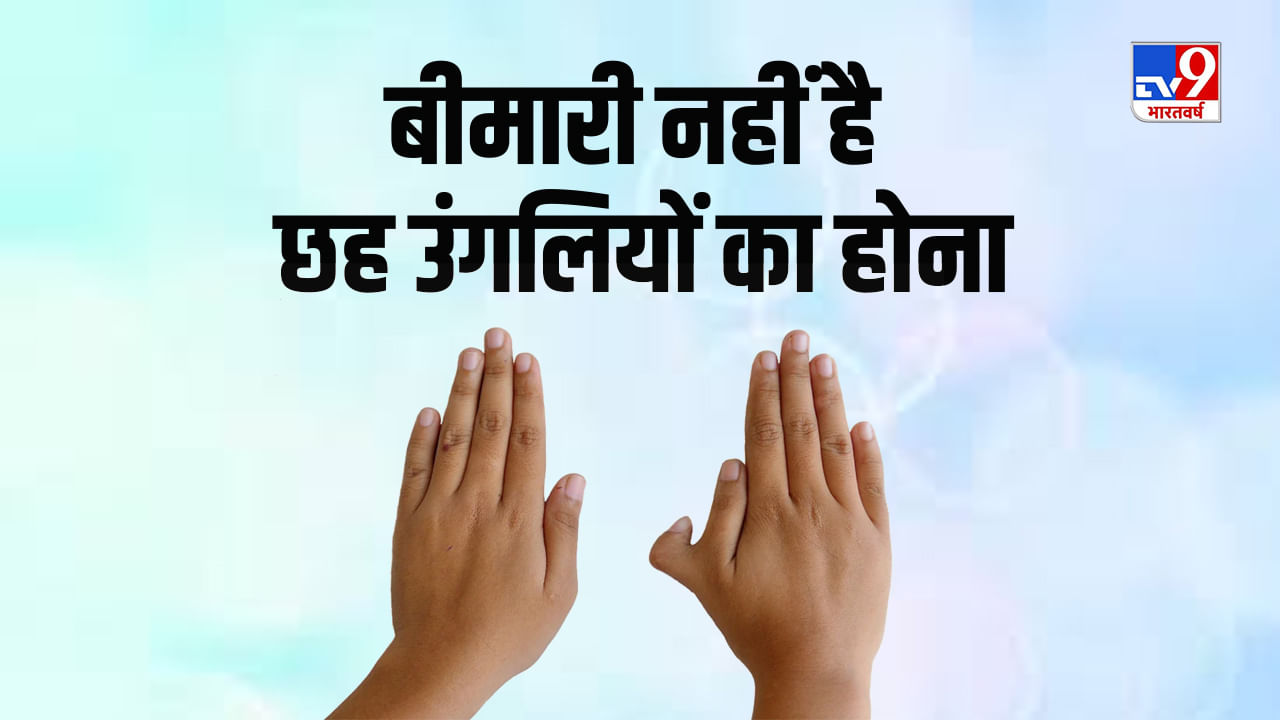 People with six fingers are considered very lucky. It is believed that the mind of such people is very sharp, let us know what is its meaning in astrology and medical science.

Having six fingers in the hand or foot is not a disease, it is very common, but the person who has six fingers in the hand or foot becomes special in itself, in fact medical science (Medical Science) then considers it a type of disorder called polydactyly (Polydactyly), but astrology considers it a gift of nature and a symbol of good fortune. According to a research conducted at the University of Freiburg, Germany, people with six fingers are faster than the brain.

There is only one person in 1000 people like this

According to research, about one in 1000 people is born with six fingers on either hand or foot. In most cases, this extra finger is between the index finger and the thumb. About half of the people suffering from this disorder consider the disease to be a disease and get the sixth finger removed through surgery.

According to a research by Boston Children’s Hospital, polydactyly syndrome occurs during fetal development. Actually, during the development of the embryo, a glove-like shape is formed in the hand, after which the fingers take shape. If there is any obstacle or change in this process, then the sixth finger becomes. In many cases it is genetic. That is, if someone in the family has this syndrome or a close relative is suffering from this problem, then its chances increase more.

People with six fingers in hand or foot are considered very lucky. It is believed that the mind of such people is very sharp and they are capable of doing any work, such people are more profitable, they do any work with hard work, dedication and honesty, due to which Success is almost certain.

According to palmistry, if the extra finger is towards the little finger in the hand, then Mercury and Venus are considered to be in the direction of the thumb. Having these two mountains in hand is considered very auspicious.

According to astrology, the functionality of the brain increases with the extra finger in the hand. The mind of such people is very active. In ancient times, sages and sages used to meditate by joining fingers and thumbs only to increase concentration, whereas it happens automatically with the sixth finger.

Such people are good critics

People who have six fingers on their hands and feet are also considered good critics, but they also have a flaw, such people often look very closely at the work of others and find faults in them, because often they Do not like the work of others, due to this their relationship with other people gets spoiled many times.

They have six fingers in their hands and feet.

Swapna Burman: Swapna has six toes on her feet, she is a well-known athlete. He won the gold medal for India for the first time in the heptathlon of the Jakarta Asian Games held in 2018.


Hrithik Roshan : Know that film actor Hrithik Roshan has six fingers in his hand, it has also been seen in his hand in many films, although he has not got it removed yet. He is considered a successful artist in Bollywood. Till now many of his films have proved to be super hit at the box office.