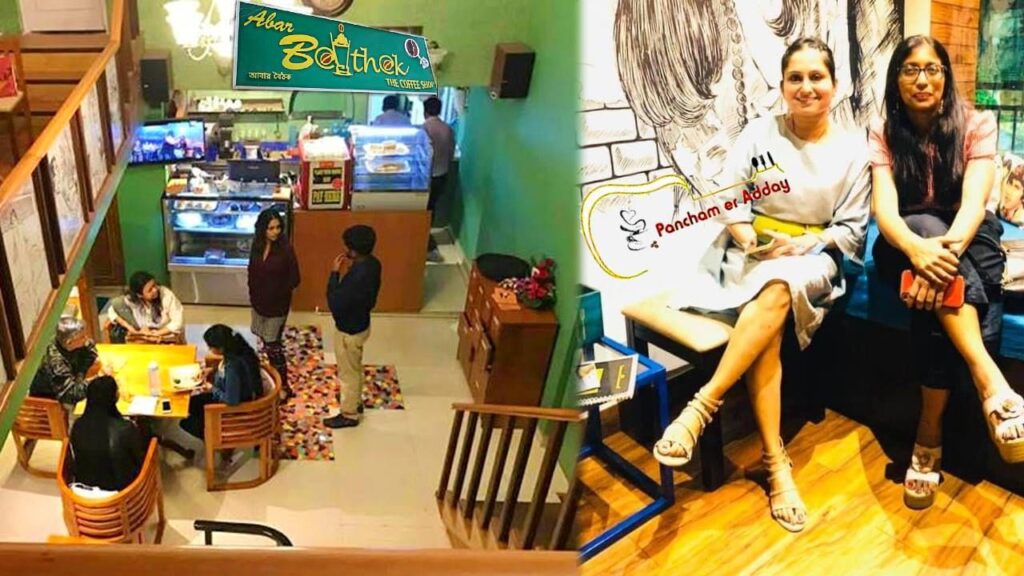 Rajreeta Sen, co-owner of tea cafe ‘Teatonic’, said that entrepreneurship has traditionally been dominated by men, but now things have started to change.

Theme Based Cafes by Women Entrepreneurs: Are you Satyajit Ray (Satyajit RayAre you a fan of his famous detective character Feluda? Is RD Burman (RD Burman) That is, do you get intoxicated by listening to Pancham Da’s songs? If so and cafe (Cafe in KolkataIf you like spending time in ) then you must definitely visit many such themed cafes in Kolkata. Another great feature of these cafes is that all the cafes are owned by some woman or the other. Yes, women have started these cafes and are running them there. Bengal actress Swaralipi Chatterjee is also included in these women entrepreneurs.

The cafe business is generally seen to be dominated by men, but women entrepreneurs in Kolkata, West Bengal have proved themselves in this field. These women have opened new age ‘theme’ based cafes. Let us know about some of the major cafes and their specialties.

‘Aber meeting’ on the theme of famous detective character

Women entrepreneurs who have opened the cafe include actress-turned-entrepreneur Swaralipi Chatterjee, who runs the popular cafe ‘Aber Baithak’ in Jodhpur Park in Kolkata. This is the first cafe based on the ‘theme’ of filmmaker Satyajit Ray’s popular detective character ‘Feluda’. Chatterjee, who was a popular face of Bengali serials till 2014, said, “We opened this cafe in Rabindra Sarobar area in 2010, a few years after our initial startup did not succeed due to a plan of the cafe, but I got divorced from my husband. After leaving, I now have to operate it alone.

Chatterjee said that she and her ex-husband started the cafe out of their passion for providing ‘adda’, delicious food and good ambiance for the customers. She said that her ex-husband cooks very tasty food and he was not even getting good roles on television, due to which both of them decided to start this business.

Chatterjee, who is planning to resume her acting career this year, said that women have to prove themselves at every step and determination is very important to do so. He has opened another cafe in the Narendrapur area outside the southern part of the city.

‘Pancham Er Adda’ on the theme of RD Burman songs

Amrita Ani, owner of ‘Pancham Er Dade’, another popular cafe in ‘Hindustan Park’ themed to songs by composer RD Burman, said it was her dream to open a cafe themed on the music of the 1970s and 80s, which started in August. Completed in 2019. Annie said that she had to sell all her jewelry to get her cafe back up after the lockdown. “I couldn’t see it sinking under any circumstances,” she said.

Arunima Dhawan, owner of ‘Hola’, a popular cafe in Vivekananda Park, said that she is very fond of delicious cuisine and got her husband’s full support in starting this business. “It is a four-year-old journey and we are still learning. When we started this business, we didn’t know much about cuisine and beverages.” On the other hand Rajreeta Sen, co-owner of tea cafe ‘Teutonic’ said that entrepreneurship has traditionally been male dominated. But now things have started to change.

Also read: What are the rules for a political party to become a national party… What will happen to AAP, which has conquered Punjab after Delhi?

How to Get the Most Out of Guest Post Services