Drones will save farmers from danger along with saving water and money, new employment opportunities will be created 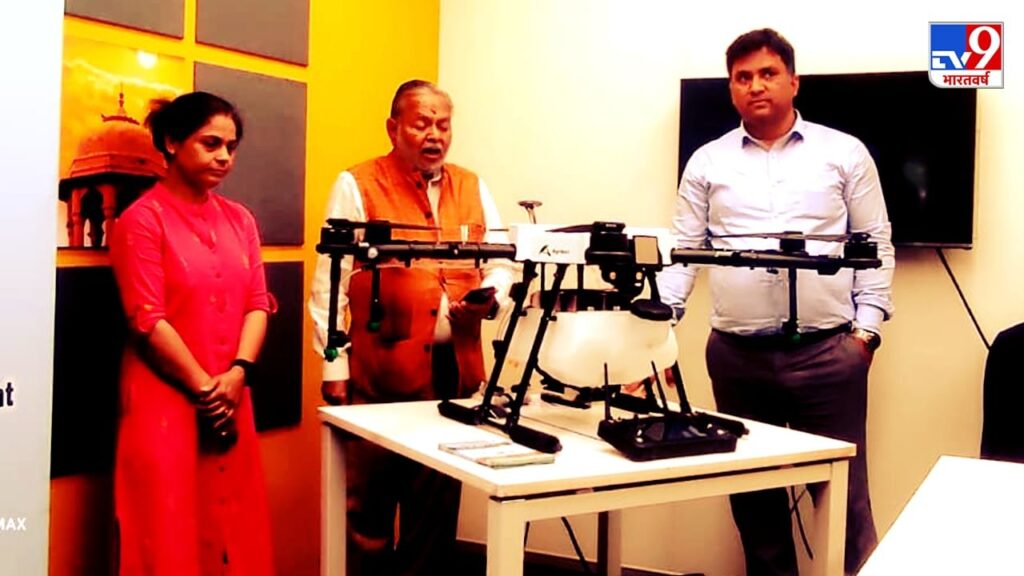 Drone in Agriculture: Drone will make the work of farmers easy, 150 liters of water will be used for spraying fertilizers and pesticides in one acre manually. Whereas the drone will do the job in just 10 liters.

After preparing the Standard Operating Procedure (SOP) for the use of drones in the agriculture sector, private companies have started trying to promote it in agriculture. In this episode, Dhanuka Group has launched Drone (Drone) has started field trials. Group chairman RG Aggarwal said that the use of drones will not only save water and money, but will also save farmers from coming under the influence of pesticides. They will be able to spray on crops safely. In a media roundtable organized with Confederation of NGO of India (CNRI) at Thapar House in Delhi, he said that due to lagging behind in technology, the farmers of our country (Farmer) are backward. He said that drone technology has proved to be very effective in controlling the outbreak of locusts in the country.

Agarwal said that at least 6.5 lakh drones will be needed in the initial phase in the agriculture sector. This will give employment to the youth. After some time at least one drone will reach every village. He said that every drone will have to be registered. Each of his pilots will be registered. For this, five days of training is being done. Only after passing the exam will you get a license to drive it. Every drone will also have insurance. The Director General of Civil Aviation (DGCA) has approved the course to learn how to operate a drone.

Farmers will be given training

Aggarwal said that if spurious fertilizers, seeds and pesticides are banned, then the income of the farmers will be more than double. Therefore, the government has to strictly stop the fake agri inputs. He told that a research center is being built in Palwal where training can be given to 100 farmers at a time. They will be told how the use of new technology can increase income. The use of technology is going to be very important in taking the agriculture sector forward.

How will farmers benefit

Why are fake pesticides being sold?

On this occasion, Secretary General of Confederation of NGO of India Binod Anand said that farmers are facing the problem of spurious pesticides at this time. The government needs to take steps to stop this. Fake dominates because the government has imposed 18 percent GST on pesticides.

Because of which farmers buy non-branded pesticides. Due to the high GST, they do not take the bill. Due to which not only their own but also the country suffers. Black thrips have damaged the chilli crop in 9 lakh acres in Andhra Pradesh and Telangana due to spurious insecticides.

read this also: Dairy companies or cattle ranchers, after all, who is eating the real ‘cream’ of the price of milk

Also read: Tractors again increased the tension of the government, the foundation of another farmer movement is visible

Russia has deployed its army in the Atlantic Ocean. This submarine can hit the…

Got a chance in the team after 6 years, beat Pakistan fiercely, scored a century