China trembles in the name of the devil Singh, now his granddaughter Dimple will roar on the path of duty 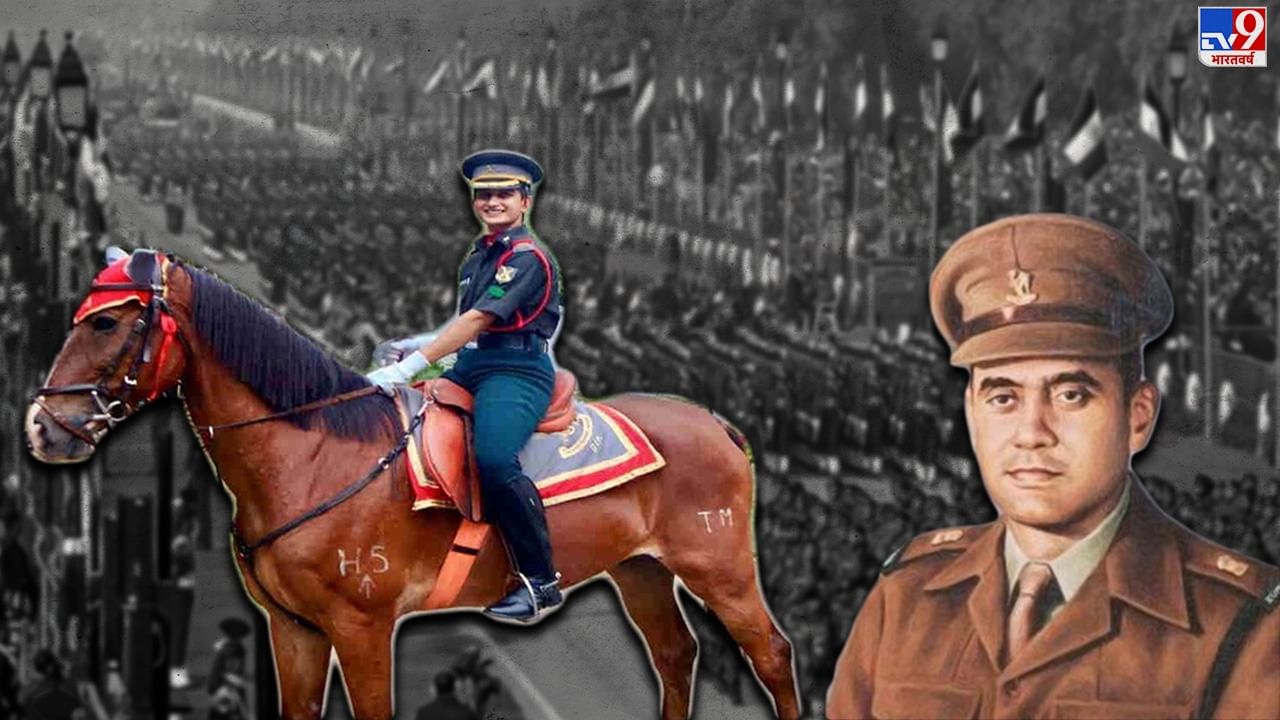 For the indomitable bravery of Major Shaitan Singh, the country awarded him with the Paramveer Chakra. Lieutenant Dimple Bhati is the granddaughter of this mighty Paramveer Major. Who will salute the tricolor in the Republic Day parade by following the ‘path of duty’ of her Baba.

Two thousand soldiers of China, heavy ammunition and only 120 soldiers here who were standing tall to protect the pride of Mother India, there was heavy firing from both the sides. Major Shaitan Singh was not only answering the enemy’s bullet, he was also busy in boosting the morale of the soldiers. Meanwhile, a bullet hit his hand. The companions asked to retreat, but the Major did not approve of this at all.

Major’s hands were injured, the spirit was intact. He tied the trigger of the machine gun to his leg with the help of a rope and kept firing at the Chinese soldiers till then. As long as there is life in the body. For the indomitable bravery of Major Shaitan Singh, the country awarded him with the Paramveer Chakra. Lieutenant Dimple Bhati is the granddaughter of this mighty Paramveer Major. Who will salute the tricolor in the Republic Day parade by following the ‘path of duty’ of her Baba.

That day 60 years ago, the date was 18 November and in 1962, the tension between India and China was tremendous, fighting had started in some areas. There was also some stir in Rezang La in eastern Ladakh. This was the period when the Indian Army neither had enough ammunition nor bullets. Only 120 soldiers were deployed in the C Company of 13 Kumaon Regiment deployed in Chushul sector near Rejang La.

Suddenly at four in the morning, hundreds of soldiers of the Chinese army attacked the bunker. Major Shaitan Singh, leading the company, was already prepared for that attack. Major had instructed the jawans that not even a single bullet should be wasted. Amidst the cold winds, the bravehearts of the country fought this attack of the Chinese army bravely and chased away the Chinese army, but more than half of the ammunition had run out.

… when the Major decided to fight

Major Shaitan Singh knew that this was not an occasion for celebration, he was aware of the coming danger, Major talked to senior officers on wireless, informed about the end of ammunition. The command asked to retreat, but the final decision was to be taken by the Major. When Major decided to fight, the company announced to stay with him with Bharat Mata Ki Jai Udghosh. Meanwhile, China again started attacking with cannons, mortars and bullets, Major Shaitan Singh kept fighting and later got martyred along with his company. The country had posthumously honored him with the Param Vir Chakra. About 1300 soldiers of the Chinese army were killed in the war on Rezang La.

BS Bhati, the son of Major Shaitan Singh, who sacrificed his life for the country, grew up to be a bank employee. His wife is a housewife. He lives in Jodhpur with his family. Both his daughters chose to serve the country. Both the granddaughters of Shaitan Singh are in the service of the Indian Army. Dimple Bhati, the youngest granddaughter to participate in the Republic Day parade, was commissioned in the army only last year. At present, Dimple is a lieutenant in the Signal Corps and is posted in Kupwara, Jammu and Kashmir. Whereas Dimple’s elder sister Divya is already the captain.

Both sisters wanted to join the army since childhood

The granddaughters of Major Shaitan Singh got the spirit of patriotism in their blood. This is the reason that since childhood, both the sisters used to dream of joining the army. Talking about Dimple, she did B.Tech in Computer Science and then tried for SSB. He completed his training at the Officers Training Academy in Chennai with a Silver Medal and got his first posting in Kupwara. Father BS Bhati had said in an interview that people used to talk many things about both the daughters going to the army, but my daughters were determined to take forward their father’s patriotism and were also successful.

Dimple will show stunts on duty

Dimple Daredevils along with the Corps of Signals will perform stunts on Royal Enfield Bullet in the parade on the occasion of Republic Day. Dimple told that Daredevils team has been doing this since 88 years. The team consists of two officers, two JCOs and other ranks. Daredevils team will come on different bikes and show amazing stunts and will salute President Draupadi Murmu and Tricolor.

training since one year

Dimple told that I have been training with the team in Jabalpur for a year. The family members are very happy on my selection for the Republic Day parade, it was my dream since childhood to walk on the Rajpath, that dream of mine is going to be fulfilled on Republic Day. Dimple told that during the deployment in the Corps of Signals, I came to know that the battalion also has a bike team, I applied and got the opportunity. This is like a dream come true.