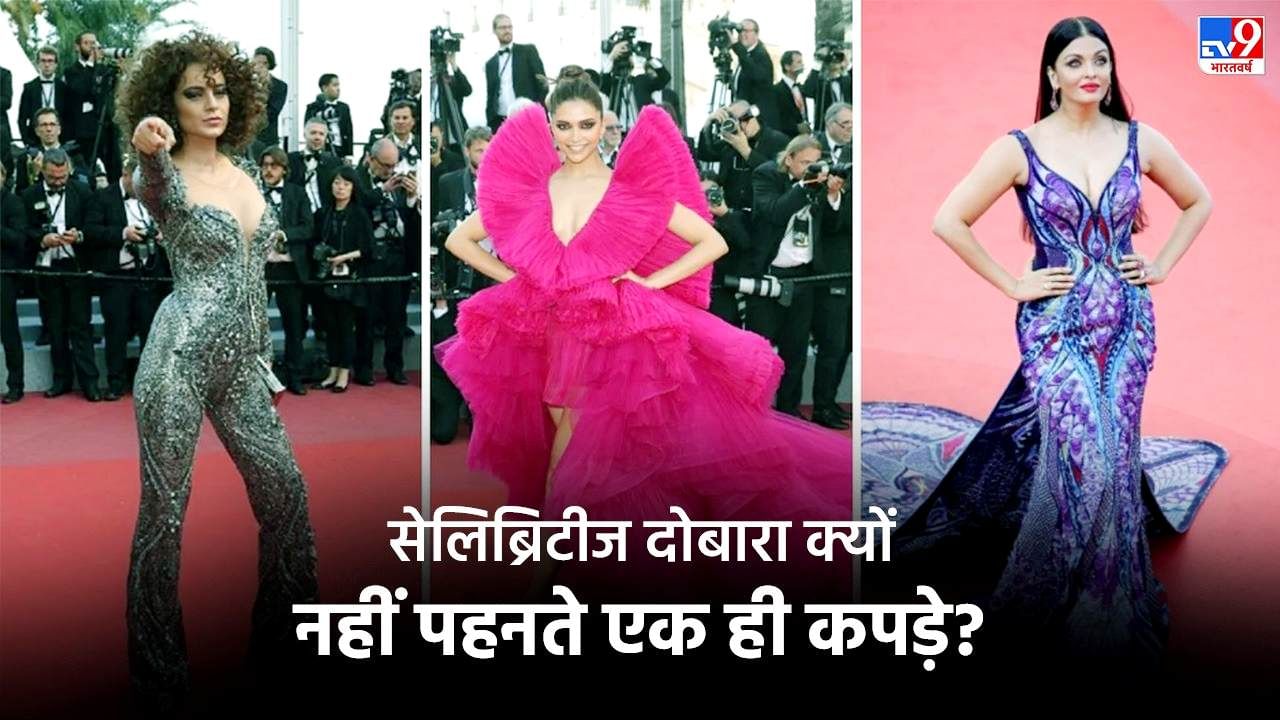 What happens to red carpet dresses: Celebrities walk on the red carpet wearing very strange clothes, but they are not seen in that clothes again. In such a situation, the question arises that what happens to those clothes after all? Know the answer to this…

Cannes Film Festival (Cannes Film Festival) started from Tuesday. The eyes of the world are on this festival. Celebrities on the red carpetCelebritiesThere is a discussion about what to wear. red carpet (Red Carpet) But celebrities wear very strange clothes, but again they are not seen in that clothes. In such a situation, the question arises that what happens to those clothes after all? From award functions to fashion shows, what happens to the clothes worn later, has been answered by many Hollywood stylists. He says, after wearing a dress, celebrities do not appear in those clothes again because they are a kind of rented dress.

What happens to the clothes of celebrities, why don’t they wear them again, who pays for it? Know the answers to these questions

What clothes the celebrities will wear, sometimes it is also decided by the brand whose sponsored program they attend. This is the reason why celebrities are seen only once in the same clothes.

Mirror’s report says, it is not necessary every time that celebrities get paid to wear designer clothes. Many a times celebrities borrow clothes from designers and after the event is over they return the clothes to them with the rent amount.

Then do those clothes get wasted?

The answer is no. Many designers redesign those clothes and use them again for celebrities. Not only this, if designers and celebrities are associated with a particular campaign, then they also auction those clothes to raise money. It raises a huge amount. The amount received after the auction is used to help people under that campaign.


This is how celebrities get beautiful and fashion designers get their name. The same method is adopted not only in the case of clothes but also footwear, jewelery and other accessories.