After all, who is spreading the rumor of Nitish Kumar becoming the PM or Presidential candidate? 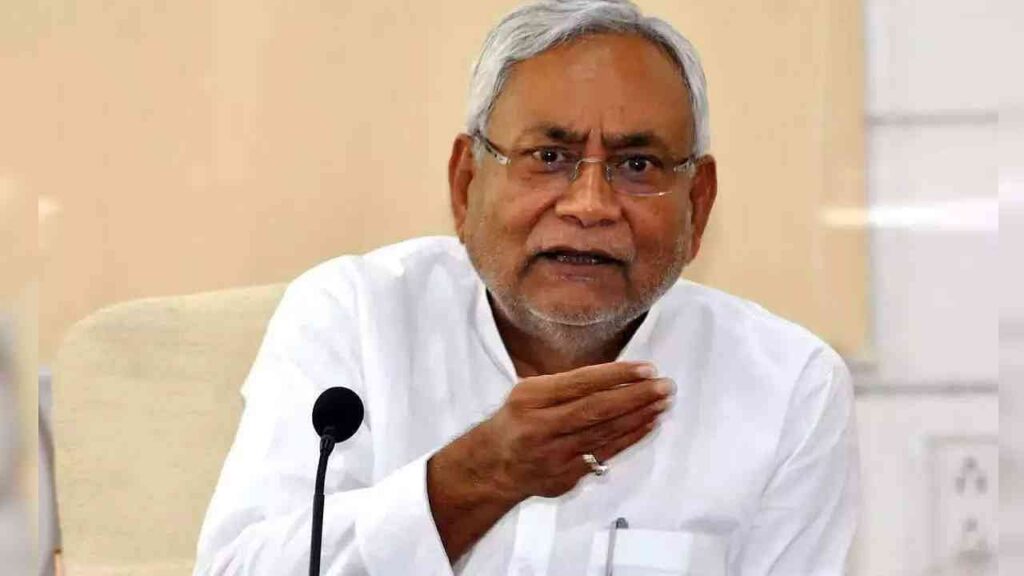 The CM of Telangana wants that such a third front should be created in the country which can give a tough competition to BJP in the 2024 elections. KCR believes that the Third Front will be a large coalition of non-BJP and non-Congress parties that will include the strength of all regional parties.

Nitish Kumar (Nitish Kumar) The BJP is contemplating breaking away from the alliance. NDA (NDA) The unity of the opposition has made a dent and Nitish Kumar will be made the opposition candidate in the presidential election. Modi for more than a decade (Modi) When Nitish Kumar, who is living in phobia, feels trapped on the board of political power, then such rumors become the headlines of the media. This time rumors are flying about Nitish as the leader of the Third Front, as the PM candidate in 2024 or before that in 2022 to be made the Presidential candidate.

Actually, everything is not going well in Bihar’s politics. It is being feared that PM Modi can issue a decree to Nitish Kumar at any time to hand over the reins of power to the BJP and you become the governor of a state or vice-president. But does Nitish Kumar also think the same way as PM Modi is seeking? Probably not and for this reason Nitish Kumar has played the politics of pressure. The latest rumor about Nitish is part of this pressure politics. But what will be its real look and what will be the effect of this rumor emanating from the politics of meetings, all this will decide the day of next 10 March when the mandate of five states including Uttar Pradesh will be in front of the country.

Wasn’t the rumor spread due to PK’s trick?

The story begins with Hyderabad, the capital of the southern state of Telangana. The performance of the BJP in the 2019 Lok Sabha elections, Telangana Rashtra Samithi leader and Chief Minister K. Chandrashekhar Rao is very nervous. The panic is so high that to save his fort in the upcoming assembly elections, he has made sure to deal with the country’s biggest election strategist Prashant Kishor.

It was in the first week of this month, Prashant Kishor had a meeting with KCR in which talks were held regarding the campaign of TRS in the Telangana Assembly elections to be held in 2023. It is said that KCR’s deal with PK has been confirmed. After that Prashant Kishor reaches Patna to meet Nitish Kumar and KCR reaches Mumbai to meet Maharashtra Chief Minister Uddhav Thackeray and NCP Chief Sharad Pawar.

The special thing was that before meeting KCR, Uddhav had spoken to Sonia Gandhi on the phone. After all these meetings, first the news spread that Nitish Kumar could be made the face of the Third Front in the 2024 elections, and then suddenly there was a rumor that Nitish Kumar would be made the Presidential candidate from the opposition side in 2022. So far this is just a rumor and that too without any weight. And all this is PK’s trick. It is a different matter that Nitish’s interest is also being served by this rumor to put pressure on Modi-Shah.

Nitish Kumar’s time is over

There is no doubt that Nitish Kumar is a well-known player of politics. But there is no denying that Nitish Kumar’s time has come to an end. Nitish Kumar himself has lost the opportunity to become the opposition’s candidate for the post of Prime Minister in 2019 due to the behavior of his Paltu Ram. At the same time, he also knows that in the presidential election of 2022, such a situation is not going to happen in which the candidate of the opposition gets victory.

Yes, it is necessary that he knows every trick to remove all the thorns that come in the way of his power. Political pundits are also judging the latest rumor as the same trick of Nitish. It is being said that everything is not going well in Bihar and pressure is being made on Nitish Kumar to hand over the power of Bihar to the BJP.

KCR’s interest is related to the presidential election

Presidential elections are to be held in July-August this year. In such a situation, the CM of Telangana wants that such a third front should be created in the country which can give a tough competition to the BJP in the 2024 elections. KCR believes that the Third Front will be a big alliance of non-BJP and non-Congress parties in which Mamata’s TMC, Lalu Yadav’s RJD, Akhilesh’s SP, Kejriwal’s AAP, Uddhav’s Shiv Sena and Pawar’s NCP will play a big role. Since all these parties will create great trouble for BJP in North and Central India, BJP will not be able to fight with that strength in Telangana elections of 2023 to save its big fortress.

The reason why KCR is running so much in the exercise of setting up a third front on the pretext of presidential elections is because KCR is very worried about the fact that the BJP is getting stronger in his state. In the last two years, his party TRS has faced defeat in local elections and by-elections. By winning three seats in the 2019 Lok Sabha elections with 19 percent of the vote, the BJP had made it known that Hyderabad was not far away. However, in terms of numbers, BJP is still far away from TRS in Telangana. But, the BJP’s slowly growing strength is enough to make KCR realize that the BJP can no longer be ignored.

However, Nitish Kumar, about whom such a big rumor is floating in the political corridors, has not yet received any statement from his side. But it is necessary that in the power of Bihar, Nitish Kumar is not feeling very comfortable with the BJP for the last few days and is looking for an alternative. But this cannot be taken to mean that he should present himself as a presidential candidate on behalf of the Third Front. Even if it is assumed for a while that whatever is being said about Nitish Kumar is very close to the truth, then one will have to wait for the day of March 10, 2022 to prove it too. The mandate of five states including Uttar Pradesh will decide what the political condition and direction of the country is going to be. The political future of Nitish Kumar and Bihar is also looking forward to March 10.

(The author is a senior journalist, the views expressed in the article are the personal of the author.)

Karnataka: 6 arrests and 12 interrogated in the murder case of Bajrang Dal worker, curfew extended for 2 days in Shivamogga in view of the situation