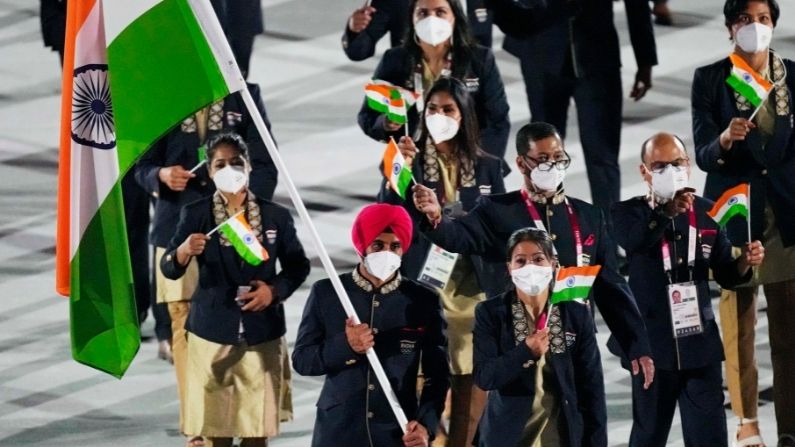 So far, India has won the maximum six medals in the 2012 London Olympics. This has been his best performance. Better than this is expected at the Tokyo Olympic Games.

Former India wrestler Yogeshwar Dutt hopes that India will get at least eight to 12 medals in the Tokyo Olympics 2020. Karnam Malleswari also believes something similar. The Olympic Games officially started on 23 July with the Opening Ceremony. During this, the Indian men’s hockey team captain Manpreet Singh and boxer Mary Kom were the flag bearers. After the program organized by the Sports Ministry in Delhi on the occasion of the Opening Ceremony, Yogeshwar Dutt told news agency ANI, ‘We have high expectations from our players. The whole country is praying for our players and we are hopeful that we will win a lot of medals. I think this time we will be able to win eight to 12 medals. All our players are in good form in hockey, badminton, wrestling.

He said, ‘I think we can win two-three medals in wrestling and if God’s grace then good things will happen in wrestling. All our athletes are hungry to win medals. I hope our performance will be better than the London Olympics. Yogeshwar Dutt is an Olympic medalist. He won bronze in the London Olympics. India won a total of six medals in London. Under this, two silver and four bronze medals came. Vijay Kumar in shooting, Sushil Kumar in wrestling won the silver medal. While shooter Gagan Narang, badminton star Saina Nehwal, boxer Mary Kom and wrestler Yogeshwar got bronze medals. This is India’s best performance in an Olympics.

Malleshwari said – Meerabai will get a medal

Karnam Malleswari, who won a bronze medal in weightlifting for India at the 2000 Sydney Olympics, also agreed with Yogeshwar Dutt. He believes that India can get 10-12 medals. He said, ‘We are thinking well. If we look at the performance of the last years, Mirabai Chanu is playing well and I have high hopes from her. A lot depends on planning. This time Mirabai has planned well and we are hopeful that she will win the medal. I think we will win 10 to 12 medals.

Here, the Indian Olympic Association on Friday signed an agreement with the Adani Group as the sponsor of the Indian contingent for the Tokyo Games. This was announced by the current IOA Secretary General Rajeev Mehta in Tokyo. Mehta tweeted, “It gives us immense pleasure to inform that the Adani Group will be one of the IOA’s sponsors for the Olympics. Adani has promised us cooperation in future also. Earlier, IOA has tied up with several private companies including Amul, MPL Sports Foundation, JSW Sports.

read this also: Tokyo Olympics 2020: Country devastated by war, yet did not give up dream, Hand Zaza will play Olympics at the age of 12

Oats Face Scrub: You can use oats in these ways to make face scrub