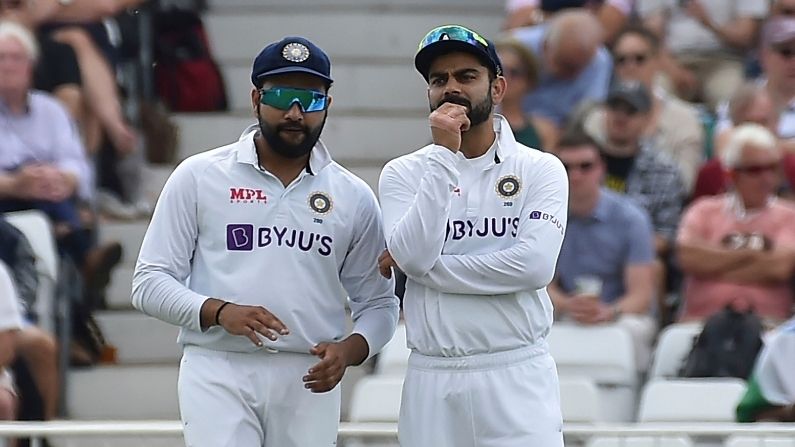 India bundled out England for just 183 runs in the first innings on the first day of the first Test in Nottingham on the basis of excellent performance by the fast bowlers.

The five-match Test series between India and England has started and the first match of the series is going on in Nottingham, where on Wednesday, 4 August, on the first day of the match, India’s fast bowlers attacked England’s batsmen. was forced to surrender. In front of the strong performance of Indian bowlers, England’s innings was reduced to just 183 runs. The whole day proved to be good for the team and an example of this was shown in one over of Mohammad Siraj, when in the DRS game, captain Virat Kohli first proved to be laggy and then achieved success the very next moment, Which broke the partnership of England before it got stronger.

After losing the toss, the Indian team, which was bowling first, got success in the very first over. Jasprit Bumrah returned LBW to England opener Rory Burns on the fifth ball of the match itself. It was natural for the England team to come under pressure after the initial setback, but Dom Sibley and Jack Crowley put up a strong partnership to end the chances of a collapse early on. The partnership between the two batsmen was getting stronger and then came Mohammad Siraj’s over where the situation changed.

In the 21st over of England’s innings, Siraj’s third ball appealed for a behind the wicket catch against Jack Crawley, which was rejected by the umpire. Indian captain Virat Kohli and wicketkeeper Rishabh Pant were excited and Kohli took DRS. This decision turned out to be wrong as neither the ball hit Crowley’s bat nor was it hitting the stumps for LBW. India had to lose the review.

Then on the last ball of the same over, again in the same style, there was an appeal for a catch behind the wicket against Crawley and this time also the umpire gave not out. After the previous mistake, Kohli was not sure about taking the review. He also asked the rest of the teammates, but Rishabh Pant persuaded the captain, after which Kohli took DRS for the second time in the same over. This time the decision went in favor of India and Crowley was declared caught out.

England battered in front of Shami-Bumrah

This wicket of Crowley proved to be important, as it broke his crucial 42-run partnership with Sibley. After this, in the next two sessions, India also took the remaining 8 wickets of England, in which the team’s leading fast bowlers Jasprit Bumrah and Mohammed Shami scorched. Bumrah took the maximum 4 wickets, while Shami, who was bowling most effectively in the entire innings, also got 3 successes. Shardul Thakur got 2 and Siraj got 1 wicket. Captain Joe Root scored 64 runs for England.

Also read: IND vs ENG: This legendary player closed the doors for Ashwin on the tour of England, favored Ravindra Jadeja