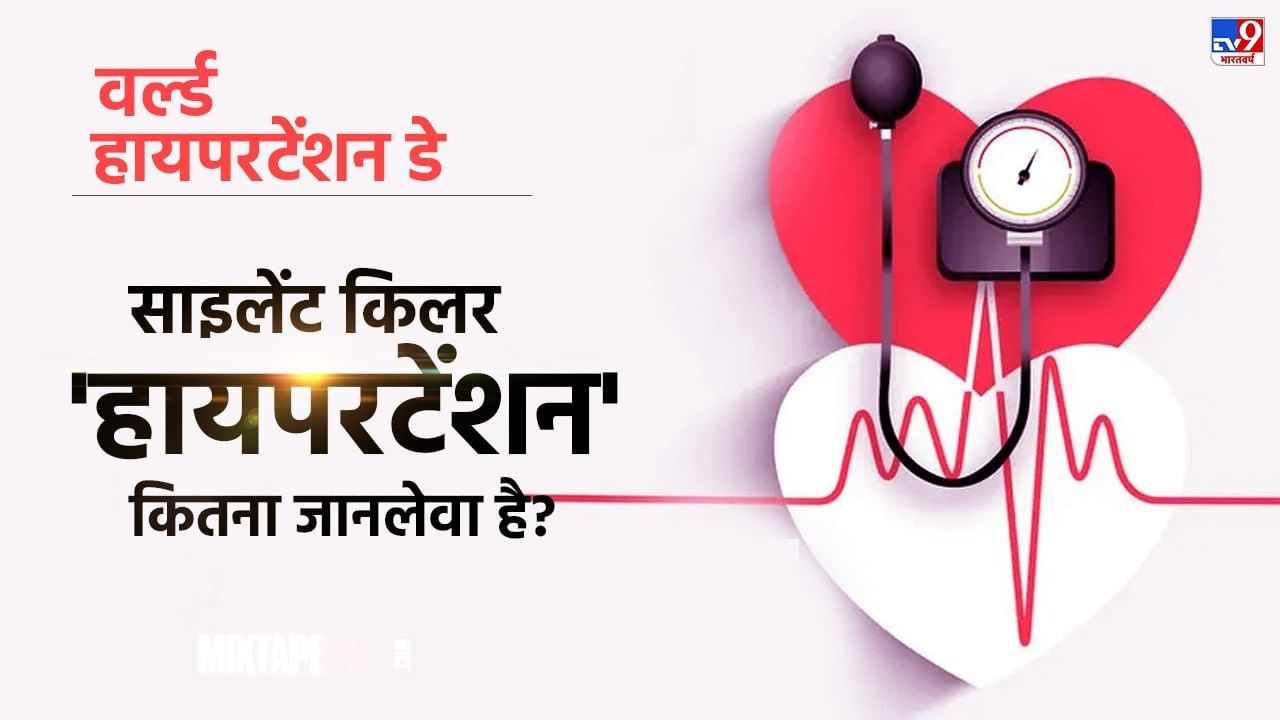 World Hypertension Day 2022: Why hypertension is called the silent killer, how many diseases it causes, what symptoms indicate it and how to prevent it? Know the answers to these questions…

Hypertension i.e. high blood pressure in the country (High Blood PressureMost cases of ) are reported in men. National Family Health Survey-5 (NFHS-5According to a recent report, 24 percent of men in the country are suffering from hypertension. At the same time, this figure is 21 percent in women. The shocking thing is that 67 percent of women and 53.7 men of the country never got their blood pressure tested. Due to this, cases are increasing worldwide. World Health Organization (WHO) says, in 2015, about 113 million silent killers worldwide called hypertension (Hypertension) suffered from. By 2025, 29 percent of the world’s population is expected to suffer from it.

Today is World Hypertension Day, on this occasion, know why it is called the silent killer, how many diseases are caused by high blood pressure, what symptoms indicate it and how to prevent it.

Why is hypertension called the silent killer?

According to the WHO report, around 120 crore people worldwide are suffering from the problem of hypertension. How dangerous is hypertension, it can be understood that in 2019, 1.79 crore people died due to heart diseases. High blood pressure ie hypertension was responsible for one third of these deaths.

It is considered dangerous because most people do not understand how high their blood pressure is. As a result, heart, kidney, liver related diseases, along with bleeding nose and loss of eyesight, many problems start to arise. Those who do not get the test do not understand the reason and go on getting surrounded by diseases, hence it is called silent killer.

Red spot in the eyes

Why does the problem of hypertension occur after all?


How to control hypertension, understand in 3 points