Why are the lungs getting worse even after recovering from corona in the second wave, expert told these big reasons 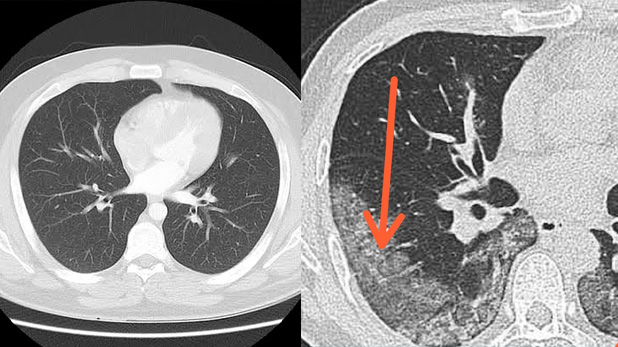 Dates have been giving immense strength to people for thousands of years, these are its miraculous benefits

Video: After recovering from corona, people are suffering from these serious problems, you can save by keeping these things of experts in mind

Lungs are getting worse even after recovering from corona

The second wave of coronavirus is creating a terrible orgy in India as compared to the first wave. This pandemic has given such wounds to our country, which will remain alive in our mind till the last breath. It was known to us in the first wave itself that the coronavirus is directly attacking our lungs, causing difficulty in breathing and the patient is dying when the situation worsens. But, in the second wave, the changed form of corona affected the lungs badly. You may have heard very little about lung infection during the first wave, but this time we are getting to see and hear a lot about it. Dr. Navneet Sood, Senior Pulmonologist, Narayana Hospital, had a special conversation with NewsNCR about the ill effects of Corona virus on our lungs.

Unaccounted patients came during the second wave
Dr. Navneet Sood told that Corona had affected the lungs even during the first wave. But during the second wave a large number of patients reached the hospital. Not only this, most of the patients who reached the hospital were suffering from serious illness. Due to the large number of patients, they were treated in different ways. During this, many patients did not get oxygen on time and many patients did not even get the necessary medicines on time. Dr. Sood said that in the second wave of the epidemic, the corona has become much more dangerous than before by mutating. This is the reason why the lungs of the patients are being affected badly and even after recovering from the disease, oxygen is needed.

These things are spoiling the lungs together
After this, diabetes, cancer and other diseases also work to add ghee to the fire to spoil the lungs. He said that people who have weak immunity, who have diseases like diabetes and cancer and they also fall in the grip of COVID. They have also got steroids during treatment, they have also got different types of oxygen (industrial oxygen), so many types of fungal infections, bacterial infections are also happening. This is the reason why the second wave of corona is having a terrible effect on the lungs.

Also read- Video: To protect pieces of liver from coronavirus, it is important to keep an eye on their nature, know what experts say