Tele mental health centers will start for increasing mental diseases in the country, NIMHANS director told how to get benefits 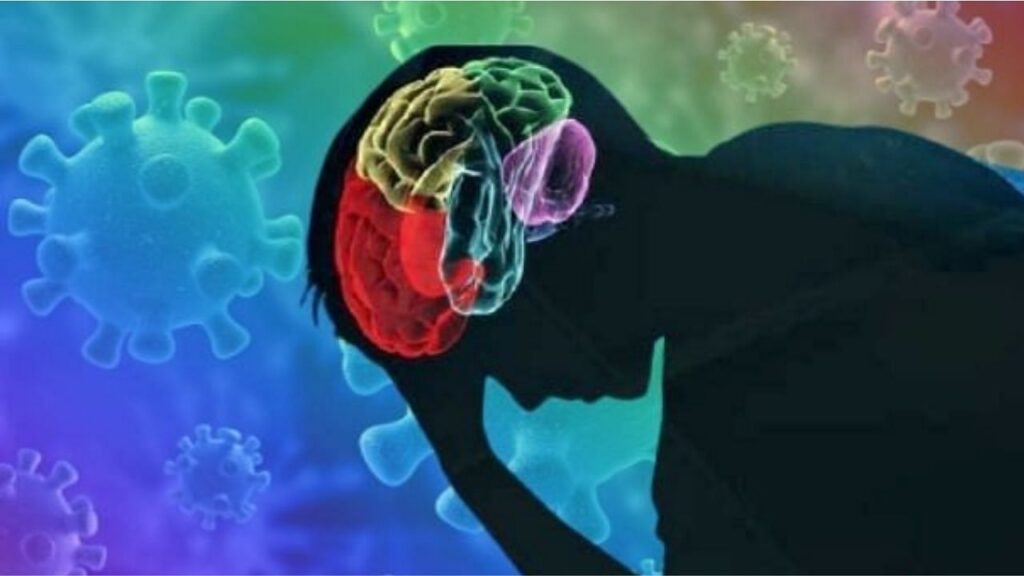 Union Finance Minister Nirmala Sitharaman had said during the budget speech that “a national tele mental health program will be launched to improve high quality mental health counseling and care”.

Corona epidemic in the country (Corona PandemicThe Center on Tuesday, 1 February launched the National Tele-Mental Health Program on the increasing mental illnesses among people due toTele mental health program) announced the launch. For this NIMHANS of Bangalore has been appointed as the nodal agency. IIIT Bangalore will provide technical support for this programme. Union Finance Minister Nirmala Sitharaman (Nirmala Sitharaman) said during the budget speech that the pandemic has increased the problem of mental disorders among people of all ages. “A national tele-mental health program will be launched to improve high quality mental health counseling and care,” he said.

The Finance Minister said that 23 tele mental health centers from different parts of the country will be involved in this. Nimhans director Dr Pratima Murthy told NewsNCR, “These centers have been identified by the Government of India. They are being strengthened by supporting them. NIMHANS will work with those centers and help the state governments to set up these tele mental health services”.

Dr Murthy said that trained counselors would be appointed in every state for tele mental health helpline. “These people will identify people who have problems and send them to the right institutions for treatment. Many people do not know where to seek treatment. Then the patients also find it difficult to see it with a bad eye in the society. In such a situation, it is important to create a network of such services for mild mental patients.

Scientific evidence is constantly being found that the corona epidemic has already increased mental health in every age group all over the world. People working in the health sector have been suffering from COVID burnout due to the constant demand for their services. Children are feeling fearful, uncertain and isolated. During the long corona period, this hidden mental illness has also made its way home in the minds of patients recovering from corona.

According to the first global estimate of the pandemic’s impact on mental health, published in The Lancet, the coronavirus caused more than a quarter of the worldwide depression and anxiety cases in 2020. Its effect was greater on women than on men. It had a greater impact on the youth than the middle-aged and the elderly. Due to the high infection rate and restrictions on the movement of people outside the house, there was an increase in the cases of depression and anxiety among the people.

Dr. K Sudhakar, Health Minister in the Government of Karnataka tweeted that 24 lakh tele-consultation sessions were conducted in the state during the pandemic. The mental health wing of the government conducted counseling for 24,445 health workers across the state.

Dr Murthy said, “According to the National Mental Health Survey, even before the pandemic, more than three-fourths of people were not able to get mental health services despite suffering from mental disorders. We know that there has been an increase in common mental disorders during the pandemic.”

During the pandemic, the Center for Psychological Support in Disaster Management at NIMHANS launched a round the clock helpline to provide counseling on mental disorders across the country. “That helpline received an average of 10,000 calls in a month. These were mainly people who either wanted information or were in distress.” Dr Murthy said that during the pandemic there was a lot of discussion about mental health but most of them did not get the necessary expert advice as there is a huge shortage of good mental disorder professionals in the country. “In such a situation, the Government of India tried to bridge the gap by trying.”

How will the Centre’s initiative help in tackling the ongoing mental disorder in the country?

Dr Murthy told NewsNCR, “This initiative will help people with psychological distress and mild problems as counseling is enough for them. It will also be helpful in identifying people with serious mental disorders and sending them to the right hospitals or institutions.”

“When you treat people who are under psychological stress, their illness doesn’t take a serious form, they don’t commit suicide, and their chances of turning to substance abuse are also greatly reduced.” On the impact of tele-services, Dr. Murthy says that there is enough research and evidence around the world to support it. “It is not just tele mental health services. There are many other networks associated with tele mental health counseling in this. He informed that all these needs are being comprehensively met.

He said, “We know that face-to-face consultation is very important. We know that very few people are getting counselling. Maybe the doctors are so busy that they are not able to give as much time to the patients as the patients need. That’s why a mix of services has always proved useful in the country.”

Also read: Budget 2022: What is the meaning of National Tele-Mental Health Program in the budget

How different is the diamond made in the lab from the original diamond, for which the announcement was made in the budget

Budget 2023: What is Shree Anna, how it got its name and why the government is promoting it, know everything

Budget 2023: Announcement of planting mangrove plants on the beaches, know their 5 major effects