Smoking puts women at risk of having a premature baby, it affects growth 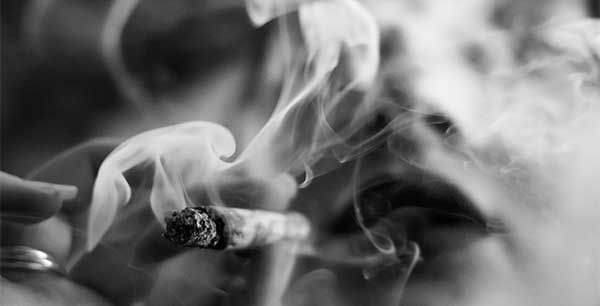 According to experts, the harm that air pollution causes to health. The same happens with smoking. This causes lung cancer and heart disease. Many serious problems are seen in women due to smoking.

Recently a research has been published in the medical journal The Lancet, according to which 24 lakh deaths occur every year in India due to air pollution. Air pollution also has a great effect on cancer, heart and lungs and it is considered a major cause of lung cancer. However, as dangerous as air pollution is. There is smoking as well. This has a serious impact on the health of women especially. According to doctors, smoking of women can cause pre-mature birth of their child. Apart from this, smoking can also lead to serious diseases like COPD and lung cancer.

Dr. Bhagwan Mantri of Pulmonary Department of Moolchand Hospital in Delhi explains that COPD disease is caused due to smoking and air pollution. This is called chronic obstructive pulmonary disease. This is such a disease of the lungs, in which the patient starts having trouble breathing. This disease is becoming very serious and its symptoms are seen in many people. COPD patient has difficulty in breathing. He gets tired only after walking for a while. Because of this, he gets many more problems.

Smoking is dangerous for women

In the last few years, the trend of smoking among women has also increased. This is affecting their health. Dr. The minister said that the effect of smoking also affects the health of the child. If a woman smokes, then she is more likely to have a pre-mature baby. In this situation, the baby is born a few weeks before the time of 9 months. Due to this, the growth of the child is also affected.

Why does this happen

According to Gynecologist Dr. Vinita Panwar, smoking during pregnancy does not allow proper circulation of blood in the body. Due to this, the placenta does not develop properly and the size of the baby remains small, due to which there is a risk of having a pre-mature baby.

Cases of lung cancer coming at a young age


Dr. Minister said that due to air pollution and bad lifestyle, now cases of lung cancer are coming at an early age. A few days ago, a 40-year-old woman reached him for treatment. Those who have a cancerous lump in their lungs. Dr. told that this woman has no history of smoking, but she has got lung cancer. A major reason for this can be pollution.

What are the isolation guidelines when you’ve got Covid?