MP: People living in these 4 panchayats will have to get the vaccine, if they refuse then hookah-water will stop 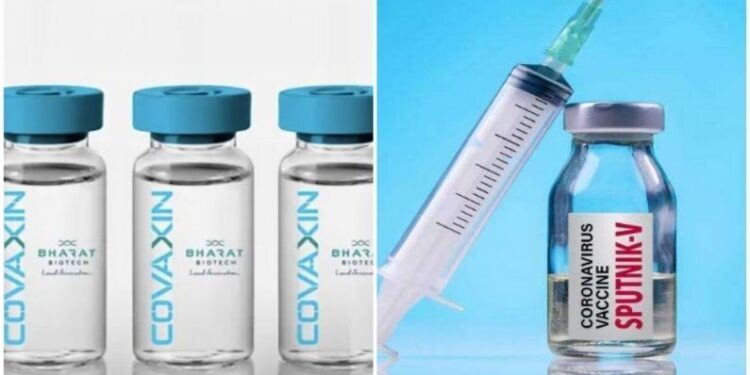 Some people of the villages say that getting the vaccine is causing death, so many people feel that after getting it, impotence will come and children will not be born.

Whether bleeding or spotting is normal during pregnancy, know about it here…!

Linea Nigra: Black line emerged on the stomach during pregnancy, know about it…

The general public is still confused about the Corona vaccine. That is why despite the government’s so many awareness campaigns, people are not coming forward to get the vaccine. In such a situation, 4 panchayats of Bhopal have taken a strict step to motivate people for the vaccine. 13 villages of these 4 panchayats have decided that whoever does not get corona vaccine from their village, the whole village will end the relationship. He will not be invited to any program in the village, nor will any person go to his house.

In fact, the village panchayat has now taken the initiative so that everyone should not spread corona in the village. These 4 panchayats include Ratibad, Sarwar, Secunderabad and Mundla. A population of about 17 thousand lives in 13 villages attached to these panchayats. Of these, 5 thousand people have got the vaccine so far.

Confusion spread in the village regarding vaccination

There are different types of confusion among the people of the village regarding vaccination. Some people of the villages say that getting the vaccine is causing death, so many people feel that after getting it, impotence will come and children will not be born. That is why even after saying many times, people are not getting the vaccine. Whenever people are asked for the vaccine, they start making some excuse or the other. So in such a situation, an awareness campaign is being run in the village to remove these misconceptions spread among the people.

Along with this, instructions are being given that if vaccination is not done then they will be socially boycotted. Due to this fear, people are reaching to get the vaccination done.

Fear in Fatehpur Dobra village, if you get the vaccine, you will die

Fatehpur Dobra village is 25 km away from Bhopal. About thousand people live in this village. Rumors have been spread among the people in this village that if the vaccine is administered, they will die. That’s why people are not getting the vaccine. In such a situation, to make people aware about the vaccine, the priests of all the temples and the clerics of the mosques are appealing to the people to go door to door to get the vaccine. In some places, invitation cards are also being distributed to people for vaccination.

Also read- MP: Gang of robbed brides who ran away with money and jewelry in the name of marriage, got caught by the police, 6 people including 4 girls arrested

Also read- Madhya Pradesh: Girlfriend was murdered by slitting her throat in a moving train on June 1, now hanged herself in jail by making a noose of T-shirt