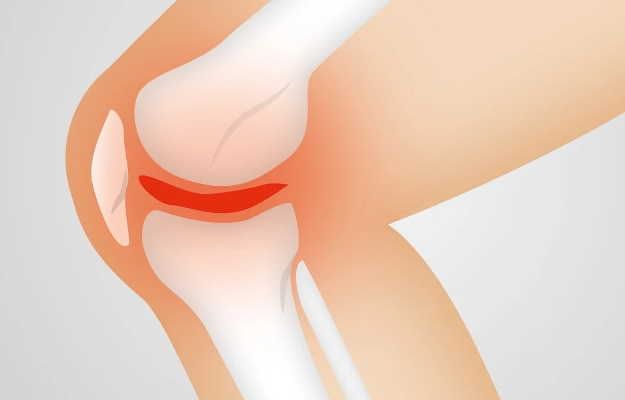 Osteoarthritis disease is also increasing due to obesity

Women should take precautions to prevent the risk of osteoarthritis. If they are already suffering from it then a doctor should be consulted on time to stop it and prevent it from progressing in future.

joint cartilage (Joints cartilage) Osteoarthritis due to wear and tear (Osteoarthritis) It happens. Healthy joint cartilage itself helps to move the joints without pain and friction. knee in human body (Knee) They are very important, because the weight of the whole body rests on them. This is the reason why the knees are most affected by OA. However, many factors work behind OA, including biological, genetic, ethnic, emotional, environmental and psychological factors. In the study so far, it has come to the fore that the risk of suffering from it is almost twice in women as compared to men. When women are in their fourth or fifth decade of their age, they have to deal with pain, stiffness, difficulty in walking and difficulty in climbing stairs etc. problems like menopause (Menopause) After that increases more.

If we talk about the biggest reason behind the risk of OA, then it is obesity, which affects both women and men a lot. After menopause, women (over 50 years of age) often gain weight, due to which their knee cartilage has to bear more burden. The hormones estrogen and progesterone play an important role in keeping cartilage healthy. At the same time, after menopause, the deficiency of these hormones can increase OA in the knees, which can lead to crooked knees.

Physically, women’s hips are wider than men’s. In such a situation, a wide angle is formed due to the bones of the hip, which puts more load bearing stress on the outer part of the knees (knock knee position). This wears down the cartilage of the knee over time. Many studies show that the amount and thickness of cartilage decreases in women, due to which women are more prone to osteoarthritis than men of the same age.

OA can affect the life of any person. In particular, the ability to climb stairs and walk on the ground also decreases. As the knees become weak, lifestyle changes and activities such as brisk walking, running or engaging in recreational sports become a distant dream. Gradually, it also affects self-esteem. Hence, it is advisable to be aware in time and treat OA of the knee.

Women of all ages should take timely precautions to prevent or reduce the risk of OA. If they are already suffering from it then a doctor should be consulted on time to stop it and prevent it from progressing in future.

What can women do to deal with it?

To maintain the ideal body weight, it is recommended to have a healthy diet and do regular weight bearing exercises. Adequate iron intake should be taken to overcome the deficiency of hemoglobin, calcium and vitamin D, especially after pregnancy, lactation and menopause. Actually, it is very important to reduce the weight of bones after pregnancy, lactation and menopause and to prevent them from weakening.

During pregnancy, the weight of women starts increasing, due to which the pressure on the knee joints increases. If this increased weight is not reduced later, then the pressure on the knee joint remains, due to which the OA in the knee increases very rapidly. In such a situation, it is important to exercise regularly every day to maintain a healthy body weight and to prevent injury to the knee during exercise. However, a doctor must be consulted for this.

Self-medication, ignoring knee pain and not taking timely advice from a doctor can delay the resolution of the problem, which can lead to problems in preventing or resolving the progression of knee OA. Various therapies (cartilage supplements, intraarticular injection of visco-supplements) and surgical interventions (knee preservation surgery) are recommended to prevent progression of knee OA in the early stages or to get rid of late-stage arthritis, leading to a complete Knee replacement surgery.


(The author is the Additional Director and Unit Head, Department of Orthopedics, Fortis Hospital, Shalimar Bagh.)