If you feel sleepy, afraid and nervous, take the advice of doctors immediately, may be victims of mental illness 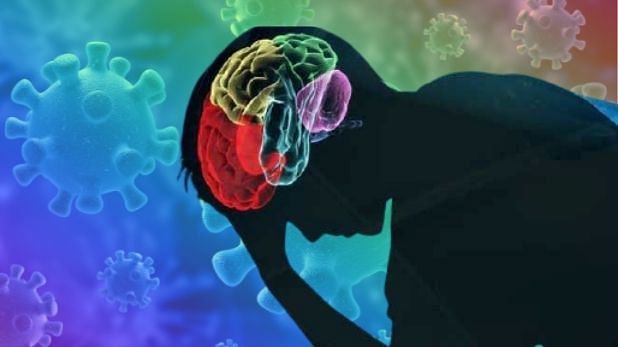 Mental health has emerged as a big challenge in the Corona era. Be it children or youth, everyone’s mental health is being affected. Statistics show that the number of psychiatric patients is increasing rapidly in the country. 15 percent of the world’s mental patients are in India. Experts say that the number of mental patients has increased due to the conditions arising after the coronavirus. Timely treatment of this problem is very important. Being careless can be dangerous. According to psychiatric experts, if someone is facing problems like sleeplessness, fear, nervousness, then doctors should be consulted immediately.

Psychiatrist Dr Rajkumar Srinivas told that psychiatry is a condition that does not happen in a day. It builds up slowly. The symptoms of mental problems can be easily understood. First of all there will be a change in the behavior of the person who is the victim. There will be a change in his behavior towards family, society, colleagues working together. Second, a change in his thinking, a change that has never been expected. Due to these changes, if he harms himself or is unable to do his daily activities, then it should be understood that he may have some mental problem. Many such patients come to him who are always afraid. Patients are also facing the problem of sleeplessness. All these are symptoms of depression, which later becomes a mental illness. Therefore, people should pay attention to these symptoms and seek the advice of doctors.

Psychiatrist Dr. Omprakash of the Institute of Human Behavior and Allied Sciences (Ihbas) advises that the most important thing to overcome a disease like mental depression is to have positive thinking. People have to think that he is not alone to face his troubles. People should talk openly with their family members about any problem. One has to stop blindly trusting the rumors spreading on social media. For any disease, only doctors have to be trusted. You have to get enough sleep at the right time. Yoga and Pranayama should also be resorted to. In case of any doubt, one should not hesitate to consult doctors and mental pathologists.

Dr. Om Prakash says that there is a need to bring awareness about mental problems in the society on a large scale, that too at every level. This work can be done in schools-colleges or through media. If someone is sharing his mental problem, then treatment should be provided to him immediately. If you see a sudden change in the behavior of a person, then you should talk to him.

25 percent patients may increase by the end of 2020

According to the World Health Organization (WHO) data, more than 90 million people out of the country’s population of 1.30 billion are in the grip of some form of mental depression. In a report, the organization has predicted that 25 percent of the population will be vulnerable to mental illnesses by the end of 2020.

Government has issued helpline number
Health and Family Welfare Department has issued toll free number 080-4611007 for any kind of psycho social assistance. People can get help by calling on this.

Also read: Less than one percent of active corona patients left in the country, the graph of infection will continue to fall in the coming days