From where will 216 crore doses of corona vaccine reach the country by December, know here 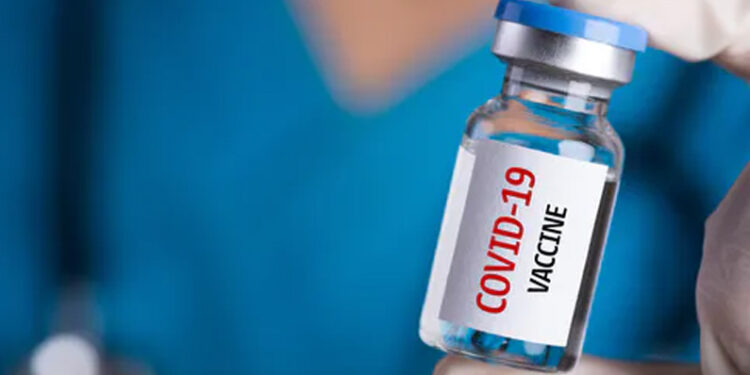 Union Minister Prakash Javadekar had said that by December, the country would have 216 crore doses of the vaccine. Let us tell you how so many vaccines will come till December.

Whether bleeding or spotting is normal during pregnancy, know about it here…!

Linea Nigra: Black line emerged on the stomach during pregnancy, know about it…

Now worry about the second wave of corona and vaccine. Today, the Supreme Court raised many questions on the country’s vaccine policy and also raised questions on the cost of the vaccine. We will mention this later. First of all, let us tell you that the second wave havoc of Corona in the country is continuously decreasing. On June 1, the corona report of 1 lakh 33 thousand 48 people came positive. In 24 hours, 2 lakh 31 thousand 277 infected people were also cured. And during this 3,204 people died due to infection.

The good thing is that in the country, except Arunachal Pradesh, Manipur and Mizoram, in all other states and union territories, more old patients were cured than new cases. It is also a matter of relief that in the last whole week, more old patients were cured than the new ones. If you calculate this, then 37% more than the new case. Older patients recovered. On June 31, the difference between the daily case and the recovery was more than double. And the biggest reason behind all this is the lockdown, which we will analyze further.

Vaccine is the biggest weapon in the war with Corona

First, let’s talk about the last weapon of war with Corona, that is, the vaccine. Whose shortage is directly related to the concern of crores of people. And the good news is that the way for foreign vaccines to enter India has been cleared. In order to make the vaccine of American company Moderna and Pfizer available in the country as soon as possible, the central government has agreed to accept their conditions. The Drug Controller General of India i.e. DGCI has said that if the vaccines of these companies have got emergency use approval from major countries and WHO, then there is no need for bridge trials after their launch in India. That is, tests will not be done in India regarding the quality and stability of these vaccines.

Actually, lakhs of people got infected daily in the second wave of corona. In such a situation, there is a massive need for vaccine in the country. That is why the government has accepted some conditions of Moderna and Pfizer. But a decision has not yet been taken on the condition of damages or liability regarding the major side effects after the use of the vaccine. However. The focus of the government is more on the production of indigenous vaccine. That is why Union Minister Prakash Javadekar had said that by December, the country would have 216 crore doses of the vaccine. This means that governments will be able to give vaccine to 108 crore people. Now let us tell you from where will these vaccines come by December.

The Supreme Court asked the central government questions on vaccination

Meanwhile, a hearing was held in the Supreme Court today on the Corona vaccine policy. During which the court told the central government that when civil rights are violated by government decisions. So we can’t turn a blind eye. So you understand the real situation. The Supreme Court today also told the Center that how much amount has been spent so far in 35 thousand crores fixed for vaccination. And with the remaining money, how many vaccines cannot be arranged for the 18 plus age group?

During the hearing of this case, the Supreme Court asked the central government that what is your vaccine policy? What percentage of people have been vaccinated? A bench headed by Justice DY Chandrachud asked whether 50 percent of the country’s population between the ages of 18 and 45 are able to buy the vaccine. The Supreme Court said that Article 1 of the Constitution says that India is a Union of State. When the constitution says so, the government should buy and distribute the vaccine. The responsibility should not be left to the states.

The Supreme Court also asked this question to the Central Government. Whether you are keeping yourself on One Nation Policy and buying vaccines for the states or are you putting the responsibility on the states. On this, the central government said that if the vaccine is purchased in bulk, then the price can be reduced. Then the Supreme Court said that if what you are saying is true, then why are the states paying a high price. There is a need that the price of the vaccine should be uniform across the country.

And today we have come before you about this concern. That if One Nation in the country. There is talk of one election. Then One Nation for Vaccine. Why is there no talk of one price? Why do people pay different prices for the same vaccine? The concern expressed by the country’s top court regarding vaccination. The same concern is also echoing in the corridors of politics.

To achieve the target, 70-80 lakh people will have to be vaccinated daily

It is really a big concern that the country’s vaccine policy should be transparent. States should get enough vaccines. And for a vaccine, people have to pay the same price. On 15 August 2020, the Prime Minister had announced that next year all the people of the country would be vaccinated. This is going on in the middle of the year 2021. Right now the vaccination rate per day is 19 lakhs. Whereas to achieve the target, we have to vaccinate 70-80 lakh people daily. The Center should take this responsibility.

Now let us tell you why questions are being raised on the country’s vaccine policy. Vaccine shortage continues in most parts of the country including Delhi, Maharashtra, Kerala, Andhra Pradesh. In many states, governments have had to temporarily close even vaccination centers. Whereas private hospitals have so much vaccine that vaccination is being done not only through their own hospital but also through drive-thru.

Talking about Delhi right now, 50 to 60 percent vaccination is being done in the private sector in a day. In Maharashtra, Kerala and Andhra Pradesh, it has reached 80 percent. But the question arises that the country whose 22 percent population lives below the poverty line. And in the second wave of Corona, more than one crore people have become unemployed. Then how will those people be able to get the vaccine at the private center.

In January this year, a meeting of the Central Government and the Association of Healthcare Providers-India (AHPI) was held. Then the pharmaceutical companies had refused to give a dose for Rs 150, but later it was agreed and it was decided that it could be compensated through the private sector.

So first of all, know how much the company making Kovishield is charging from the center, states and hospitals for a dose of the vaccine.

Now it is also important to know here that when vaccine companies center for a vaccine. State. And charging separately from private hospitals. So what is the harm to the common people. Actually, till April 30, a dose of Covishield and Covaccine in private hospitals was Rs 250. Which included a service charge of Rs 100 for a dosage of Rs 150. From May 1, a single dose of Covishield became Rs 600. Above five per cent GST, service charge is different i.e. the price has gone up to Rs 800 to 900.

One dose of Covaccine for Rs. 1200. Separately five percent GST and service charge i.e. price from 1250 to 1400 rupees.
Means two doses for a person at least two thousand rupees. In this way, the cost of vaccination of a family of five members will be Rs 10,000.

So you saw that there are different prices for the same vaccine in India. At the same time, the central government claims that there will be enough vaccines in the country by December. And to overcome this shortcoming, the export of vaccine from the country was stopped. Due to which China’s vaccine is being called in neighboring Sri Lanka and Bangladesh. And China is charging arbitrary prices from them.

Vaccine wastage is also a matter of concern

There is another concern regarding vaccination. That is a waste of vaccines. In 33 districts of Rajasthan, about three thousand doses have been found in the garbage. While the CM of the state is accusing the Center of not supplying the vaccine as per the demand. According to media reports, 500 vials of vaccine were found in the garbage at three dozen vaccination centers in Rajasthan. Each of these contains 10 doses. There was less medicine in some vials. Because some of them were used. On this matter, State Health Minister Dr. Raghu Sharma is saying that these allegations are baseless. But even answering them is not being made.

‘Karnataka government should not just do headline management, listen to your vaccine advisor’, Congress attacked

Mix dose of Corona Vaccine right or wrong, necessary or compulsion? Know what the research says