Former US President Donald Trump, who was cured of this Indian medicine, will now be used again in the treatment of corona in the country 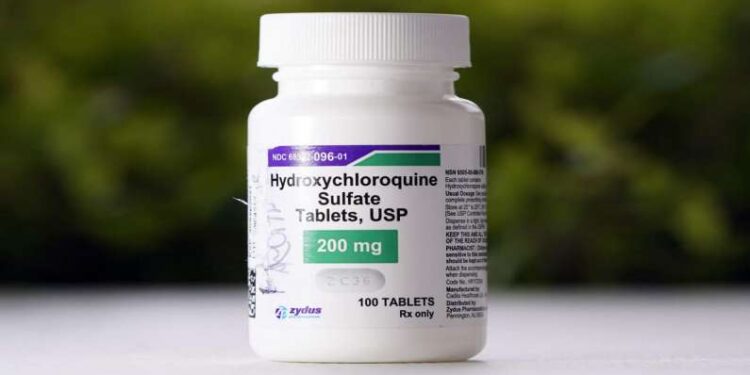 Hydroxychloroquine medicine is helpful in fighting the corona virus and this medicine is made in India the most in the world.

The new variant of Corona is smarter, it is necessary to follow social distancing and be careful – Dr. VK Paul

Eat empty stomach as soon as you wake up in the morning, you will get amazing benefits in these problems from heart to kidney

Former US President Donald Trump used the Indian drug hydroxychloroquine for the treatment of malaria last year. According to Trump, positive results of the drug were seen. The demand for this drug, usually used in malarial disease, increased such that India had to ban its export. The President of Brazil had sent a very interesting message on the arrival of HCQ supplies from India. At the same time, the Food and Drug Administration (FDA) of America did not declare this drug safe.

Now a study published in the Journal of the Association of Physicians of India (JAPI) last week has shown that this drug is effective in fighting corona. reduced to . The study was conducted in May-September last year in 44 hospitals across 17 states, involving hundreds of doctors who had received doses of hydroxychloroquine.

Dr Raj Kamal Choudhary, the nodal officer for the prophylaxis study of HCQ at Bhagalpur Medical College, Bihar, said, “We had given prophylaxis of HCQ in a dose of 400 mg of HCQ to about 2,700 doctors and paramedical staff, laundry and kitchen people. According to Dr Fauci, HCQ acted as an anti-viral agent despite being an anti-malarial drug.

Maximum use of HCQ

Research has shown that India is facing a severe vaccine shortage, and it is still likely to take a few months for the availability of vaccines to improve in the country. In such a situation, it has been advised to use HCQ prophylaxis as much as a corona vaccine. However, the decision on this will require reconsideration by the Union Health Ministry and ICMR.