Covishield Vaccine: Big success for India! 7 countries of the European Union and Switzerland recognized the Kovishield vaccine, included in the Green Passport 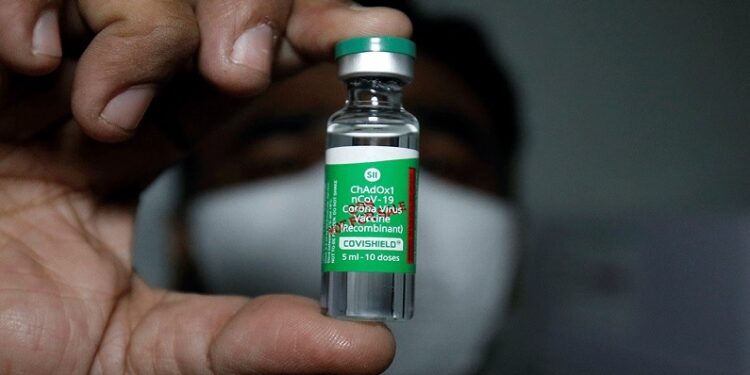 Sources said that India has requested the EU to accept the vaccination certificate issued through the Kovin portal. The European Union’s Digital COVID Certification Scheme or ‘Green Pass’ scheme will come into effect from Thursday.

Video: Has your back pain also spread through the waist, hip and thigh to the whole leg, be careful! you are in the grip of this disease

Weight Loss: Eat these five things in breakfast to lose weight, it is very beneficial for health

Seven countries of the European Union and Switzerland have approved the Kovidshield vaccine on Thursday.

Earlier on Wednesday, India had asked the member countries of the European Union (EU) to include Covishield and Covaccine in the Green Pass scheme. The government has bluntly told the EU to accept both these vaccines or else quarantine will be made mandatory for EU citizens on their arrival in India. The European Union has eased travel restrictions under its ‘Green Pass’ scheme. At the same time, India has requested the 27 member states of the group to consider separately on allowing Indians who have been vaccinated against Kovidshield and Covaccine to travel to Europe.

Sources said that India has told the EU member countries that it will adopt a mutual exchange policy and will exempt European citizens holding ‘green passes’ from mandatory quarantine in their country. The condition is that his request to recognize Kovishield and Covaccine should be accepted. Sources said that India has requested the EU to accept the vaccination certificate issued through the Kovin portal. The European Union’s Digital COVID Certification Scheme or ‘Green Pass’ scheme will come into effect from Thursday. Under this, free movement will be allowed during the COVID-19 epidemic.

Under this framework, people who have received vaccines authorized by the European Medical Agency (EMA) will be exempted from travel restrictions within the EU. Individual member states also have the freedom to accept vaccines that have been authorized at the national level or by the World Health Organization. A source said that we have requested the member states of the EU to consider separately on giving similar exemptions to people who have taken anti-COVID-19 vaccines Kovishield and Covaccine in India. Also accept the Vaccination Certificate issued through the COVIN portal.

There have been apprehensions in India that people who have got Kovishield and Covaccine will not be eligible to travel to its member countries under the ‘Green Pass’ scheme of the EU. An EU official said on Tuesday that EU member states will have the option of accepting vaccines authorized by the World Health Organization such as Covishield. External Affairs Minister S Jaishankar raised the issue of inclusion of Covishield in the EU’s Digital Covid Certificate Scheme during a meeting with European Union High Representative Joseph Borrell Fontelles on Tuesday.