Bihar: MLAs will not be able to participate in the monsoon session of the assembly without getting the corona vaccine 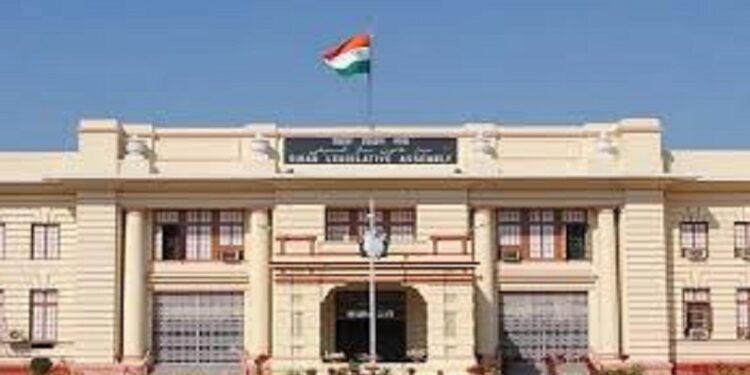 The monsoon session of the Bihar Legislative Assembly is starting from July 26 and will continue till July 30. Assembly Speaker Vijay Kumar Sinha said that such MLAs will not be allowed to take part in the proceedings of the House, who have not administered the dose of corona vaccine.

Health Tips: These habits can be the reason for weak bones, change today

The Speaker of the Bihar Legislative Assembly said that the MLAs who do not get the corona vaccine will not be allowed in the house. (file photo)

Bihar Vidhan Sabha Speaker Vijay Kumar Sinha said on Friday that the MLAs who did not get the COVID-19 vaccine should be allowed to attend the proceedings of the House in the monsoon session. will not be allowed.

In fact, the session of the Legislative Assembly in the state is starting from July 26, which will continue till July 30. The Speaker told the media, such MLAs who have not got the COVID-19 vaccine will not be allowed to participate in the proceedings of the House in the monsoon session. Corona vaccination is mandatory for all the MLAs coming to the house.

MLAs will be given exemption on medical grounds

90 new cases of corona virus have been reported in Bihar. According to the data of the Health Department, eight patients each have appeared from Patna and East Champaran on Friday. Apart from this, less patients have been found in other districts. At the same time, 104 patients have become healthy in the last 24 hours in the state. Now the number of active cases in Bihar has come down to 781.

Not a single infected was found in these ten districts

According to the data of the Health Department, there are 10 districts of the state from where not a single new case has been reported on Friday. These include Araria, Banka, Buxar, Jamui, Jehanabad, Munger, Purnia, Saran, Sheohar and Siwan. At the same time, except Patna and East Champaran, the number of new infected found in other districts is less than 8.

#BiharFightsCorona
Update of the day.
➡️ 90 more #COVID19 +ve cases have been reported so far on 15th July.
➡️Taking total count of Active cases in Bihar to 781.
The break up is follows.#BiharHealthDept #Covid_19 pic.twitter.com/eZ9cVadepc

read this also: Bihar: Big decision of Nitish cabinet! These rights of DDC and BDO were reduced

read this also: Bihar: 16 people have died due to drinking spurious liquor in West Champaran, 5 accused in custody