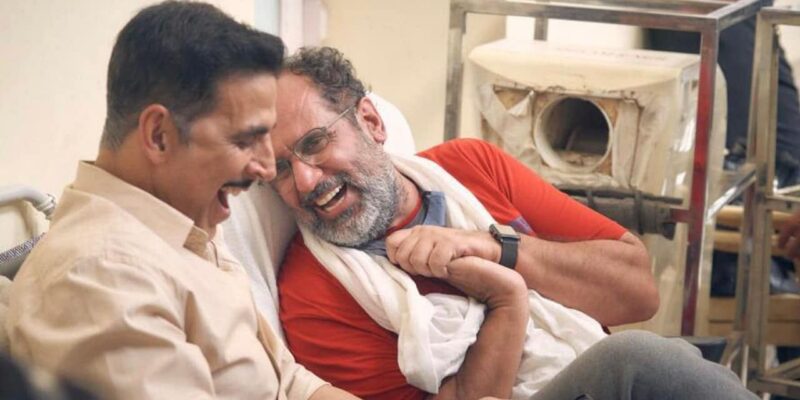 Akshay Kumar wraps up the shooting of Raksha Bandhan

Akshay Kumar has informed about completing the shooting of Raksha Bandhan by sharing the post on social media. The shooting of the film has been completed in Delhi. He has also shared a picture with Aanand L Rai.

Sharing the photo, Akshay wrote – During the entire shooting of Raksha Bandhan, Anand and I kept laughing like this. Laughed as if there would be no tomorrow. By the way, we finished shooting the film last night. There was a bitter tint of sadness. Now in another place. New day, new roller coaster.

In the month of June this year, the shooting of the film started on a big set in Mumbai area. A few days ago, Akshay was also seen running on the streets of Chandni Chowk during the shooting of this film, this photo of him became quite viral. From the information received recently, it has been learned that, last night in Delhi, the team has completed the film with the last day of shooting. The film starring Bhumi Pednekar is set to release in cinemas on the Independence Day weekend on 11 August 2022.

Directed by Aanand L Rai, written by Himanshu Sharma and Kanika Dhillon, the film is produced by Color Yellow Productions, Zee Studios and Alka Hiranandani in association with Cape of Good Films.