What is the meaning of this line written in Sanskrit, which foreign celebs also get tattoos made? 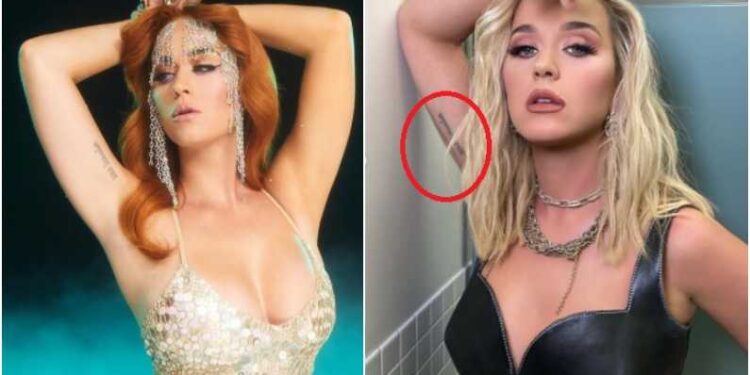 The tattoo of ‘Anugachhatu Pravah’ has been very much in trend in India and many people have got it done.

You must have seen many such pictures and videos, which show that the craze of Sanskrit and Hindi is increasing in other countries. Many foreigners are not only adopting Indian clothes, while many people are also learning Hindi and Sanskrit. At the same time, tattoos are more common among them. There is a very long list of such celebs who have got tattoos done in Hindi or Sanskrit. Many people abroad have got tattoos made in Devanagari, including many famous personalities.

One such tattoo is often in trend and that is ‘Anugachhatu Pravah’. Many people in India have got the tattoo of ‘Anugachhatu Pravah’ done and the trend of this tattoo is also abroad. Famous American singer and songwriter Katy Perry has also got a tattoo written ‘Anugachhatu Pravah’ and many pictures of her tattoo have become viral on social media. In such a situation, know what is the meaning of this line, which people like to get tattooed on their body.

Who got this tattoo done?

The tattoo of ‘Anugachhatu Pravah’ has been very much in trend in India and many people have got it done. Even now the T-shirt written ‘Anugachhatu Pravah’ is also available in the market and on many foreign e-commerce websites also the T-shirt written ‘Anugachhatu Pravah’ is being sold at an expensive price. If we talk about tattoos, then its craze is also abroad. Famous American singer Katy Perry has got this tattoo done on the right hand side and many pictures of her keep coming. Apart from these, America’s famous comedian, actor Russell Brand has also got this tattoo done.

Russell Meditation is also very popular in India due to its association with the ‘Hare Krishna’ group. In the year 2010, he came to Rajasthan and married pop star Katy Perry according to Hindu customs. Apart from this, he is often seen celebrating Hindu festivals as well.

What does it mean?

If we talk about the meaning of ‘paradoxical flow’, then it means to move with the flow, that is, to keep moving forward in the flow. Now people are liking it a lot and many people are making it a part of life through T-shirt or tattoo.

Which people made it in Hindi or Sanskrit

Also read- Which animal does not sleep, does not have ears, this creature hears with its feet