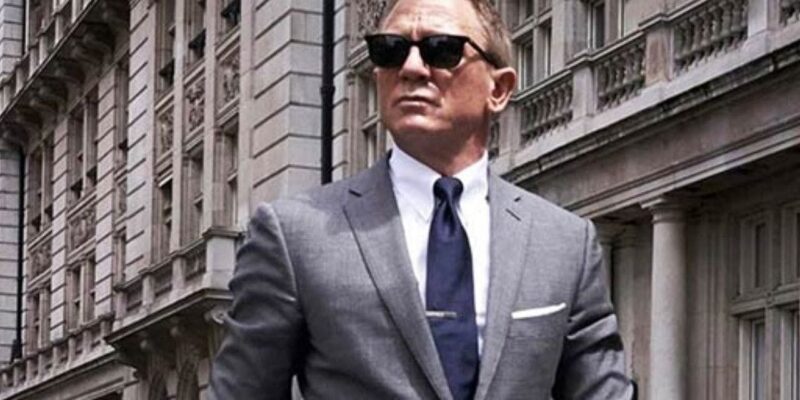 Hollywood superstar Daniel Craig was honored with a special star at the Walk of Fame ceremony. It really couldn’t have been a greater honor for Daniel before his departure for the James Bond character.

Danielle became the 2704th Celebrity on the Walk of Fame

The honor was given on Wednesday in the presence of members of the team of his film No Time to Die, including 53-year-old Daniels, Rami Malek. Daniel Craig has become the 2704th celebrity to receive a star on the coveted Walk of Fame, next to famed Bond actor Roger Moore. After which his fans are congratulating him on social media. Also everyone present in the auditorium expressed happiness on this occasion with thunderous applause.

When Daniel got the honor, his happiness and emotion were visible. According to Variety’s report, Daniels, along with his studio partners and his team, took to the stage to thank the Hollywood Chamber of Commerce. He then thanked the producers who supported him with James Bond, Barbara Broccoli and Michael G. Wilson. He has said that today he would be nothing without all this, thank you all. ‘I never thought that I would hear myself saying this, but it is a great honor to go everywhere in Hollywood’ . At the same time, during the program, Rami Malek praised Daniel and congratulated him.

No Time to Die

No Time To Die, which was released on 30 September. This film is getting a lot of love from all over the world. This film is dominated at the box office. Fans have appreciated Daniel’s work very much. But recently his fans are very sad due to Daniel’s big announcement.

Let us tell you that the famous Hollywood film franchise James Bond’s film ‘No Time to Die’ is the last film of Daniel Craig. After this he has made up his mind to retire from this character. His fans are very sad about this news, but He has given a lot of encouragement to Daniel’s work in ‘No Time Die’ which is nothing less than the best gift for his farewell.

IPL 2021: Deepak Chahar proposed to girlfriend wearing a ring after the match, the couple hugged while laughing, watch video

Thousands of years old toilet found during search, surprising things came out of the tank