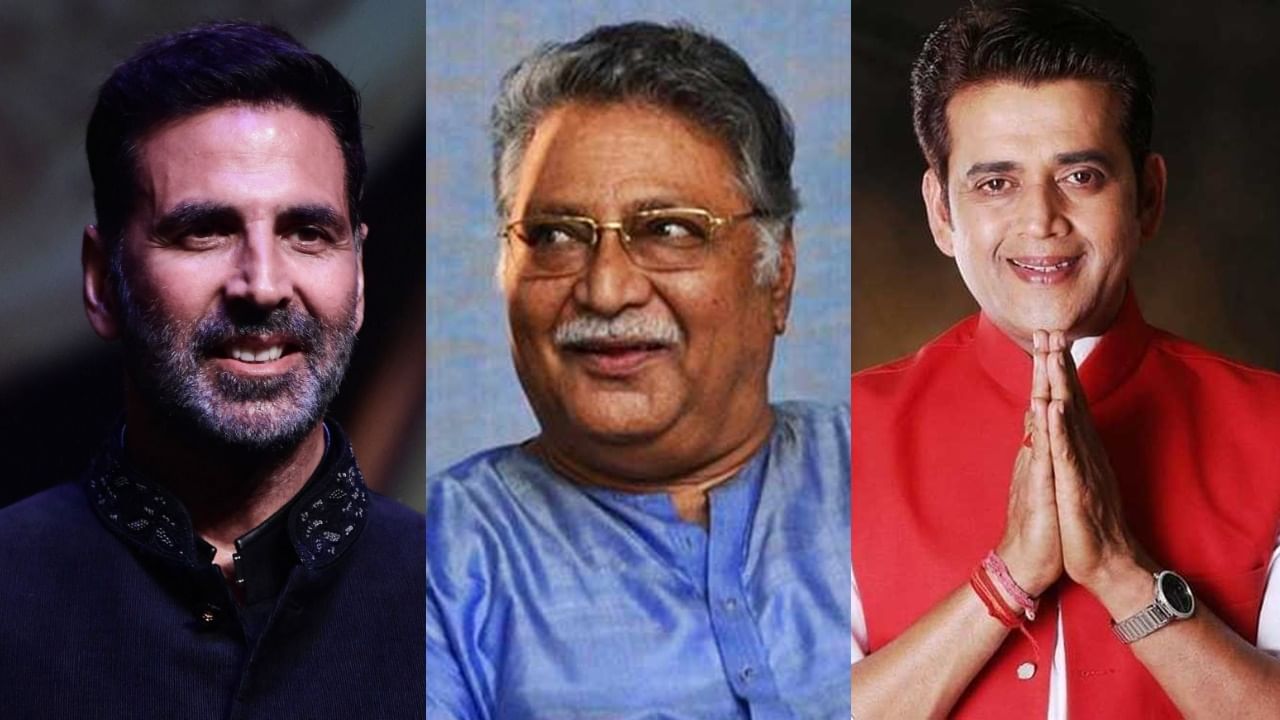 theater and film actor Vikram Gokhale Has died on Saturday due to multiple organ failure. The famous actor was admitted to Deenanath Mangeshkar Hospital in Pune since November 5, although his condition was very critical, so he could not be saved. According to a statement from the hospital, his health started deteriorating on Saturday morning, after which he was put on ventilator support. His remains will be taken to Bal Gandharva Rang Mandir and the last rites will be performed at Vaikunth. He was 77 years old and had contributed to Hindi cinema for a long time.

A source close to the family told the media that “Vikram Gokhale is in a very critical condition, he is suffering from many health problems, and the treatment is not responding to him. Doctors are trying their best, everyone pray for them. Shortly after this statement, Vikram Gokhale said goodbye to the world. On his death, well-known personalities expressed condolences by tweeting.

Very sad to know about the demise of Vikram Gokhale ji. Worked with him in films like Bhool Bhulaiyaa, Mission Mangal, had so much to learn from him. Om Shanti 🙏 pic.twitter.com/WuA00a2bpO

MP Prakash Javadekar tweeted, he wrote that “Saddened by the passing away of veteran actor #VikramGokhale, he was a versatile actor as well as a committed social worker. He brought laurels to Marathi, Hindi theater and film with his exceptional performances.” Left an indelible mark in the industry.My thoughts are with his family Om Shanti!”

Respected King of Marathi Theatre, TV and Cinema #VikramGokhale No longer among us! This is a huge loss for the industry! I pay tribute to his family on behalf of us! om Shanti ! pic.twitter.com/glr8HxEkcT

Saddened by the demise of veteran actor #VikramGokhale, He was a versatile actor as well as a committed social activist. He left an indelible mark in Marathi, Hindi Theater & Film industry with his extraordinary performances. My heartfelt condolences to his family. Om shanti! pic.twitter.com/F5GsWZEKov

Akshay Kumar has written in his tweet that, ‘It is very sad to know about the demise of Vikram Gokhale ji, worked with him in films like Bhool Bhulaiyaa, Mission Mangal, learned a lot from him. om Shanti.’ Celebrity chef Ranveer Brar writes that ‘the loss of a very amazing artist.. Om Shanti, RIP #VikramGokhale.’ So Bhojpuri actor Ravi Kishan has written that ‘My favorite actor Vikram Gokhale is no more, God rest his soul, Om Shanti Shanti Shanti.’

Saddened to learn that #VikramGokhale ji is no more. A true gentleman and a complete actor… his craft lent dignity to all his roles. Fortunate to have worked with him. My sincere condolences to his family and loved ones. Shine on Sir. #legend pic.twitter.com/HjtLyBB3V2

My favorite artist Vikram Gokhale ji is no more, may Mahadev give him a place in his feet Om Shanti Shanti Shanti 🙏 pic.twitter.com/y5j69Irjj0

Director Sanjay Gupta shared his post on Twitter and wrote, ‘Rest in peace sir, you are our ideal’. Tell you, Vikram Gokhale’s daughter Neha shared on social media and said, ‘Shri Vikram Gokhale ji’s Has passed away, thank you all for praying for him in difficult times.


Started his career with Marathi theater

Let us tell you, Vikram Gokhale started his acting career on the Marathi stage and worked in various popular Hindi and Marathi films. He is remembered for playing the role of Nandani’s father in Sanjay Leela Bhansali’s Hum Dil De Chuke Sanam. goes. He also appeared in films such as Salim Langde Pe Mat Ro, Bhool Bhulaiyaa, Mission Mangal, Aiyaary among many other films. His popular Marathi films include Natsamrat, Lapandav, Kalat Nakalat, Wazir, Bala Gau Kashi Angaar, Allowee, Mukta, Mee Shivaji Park and AB Ani CDs are included. He made his directorial debut with the 2010 Marathi film Aaghat.