Vidyut Jammwal has no godfather in Bollywood, will make ‘IB 71’ under the banner of his own production house 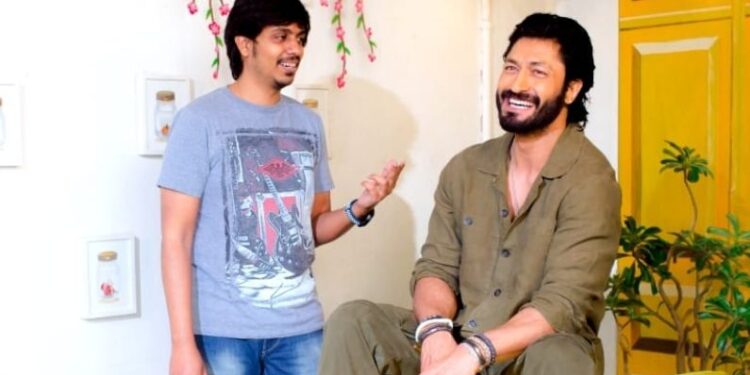 Not every fate can be achieved on the battlefield. Some victories are achieved by clever maneuvers. The film will depict the leader of the Indo-Pak war, who helped India win a war.

Actor Vidyut Jammwal is going to become a producer

Action Hero Films, the production house of Vidyut Jammwal, has announced its first spy thriller film ‘IB 71’. Sankalp Reddy, who won the National Award for the film ‘Ghazi’, will direct this film. The film is Vidyut Jammwal’s first film as a producer and his banner’s first collaboration with Sankalp. Actor Vidyut Jammwal will be seen in the role of an intelligence officer in this film.

The story of this film is based on true events, which will be full of suspense and will show how Indian intelligence officers shook the entire Pakistani establishment. Also gave the necessary advantage to the Indian Armed Forces to face the war.

Some victories are achieved by clever maneuvers

Actor Vidyut Jamwal, who turned producer from the film IB 71, has no godfather in the industry. Whatever he has earned from the industry, he has earned by his hard work and on his own. The result of which is revealed today that Vidyut Jammwal is debuting as a producer with a story that everyone would like to know. Vidyut says, “Some of the most interesting episodes in Indian history have inspired IB 71. With this film, Action Hero Films attempts to uncover an intriguing story by talented writers. As a filmmaker, I have full faith in Sankalp Reddy’s vision.”

Not every fate can be achieved on the battlefield. Some victories are achieved by clever maneuvers. The film will depict the leader of the Indo-Pak war, who helped India win the war. Vidyut will be seen leading the film as an intelligence officer and he is a better lead for the film. It is such a compelling story that will be directed by Sankalp Reddy.

He is a director who has a certain sensitivity towards the subject of this film. The makers of the film are excited to come up with a story that will showcase the bravery of unsung heroes who deserve no credit for their contribution towards the nation. Director Sankalp Reddy says, “IB 71 depicts what happens before victory and tells a story of bravery which is very different. I got involved with this subject when I was told its story. I am extremely happy that the makers have shown tremendous faith in my vision, this film is indeed very special for me.”