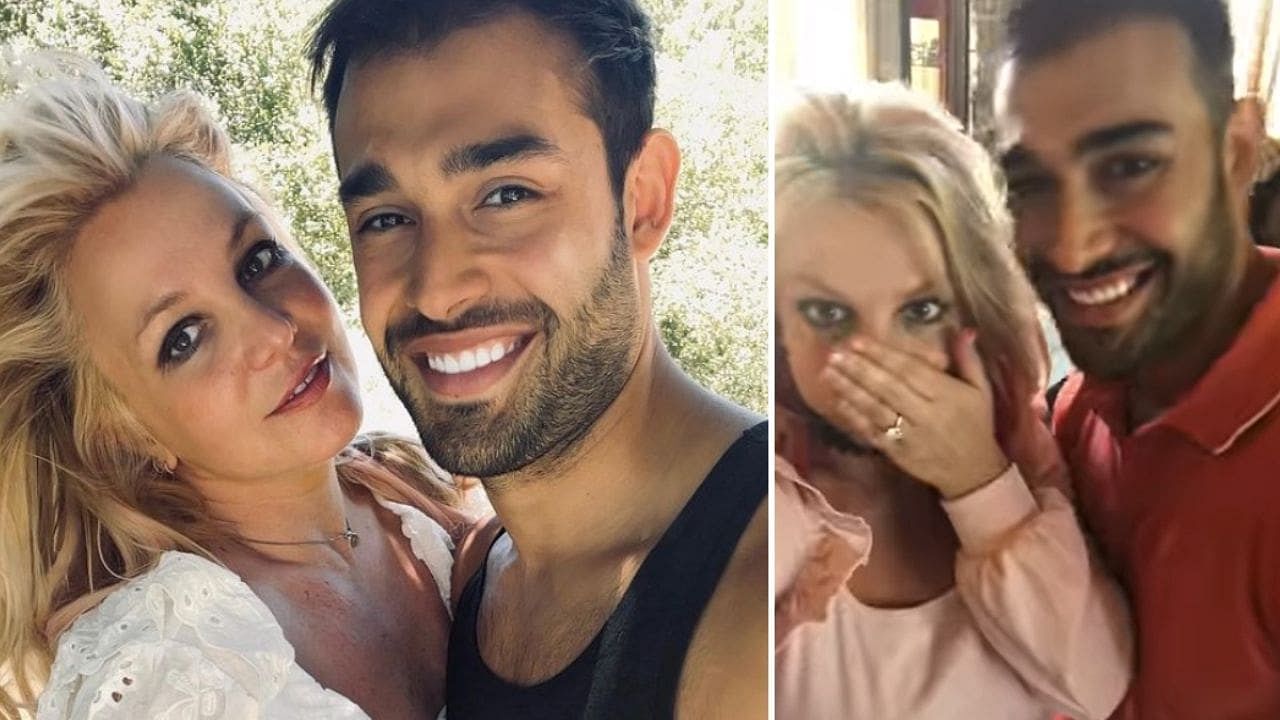 This news has come to the fore at a time when Spears’ father Jamie Spears decided to step down from the singer’s ‘conservatorship’ about a week ago.

Britney was seen showing the engagement ring in the video

Pop star Britney Spears has got engaged to her long time boyfriend Sam Asghari. Britney has given information about her engagement by posting a video on social media, in which she is teasing her fans while flaunting her engagement ring. In the video, she shows her ring, to which Asgari asks, “Did you like it?” To which she replies ‘yes’.

Sam Asghari, 27, is a private fitness trainer and actor by profession. He has also shared a photo on his Instagram account giving information about the engagement. Her manager Bandon Cohn confirmed the news of the engagement to People magazine. Cohen revealed that Roman Malayev Ring designed Britney’s engagement ring.

Britney and Sam have been together since 2016

At the same time, Kohan further said in his statement that the couple has made their long-standing relationship official today. The support, dedication and love they have expressed towards each other has impressed me a lot. Let us tell you that Britney Spears and Sam Asghari first met during the shooting of the music video of Slumber Party. Both are in a relationship with each other since 2016. Brittany is also much older than Sam.

This news comes at a time when Spears’ father Jamie Spears decided to step down from the singer’s ‘conservatorship’ about a week ago. Her father was controlling the singer’s life and bank balance since 2008. Justice Brenda Penney, while giving her decision in favor of Britney, said that the pop singer should get a chance to look after her finances and health.

In her testimony against her father, Brittany said she wanted to marry Sam Asghari and have children, but her “conservatorship” did not allow her to do so. In the court, Britney also said that I have an IUD inside, due to which I cannot get pregnant. So this conservatorship is definitely harming me, not my good.

Also read- Lookalike: Seeing this lookalike of Marilyn Monroe, your senses will fly away, can you identify who is real?

Will solar panels be installed on the roof of the house? Electricity will be available for free! know how much it will cost

After the launch of Tigor EV, now the company can bring Tiago CNG, in this way make bookings of both the vehicles immediately