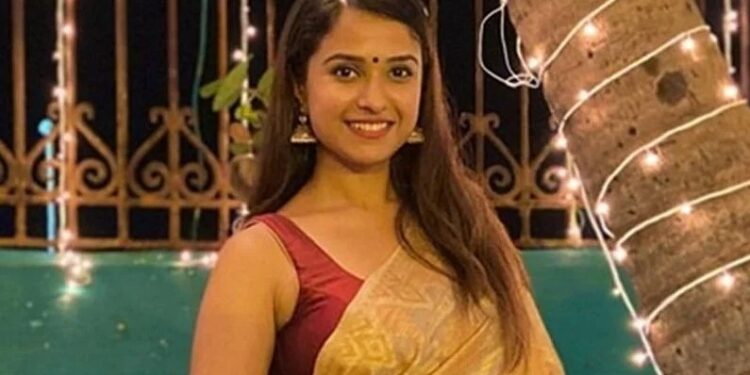 Sushant Singh Rajput’s ex-manager Disha Salian had left this world on June 8 saying goodbye. Today, on Disha’s death anniversary, there is a demand to get justice for her on social media.

Disha Salian, ex-manager of Bollywood actor Sushant Singh Rajput, left this world on June 8 saying goodbye. Disha gave her life by jumping from a 14-floor building. The reason for Disha’s death has not been revealed yet. On Disha’s first death anniversary, there is a demand to reopen her case on social media.

Many users are sharing their thoughts on social media on Disha’s death anniversary. He is raising questions regarding the investigation of Disha Salian case. One user tweeted – Some people think that the truth can be hidden with a little decoration but with time the truth comes out. What is fake will go away. Justice for Disha Salian.

” Some people think that the TRUTH can be Hidden with a little Cover-Up and Decoration.
But as Time goes by, what is True is
Revealed, and what is Fake Fades away… ! “

What happened to Disha that she was thrown from the 14 floor of her own building? What was the fault of the one who Killed him so cruel?We have to know why Disha was killed so mercilessly?

Why most of the witnesses are abondened ??? Disha Salian should get justice ⚖️

Today is 1year, but there is no investigation of Disha Salian case. She was r@ped & murdered. She informed everything to Sushant & he wanted to reveal everything that he wanted to do that’s why he was also murdered. Both cases are linked. @ips_nupurprasad

Let us tell you that BJP leader Narayan Rane had said in the Disha Salian case that he did not commit suicide, he was raped and murdered. Recently, on Disha Salian’s birthday, her old pictures went viral on social media.

On the other hand, in the Sushant Singh Rajput case, NCB has got new developments. NCB recently arrested Sushant’s flatmate Siddharth Pithani. Which has been sent to the custody of NCB by the court for 14 days. Along with this, many drug peddlers have been arrested. If reports are to be believed, Siddharth has made many revelations in front of NCB.

The first death anniversary is on 14th June

Let us tell you that 6 days after the death of Disha Salian, Sushant Singh Rajput left this world saying goodbye. Sushant was found dead at his Mumbai home on June 14. CBI and NCB are engaged in the investigation of his case. Riya Chakraborty was arrested by the NCB in the drugs angle. She was in jail for almost 1 month. After being in jail for a month, Riya is currently out on bail.

After the lockdown, Katrina Kaif is ready to return to work, will start shooting for Tiger 3!