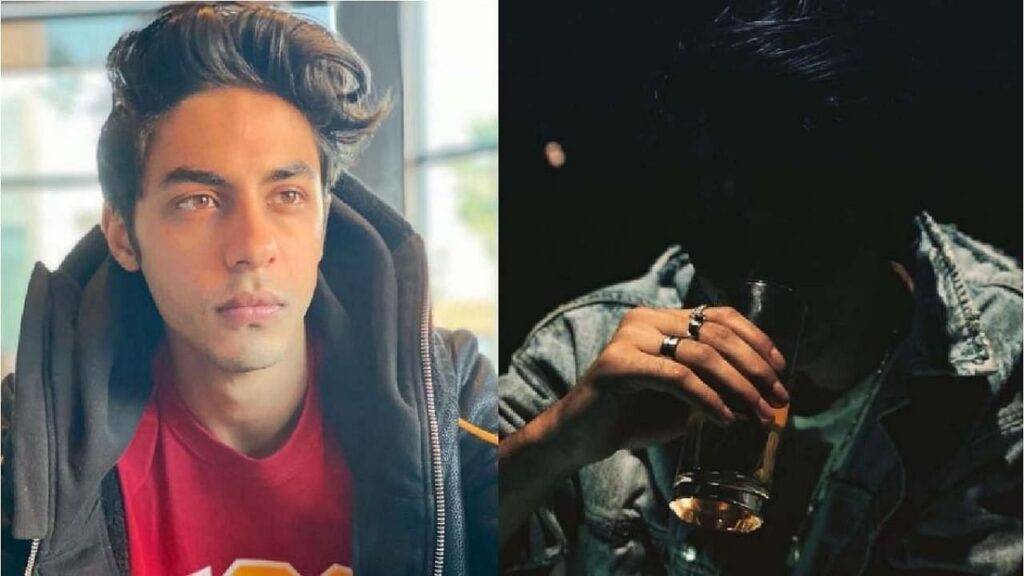 A rave party was going on in a cruise from Mumbai to Goa. Drugs and DJs were organized in this rave party going on in the cruise named Cordelia the Impress. On the intervening night of Saturday-Sunday, the Narcotics Control Bureau (NCB) raided it and started questioning 10 people. After this NCB took 8 people into custody. NCB has revealed the names of 8 people. The most shocking thing that came to light is that among these detained people, Aryan Khan, son of Megastar Shahrukh Khan (Bollywood Super Star Shahrukh Khan’s Son Aryan Khan detained by NCB) is also included.

Apart from this, among the eight people taken into custody, three daughters of a very big industrialist of Delhi are also included. According to the information that has come to the fore so far, drugs were hidden in the sewing of the pants of the participants, in the stitching of the collar and in the sewing of the handles of the girls’ purses, underwear. NCB officials found 4 types of drugs, these include MDMA, mephedrone, cocaine and hashish. NCB has issued summons against 6 organizers of this party and called them for questioning.

Why did the drugs party while going from Mumbai to Goa, was looking for a place where there was no police

The drugs party was organized in the ship while going from Mumbai to Goa in the sea so that there is no fear of the police. In this party, 80 thousand to 5 lakh rupees were collected as entry fees. This cruise has a capacity to go about 2 thousand people. But 1 thousand people were traveling in this cruise. The invitation for this party was given using social media platforms like Instagram. People were invited by giving attractive kits.

It was from these social media platforms that NCB got information that more people are being invited to join the party. Taking advantage of this, the officials of the NCB team also joined on the pretext of wanting to join the party by paying entry fees for the remaining members. After this, the entire raid was carried out by the team of NCB Zonal Director Samir Wankhede.

Arbaaz was the only person who got Aryan Khan included in the party.

The highlight of the party was the presence of Shah Rukh Khan’s son. It is being told that there is a person named Arbaaz Merchant who got Aryan Khan included in the party. Arbaaz is being interrogated. Drugs have been found from his shoes. Most of the people who attended the party had come from Delhi. They came to Mumbai by flight and then went to cruise.

These 8 people including Aryan Khan were detained

The party was organized all night, drugs and DJ too… that is, full dose of entertainment

Initially, this cruise from Mumbai to Goa was booked from October 2 to 4. But according to the source of NCB, this ship was about to leave Mumbai at 2 o’clock on 2nd October and travel to the sea and then return to Mumbai on 3rd October. A full package of entertainment for the passengers was prepared in this musical journey. The event was organized on this cruise under the name ‘Cray’Ark’. From pool party to musical performance, there was to be held here in these three days.

Information was received 15 days ago, it was forbidden to bring drugs for show

In this case, the DG of NCB said that a detailed report will be given to the Shipping Corporation of India and the Shipping Ministry regarding the party going on the cruise. He told that we had received a very confidential information about the drugs party on the cruise about 15 days ago, after which 3 days ago when it was confirmed that the information was absolutely confirmed, we carried out this operation. He said that all those who have been taken into custody have got evidence against them, so they have been detained. He said that whose role will also come out, he will be questioned.

It has been learned that before the start of the party, a 14-page document was also sent, in which all these things were written about when to come, what to do, what would happen and what was forbidden. According to this document, people attending the party had to come between 12 noon and 2 pm on 2 October. It also contained the names of all those 25 artists who were going to perform in this party. Along with this, it was also clearly forbidden to bring ‘drugs and illegal substances’ in it.

Sameer Wankhede is behind the dirty game of drugs in Bollywood

The officer under the leadership of Samin Wankhede, who has carried out this raid by the NCB team, has already exposed the drugs racket related to Bollywood. Especially after the case related to the death of Sushant Singh Rajput, he has kept his focus on Bollywood for the time being. In this regard, from Sara Ali Khan, Rakul Preet Singh, Deepika Padukone, Shraddha Kapoor to Arjun Rampal, the police have made a stringent interrogation. Sushant Singh Rajput’s girlfriend Riya Chakraborty was also arrested.

Aryan Khan: Shahrukh had jokingly said- ‘My son should also experience drugs’, and now it has become true!

As soon as the toss took place in Hamilton, captain Shikhar Dhawan talked about…

Powerful Passport: A document is required for entry into any country of the world,…

IND vs NZ: 2 changes in Team India, Sanju Samson out, this player came to New Zealand