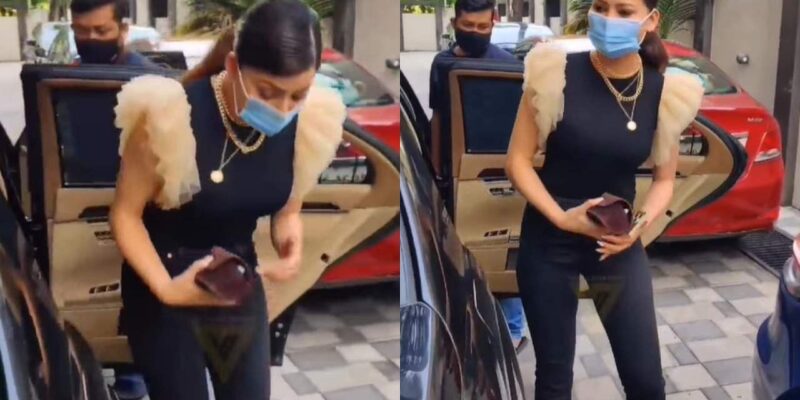 Bollywood actress Urvashi Rautela is known for her beauty and style among fans more than her acting. By the way, Urvashi is always in the headlines for her fitness. The actress remains in the news every day due to her gorgeous looks and expensive outfits. But recently suddenly her iPhone 13 fell from the hands of the actress, after which her condition worsened.

Urvashi Rautela is very active on social media. Her fans are always eager to know everything related to the actress. Now when the actress’s phone fell on the ground, the actress’s expression during that time has been captured in the camera.

Urvashi lost her senses after the phone fell

Recently a video is going viral on social media, in which you can see that actress Urvashi Rautela gets down from a car, but then her iPhone 13 falls on the ground, as soon as the actress’s phone falls down on her. The senses fly away.

The actress immediately picks up the expensive phone that fell on the ground and then looks at it, but as soon as she picks up the phone, the color of her face looks a bit blown away. At the same time, Papji also says that hey madam’s iPhone 13 Pro fell. However, after the phone falls, the actress goes ahead ignoring the camera.

The actress does not even pose with the media after this. It is clear from this that the actress has felt bad due to the phone falling. At present, this video of the actress is becoming increasingly viral on social media and her fans are also giving a lot of reactions to this video.

Recently, Urvashi came into the limelight when she congratulated cricketer and IPL team Delhi Capitals captain Rishabh Pant on his birthday. Urvashi Rautela tweeted and wrote, wishing him a birthday. – ‘Happy Birthday’. After this tweet, users started trolling the actress on social media.

New Film: Sunny Deol is going to give a big gift to the fans, there will be a tremendous explosion on Filmy Friday

The aunt made a tremendous dance on the standing cot, the user said – I wish the aunt’s balance should not be disturbed