Urvashi Rautela will be seen with Randeep Hooda in ‘Inspector Avinash’, the actress has these special projects at the moment 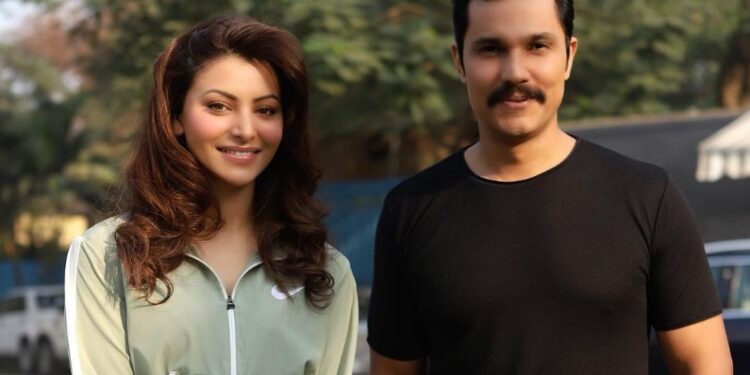 Actress Urvashi Rautela has many great projects these days. In such a situation, she is soon going to make a splash in ‘Inspector Avinash’ with unsurpassed actor Randeep Hooda.

Urvashi will work with Randeep

Urvashi Rautela rules the hearts of the fans. The actress continues to play the magic of her style on the fans every day. These days the actress is in the headlines for her upcoming projects. The actress has many projects one after the other at this time, due to which she is running very busy.

The actress recently shared a post on her social media and informed that she has started shooting for the third schedule of her upcoming web series ‘Inspector Avinash’. Let us tell you that actor Randeep Hooda is going to be seen in the series with Urvashi. The crime-thriller show Sunny Deol-starrer ‘Bhaiyaji Superhit’ fame is directed by Neeraj Pathak and produced by Jio Studios.

Apart from this, Urvashi Rautela has signed a three-project deal with Jio Studios. The web series ‘Inspector Avinash’ is a biopic based on the super-cops Avinash Mishra and Poonam Mishra.

Let us tell you that recently, Urvashi Rautela shared a glimpse of her vanity van for the fans, in which she is sitting and studying her character just before the shooting.

In this, the actress is wearing a blue outfit with her make-up and hair, and her forehead decorated with a bindi as the role requires. He wrote in the caption of the photo, “Ready for the shoot of Inspector Avinash at 4.40 am”.

What is the director’s say on Urvashi?

Urvashi Rautela director who Neeraj Pathak expressed the experience of working with the actress on the sets, said, “Urvashi is an incredibly dedicated, disciplined actress and is not only approachable towards her roles but also with her daily lifestyle and health. Also follows discipline. The actress follows a strict routine and does not go back from it. His discipline and professionalism have kept him at the top of his game .

Also, if we talk about the actress’s upcoming project, Urvashi Rautela will make her Tamil debut with a big budget Tamil film, in which she will play the role of a microbiologist and an IITian, ​​and later she will be seen in a bilingual thriller. Giving.

With the Hindi remake of “Black Rose” as well as “Thirutu Payale 2”. The actress recently got a blockbuster response for her songs “Dub Gaye” with Guru Randhawa and “Versace Baby” with Mohammad Ramzan. Urvashi is in the lead role along with Randeep Hooda in Jio Studio’s web series “Inspector Avinash”, a biopic based on the true story of super cops Avinash Mishra and Poonam Mishra.

Throwback: When Sushant Singh Rajput talked about his fear, he told why there is no fear of death?