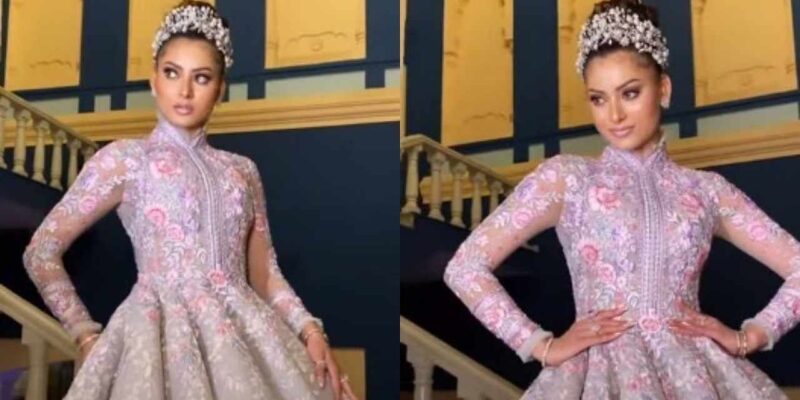 Actress Urvashi Rautela rules the hearts of her fans. The actress is always dominated for her special style. Urvashi’s fashion game is always in the limelight, the actress never fails to grab the attention of the audience and amaze them with her looks, she is truly an absolute fashionista, the actress can grace every look, be it Be it casual, designer or airport.

It would not be wrong to say that the actress totally owns the “Diva Title”. The actress who is highly active on social media, Urvashi Rautela who has a charm in herself, the beauty walks the ramp as a complete diva.

Urvashi looked very beautiful while walking the ramp for the famous designer Michael Cinco. She didn’t seem to be working with Cinderella. The actress shared a glimpse of her ramp walk with the designer on her social media, in fact she looked like an angel. She wore a huge ball gown dress. As soon as the actress uploaded a quick ramp walk video, fans showered love for Urvashi Rautela in the comments. This ball gown dress of Urvashi Rautela is worth 40 lakhs.

Urvashi did not walk the ramp for the famous designer Michael Cinco for the first time, she walked the ramp at the Arab Fashion Week in the dress of Egyptian Princess Cleopatra.

The actress recently got a blockbuster response for her songs “Dub Gaye” with Guru Randhawa and “Versace Baby” with Mohammad Ramzan. Urvashi Rautela is playing the lead role opposite Randeep Hooda in Jio Studio’s web series “Inspector Avinash”, a biopic based on the true story of super cops Avinash Mishra and Poonam Mishra.