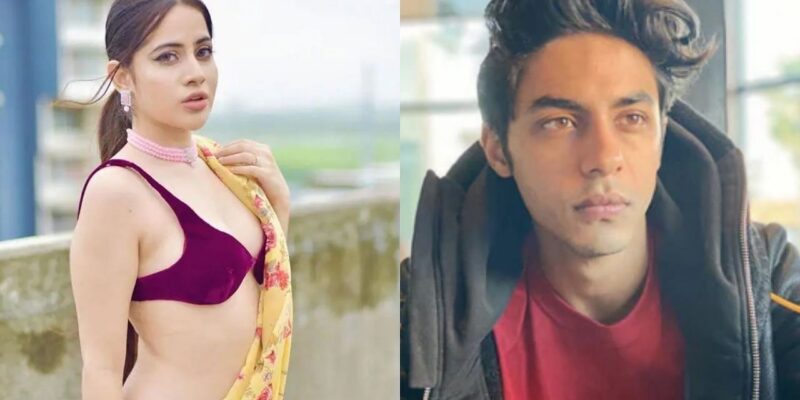 ‘Bigg Boss OTT’ fame Urfi Javed has now come out in support of Aryan Khan, son of Bollywood superstar Shah Rukh Khan. Several allegations have been leveled against Aryan after being taken into custody by the NCB, that he had attended a cruise party where drugs were being consumed. At present, Aryan is in custody and the matter is being investigated.

In the matter, Urfi said that it will probably take a long time for Aryan to come out of this shock. Even before the court’s decision, people have started cursing him only because he is the son of Shahrukh Khan. Why don’t we show equal outrage for rapes and murders. We are in a hurry to shame the actors even before the court’s decision. Why don’t we act so fast when it comes to shaming rapists?

Urfi has been seen in shows like ‘Meri Durga’ and ‘Bepnaah’

Urfi has made headlines for her airport looks and shows like ‘Bade Bhaiya Ki Dulhania’, ‘Meri Durga’ and ‘Bepnaah’. He said that political leaders, religious leaders are facing charges. People worship him even after rape, and we are after a child who has not harmed anyone, but is being publicly defamed.

Aryan Khan, who was trapped in the cruise party drug case, has been kept in Arthur Road Jail. Satish Manshinde was fighting Aryan Khan’s case till now. But Shahrukh Khan has now given the case of son Aryan Khan in the hands of Senior Advocate Amit Desai. Aryan Khan is currently in custody for 14 days. According to the news published in Dainik Bhaskar, Aryan Khan is not eating and drinking properly in the jail and is living on Parle G biscuits bought from the canteen for the last 4 days. Aryan Khan is not talking to anyone much in jail, even he has not bathed for 4 days.