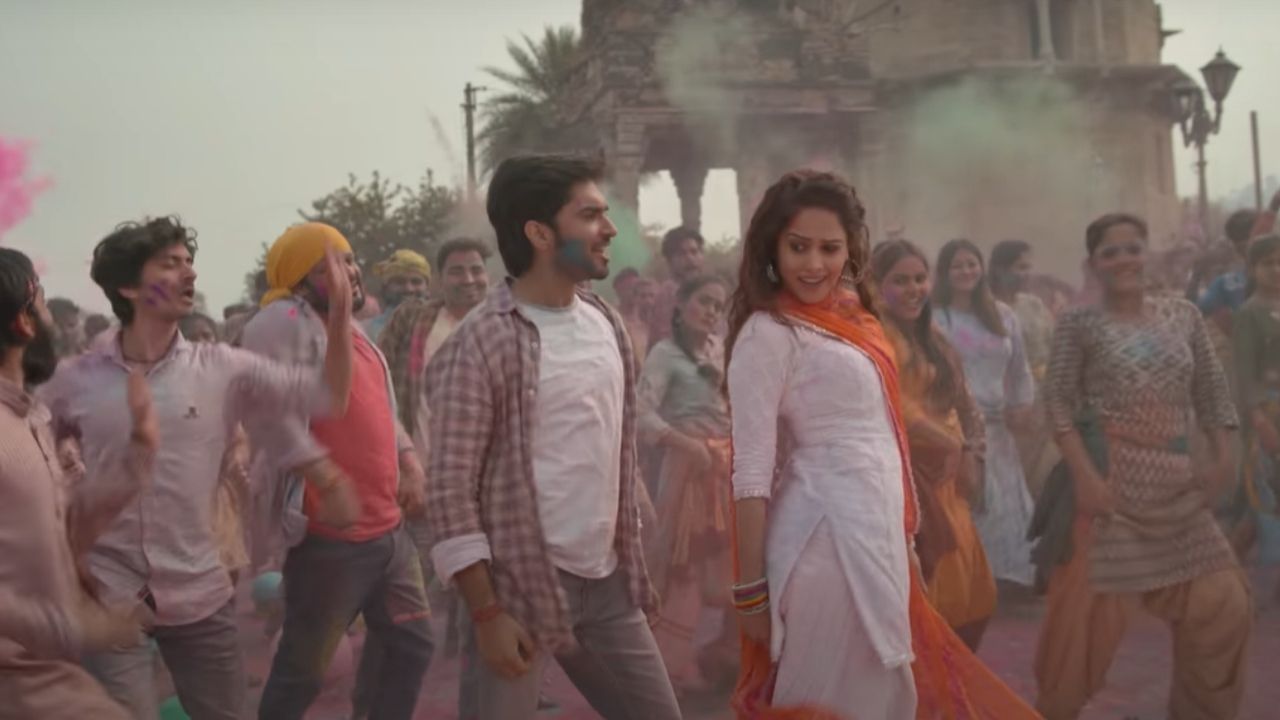 Dhvani Bhanushali and Amit Gupta’s new romantic track ‘Uda Gulal Ishq Wala’ (Uda Gulaal Ishq Wala) has come to the fore. With this song you can once again celebrate your beloved. This song is Nusrat Bharucha (Nusrat Bharucha) And Anud Singh Dhaka’s film ‘Releasing in public interest’ (Janhit Me Jaari) is of. The song is shot on the backdrop of vibrant and colorful streets of a small town which is quite fun and promises to be on your Holi playlist. ‘Uda Gulaal Ishq Wala’ is written by Abhishek Talented. At the same time, it has been choreographed by Sushma Dilman Sunam. Composed through Abhishek-Amol, the song is showing great influence of instruments like Tabla, Dholak, Indian Taal, Banjo and Harmonium, making it a perfect desi song.

Let us tell you, ‘Janhit Mein Jaari’ is a film by Think Ink Pictures Production in association with Bhanushali Studio Limited and Shree Raghav Entertainment LLP. The film is directed by Jai Basantu Singh and produced by Vinod Bhanushali, Kamlesh Bhanushali, Vishal Gurnani, Raj Shandilya, Vimal Lahoti, Shraddha Chandavarkar, Bunty Raghav, Rajesh Raghav and Mukesh Gupta. Also, Juhi Parekh Mehta has co-produced it, which is to be released under the banner of Zee Studio. This film will knock in theaters around the world on June 10.

Watch this song of the film here-

Actress Nushrat Bharucha is busy shooting for her upcoming film these days, meanwhile she is also taking time out to promote her upcoming film ‘Janhit Mein Jari’. When Nusrat Bharucha reached Vinod Bhanushali’s office last evening, she was shocked. There the entire team associated with the film, Anod Singh, Vinod Bhanushali, Vishal Gurnani, his fans and media were eagerly waiting for him. His fans had arrived with some props related to the film. The tagline of her film, “Ek Womaniya Sab Pe Bhaari…Yeh Soochna Hai Janhit Mein Jari” was cheered loudly by the media and her fans and Nusrat was overwhelmed to see.


Nusrat Bharucha’s film will be released on June 10

Jai Basantu Singh has directed this social comedy film. The film also stars Anood Singh, Tinu Anand, Vijay Raj and Paritosh Tripathi. The film’s actress along with the makers announced this with a very unique message while releasing a cute video on social media, with the message that read, “Ek womaniya hai sab pe bhari, this information is released in public interest.