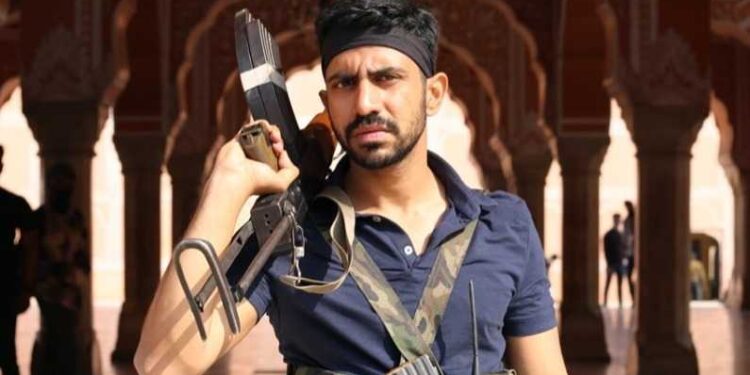 The film State of Siege: Temple Attack has recently been released on G5. Now the film’s actor Mridul Das has talked about the heart in a conversation with NewsNCR-

Recently the film State of Siege: Temple Attack has been released on the OTT platform. Along with the story of this film, the acting of the stars is being appreciated a lot. Actor Mridul Das has joined this list. Mridul has appeared in the role of a terrorist in this film. In such a situation, recently, Mridul has a special conversation with TV 9.

Mridul, who has appeared in many TV shows, has recently shared his special experiences related to the film for the fans in an interview given to TV 9. The actor has told how hard he has worked for this film.

Mridul has told that due to the success of the film, he is currently on the seventh sky, because it took him many years to reach here. The actor says that now that he is getting so much love from the fans, he is unable to understand how to react. He has said that yes on this, I can only say that I am very happy at this time because the feeling that comes late is coming now.

never thought of getting into the movie

When the actor was asked whether he had ever thought of appearing in films? So to this he said that he never thought that he would get work in the film, because most of the TV actors are thought that they will only be able to work in TV and not in the film. Not only this, the actor said that initially I had done Crime Patrol in compulsion because I had to feed the house and run the house and due to not getting work, I had to do that too. Mridul has further said, working in Crime Patrol was also very challenging for him because in that show everything is shown on real basis. The actor said that while doing that show, he had got free acting training there.

how challenging was the role

When Mridul was asked about the role of the film, he said that I used to get the right opportunity only once in my life, I got it through temple attack. The actor said, a role like Farooq makes an identity among the people. Mridul has told that this role was very challenging for me because that role was of Pakistani Punjabi, and I am from Mumbai, so I did a lot of work on Pakistani Punjabi after giving audition.

Akshaye Khanna did not know

Mridul has told that I did not expect at all that an actor like Akshaye Khanna is going to work with him in the film. Not only this, the actor told that everyone thinks that if it is an OTT film then it will be a normal actor. While praising Akshay, Mridul said that we all know how great an actor he is, actors like us have grown up learning by watching him. I was very happy when I came to know that I will get a chance to work with Akshaye Khanna.

with whom do you want to work

The actor has also spoken openly on new projects. Mridul said that yes he has a big project at the moment, which will be presented on Eros Now next month. Mridul has said that this project is going to be different. At the same time, the actor has told that his mother is very happy to see his success. Not only this, Mridul has told in this conversation that he wants to work with Nawazuddin Siddiqui in future because Nawaz inspires him and if Anurag Kashyap directs that film, then what is the matter. That is, Mridul wants to work with Nawaz and Anurag.

Also read- Wife accuses Raghuveer Yadav, saying – Because of the actor, she is running the expenses by pledging gold…

Photos: Mouni Roy wreaked havoc in a red outfit, don’t stop to see the hot style of the actress