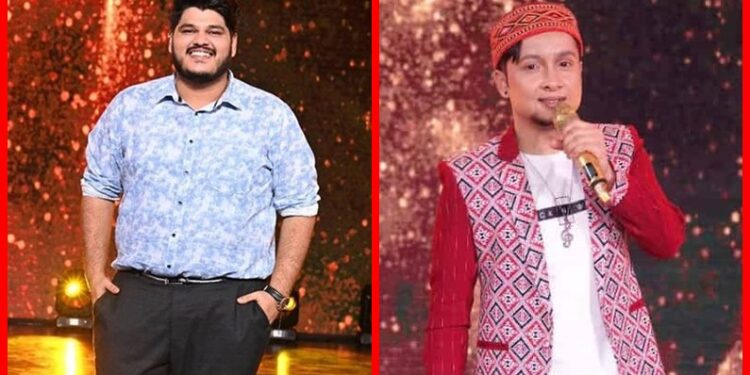 Indian Idol 12 is now moving towards its last stop. A shocking decision came to the fore in the public’s decision that came out on Sunday.

Pawandeep Rajan is in bad condition

After the exit of talented singer like Ashish Kulkarni from Sony TV’s singing reality show Indian Idol 12, his fans on social media are demanding to bring him back in the show. But as far as Ashish Kulkarni is concerned, this talented singer of Indian Idol is very happy with his journey. After getting out of the show, first in a conversation with Tv9Bharatvarsh, he told that he wants to thank God and the makers of the show because he could reach the top 7 on such a big platform like Indian Idol. But after the end of this journey, he is missing his brother Pawandeep a lot.

Ashish says that he had not even reached his home in Pune, when he got a call from Dada (Pavandeep Rajan). Pawandeep Rajan told him that he still cannot believe that Ashish is out of the show. Pawandeep has a feeling that Ashish has just gone downstairs to buy something from the shop and he will come back in a while. He can’t believe that his room partner, his friends are out of Idol and he is missing them a lot.

Regarding bonding with his Pawandeep, Ashish Kulkarni says that he and Pawandeep are exactly like brothers. They think that they have been made to work together further. Not only is Ashish’s bonding with him amazing, but he believes that he has not yet met a talented singer like Pawandeep. Ashish says that Pawandeep is also a brilliant composer and a great singer. The more famous he is, the more love he gets from people, the more ‘down to earth’ he is.

will work together soon

The friendship of Pawandeep and Ashish is so deep that both of them also fought the war with Corona together. Soon after the end of Idol, they will be seen working on some music compositions together.