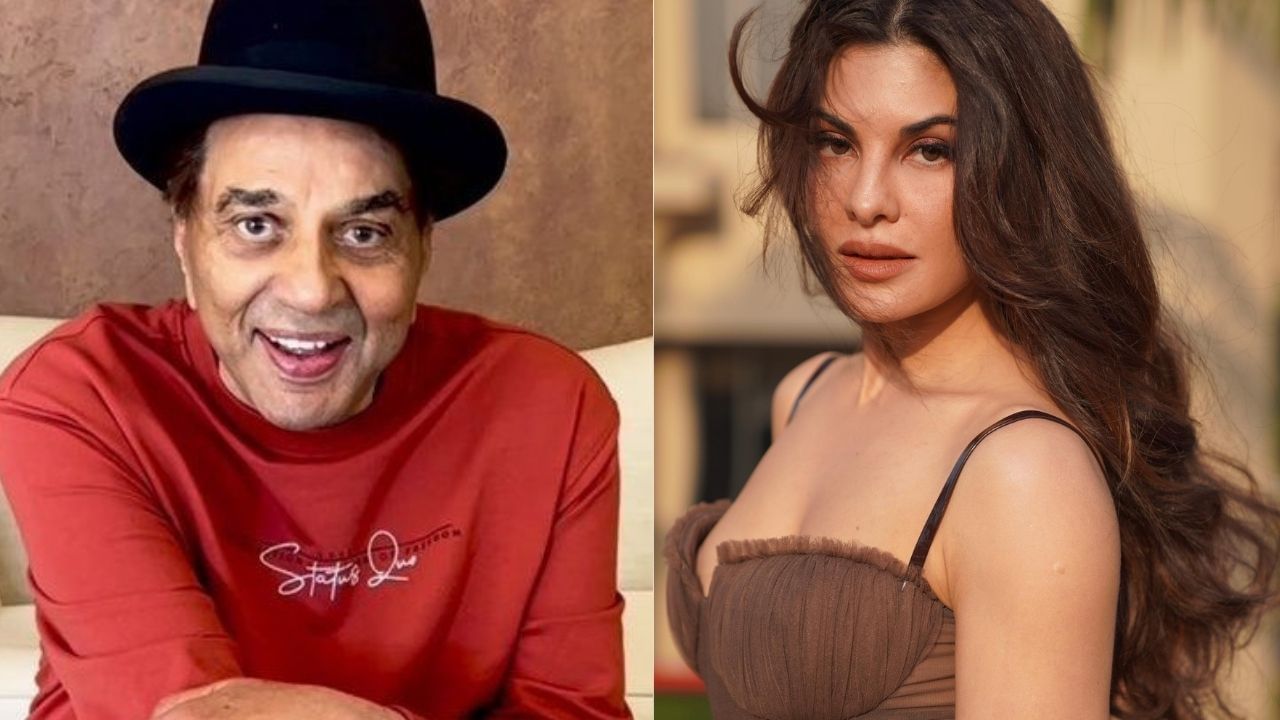 This Sunday, many main news of the entertainment world came in the headlines. If you have missed these news then do not worry at all, you can read these news in detail in Entertainment Top 5.

entertainment world (Entertainment Industry) Every day something or the other happens that makes headlines. At the same time, fans are also very curious to know the news related to their stars. Sunday was also very important for the entertainment world. Where on one side Bollywood’s veteran actor Dharmendra (Dharmendra) While she has been admitted to the hospital due to ill health, Jacqueline Fernandez (Jacqueline Fernandez) ED has attached property worth Rs 7.27 crore. This Sunday, many main news of the entertainment world came in the headlines. If you have missed these news then you do not need to worry, you can read these news in detail in Entertainment Top 5.

Dharmendra Hospitalized: Bollywood actor Dharmendra has been hospitalized, will remain under the supervision of doctors for a few days.

About four days ago, Dharmendra was admitted to the ICU of a hospital in South Mumbai. The latest report is that he has been taken out of the ICU. It is also heard that his son, actor Sunny Deol came to meet him today and spent time with him. A source told BT that, Dharmendra is doing better now than before but he will be constantly under the supervision of doctors and is expected to stay in the hospital for a few more days. However, there is no official update on the health update of the veteran actor yet.

Jacqueline Fernandez to ED: Jacqueline made many big revelations in ED’s interrogation, thug Sukesh had gifted millions of cats and diamond jewelry

Bollywood actress Jacqueline Fernandez has been in the news for a long time due to controversial reasons. The actress was rumored to be in a relationship with conman Sukesh Chandrashekhar, which she later denied. Recently, the Enforcement Directorate (ED) has seized the property of the actress worth Rs 7.27 crore. Jacqueline is accused of taking valuable gifts from accused thug Sukesh Chandrakesh. With this, the actress is making rounds of the ED in a money laundering case of Rs 200 crore. Let us inform that after the disclosure of the matter, during the investigation it was found that Sukesh Chandrakesh used to blow money on Jacqueline like water. After this, there have been many more big revelations in the latest information.

Pathan Digital Rights: Shahrukh Khan’s much awaited film Pathan sold digital rights, the amount is so big that you will be shocked

Shahrukh Khan is going to be seen in a film after a long time. This film is being discussed for a long time. Although this film is going to be released next year i.e. in 2023, but many updates related to the film keep coming out. Now such an update related to this film is coming out, knowing that you will press your finger under your teeth. Actually, the digital rights of this film have been sold long before the release of Shahrukh’s film Pathan, but its amount will surprise you.

South Star Yash’s film KGF 2 has tied the fans in such a way that even in the third week, the film is earning a lot. People are praising this film, due to which the crowd of people in theaters keeps increasing every day. The third week’s earnings of Kannada superstar Yash’s film KGF Chapter 2 are also great. After the film earned Rs 350 crore, now KGF 2 is heading towards the club of Rs 400 crore. The film is continuously earning (KGF 2 Box Office) in Hindi belt. Recently, Yash’s film has crossed the Rs 1000 crore mark worldwide in all languages.


Chhavi Mittal, who underwent breast cancer surgery on April 25, has been discharged from the hospital today (May 1). Recently, the actress has shared a good news video on social media. In this video Chhavi (Chhavi Mittal) can be seen getting ready to go home leaving hospital things behind. Sharing the post on Instagram, the image has written in the caption that, now is the time to go home. I was finally discharged from the hospital today. I was missing home a lot these days. Finally I am going to meet everyone.

Yasin Malik was convicted in the terror funding case, then PAK got chilli, PM Shahbaz Sharif started begging for help

WhatsApp Chat: Get back deleted WhatsApp messages within minutes, try this easy method

Rajshekhar wrote an emotional note after the screening of ‘Shaker’ was stopped through the court, saying – this film is everything to my family

100 Dalit families forced to migrate in Aligarh, posters of ‘House for sale’ put up outside the house; this is the big reason

Rakesh Jhunjhunwala’s Akasa Air will get its first plane in June, will fly in July

The market is out but the shares of steel companies are out, Tata Steel falls by 14%

Before the budget session of UP, CM Yogi Adityanath said – ready for debate on all the issues of the opposition