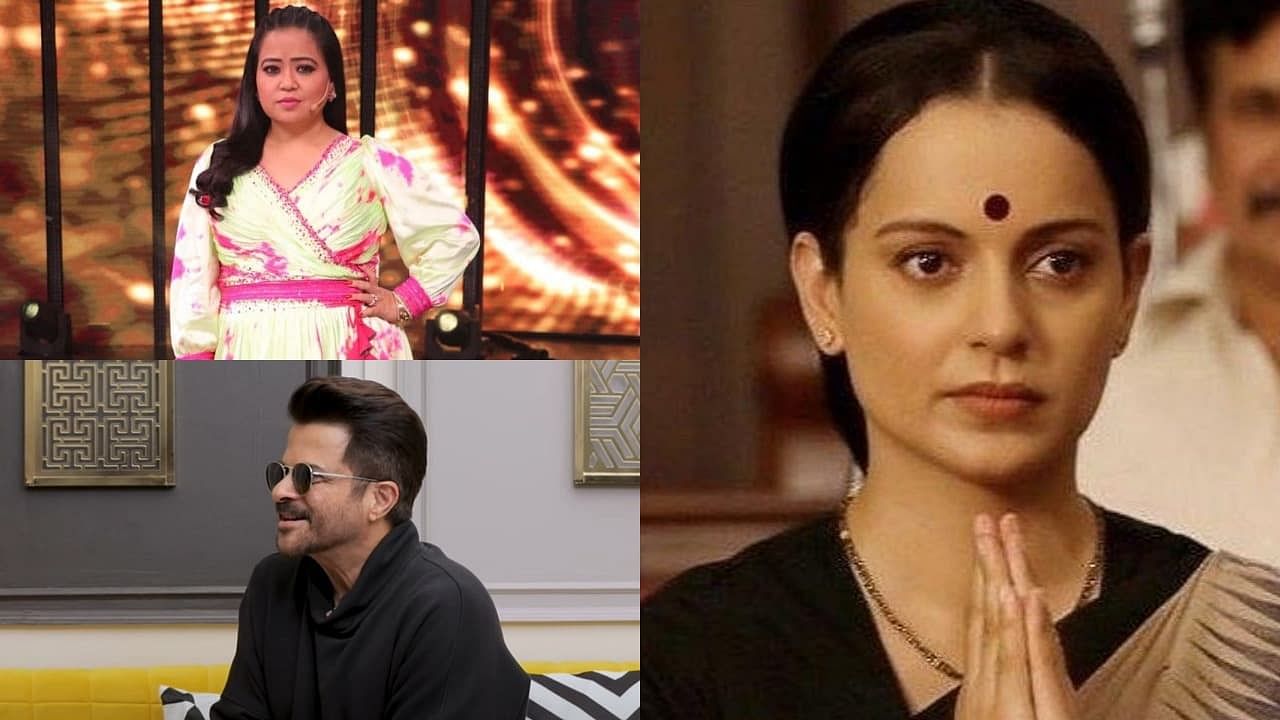 Many big news remained in the headlines on Monday. So let’s know the big news of the entertainment world of September 13 in Entertainment Top 5.

Samantha made a special comment on her husband’s post, put an end to the news of divorce

Fans like Naga Chaitanya, the son of South cinema’s famous actress Samantha Akkineni and Nagarjuna. This couple, who ruled the hearts of the fans, got married in 2017. Both are considered to be the cute couples of the South Indian industry. For a long time there have been reports that their married life is not going well. But in the meantime, Samantha has commented on her husband’s post, which has been covered.

It has been in the news for a long time that things are going bad between Samantha and Naga Chaitanya, the two may also part ways. However, now a post of Samantha has put an end to all these news. The rumors of their separation first started after Samantha had removed the surname from her Instagram handle. She has been questioned about this and the actress has decided to maintain her silence on this.

Comedian Bharti Singh has surprised everyone by losing 15 kg. Seeing his transformation, everyone wants to know how Bharti has done all this. Changes were visible in Bharti after the lockdown. Now Bharti has told that she has lost weight by intermittent fasting.

Bharti was spotted on the sets of Dance Deewane 3 today. Bharti hosts this show with her husband Harsh Limbachiyaa. During a conversation with the photographers, Bharti has told the secret of her fitness to everyone. Bharti said that whenever you take a photo inside your stomach. Bharti said that I have not done any yoga to lose weight, did not go to the gym. I controlled my food and ate on time. She is running now-a-days or intermittent fasting. I have done the same.

Anil Kapoor told his ‘secret of youth’ in Arbaaz Khan’s show, gave a befitting reply to the trollers

Arbaaz Khan has returned with season 2 of his show Pinch. In this show, Arbaaz talks to Bollywood celebs about online trolling as well as talks to them about comments on their posts. Bollywood actor Anil Kapoor is going to appear in Arbaaz Khan’s show this week.

The new promo of Pinch Season 2 has been released. In which he is seen giving a befitting reply to the trollers. In the video, Anil Kapoor is seen in a black outfit. Along with this, he is wearing black shades. In the promo, Arbaaz Khan says that Sir a fan has asked the question that what is the secret of Anil Kapoor’s youth. In response to this question, Anil Kapoor says that it is a Bollywood song, na – bahut diya dene ke tujhko, aanchal hi na samaaya ko kya kije.

Fans of Kangana Ranaut’s film Thalaivi were eagerly waiting. The wait of the fans is over and the film has been released in theaters on 10 September. The film was directed by former Tamil Nadu Chief Minister J. Jayalalithaa’s biopic. The film depicts Jayalalithaa’s journey from acting to politics. This film has been liked by the critics a lot but has proved to be unsuccessful in showing its magic in theatres.

Kangana Ranaut’s film Thalaivi is not able to bring the audience to the theatres. The film has a very poor performance at the box office. Thalaivi’s weekend box office collection has come out, which has shocked everyone.

Unfinished: Users are speaking on hiding the name of Priyanka Chopra – you did not tell the whole truth

Priyanka Chopra’s book was released a few months ago, which was titled Unfinished. In this book, Priyanka had given complete information about her journey from India to the US. How she became Miss World from Miss India and after that she spread her magic in Hollywood, it is all in this book.

Recently Priyanka was asked about her book whether she wants to attract the fans by hiding the identity of the people in her book towards the book? On this Priyanka said, ‘This book is mine, not about anyone else. So why tell about others in this.’ Priyanka further said, ‘There is no other’s story in this, it is mine. It is written in the biography of Priyanka, isn’t it? So this is my story. It is very funny when I read the reviews and some people have written in it that Priyanka has not told the whole truth in this. So that means you guys want gossip. You want me to gossip with the name and you enjoy it.